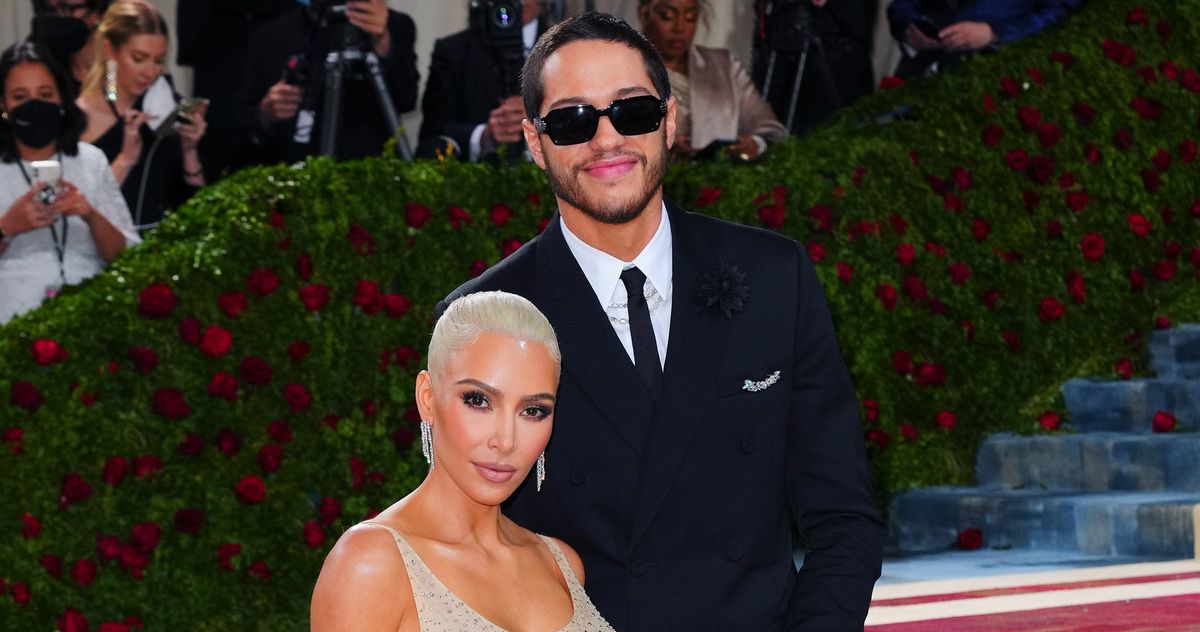 Kim Kardashian has reportedly stepped down from her duties as the Queen of Staten Island as she and her boyfriend, Pete Davidson, have allegedly broken up after nine months of dating. E! News reported that the couple broke up “sometime this week,” citing difficulty with long distance and their busy schedules. The two met on the set of Saturday Night Live, where they both played Jasmine and Aladdin for a sketch and shared a kiss. Rumors of a relationship quickly began as they were seen in Davidson’s home of Staten Island, where she became the queen for a short reign. *Stefon voice* Their relationship had everything: human branding, diss tracks, vintage dresses that mysteriously get ripped at the butt, and a reality docuseries debut that involves showering in front of your girlfriend’s family. Will the drama be addressed in the newest season of The Kardashians? Their relationship has been mentioned briefly in the first season, but it seems to have taken a more prominent role according to teasers for season 2. But if they happen to need any more footage, momager Kris Jenner is probably already calling, “Action!”

Things you buy through our links may earn New York a commission.

Beyoncé Drops New ‘Break My Soul’ Remix With Madonna
The Rehearsal Recap: I Don’t Like to Lying to People