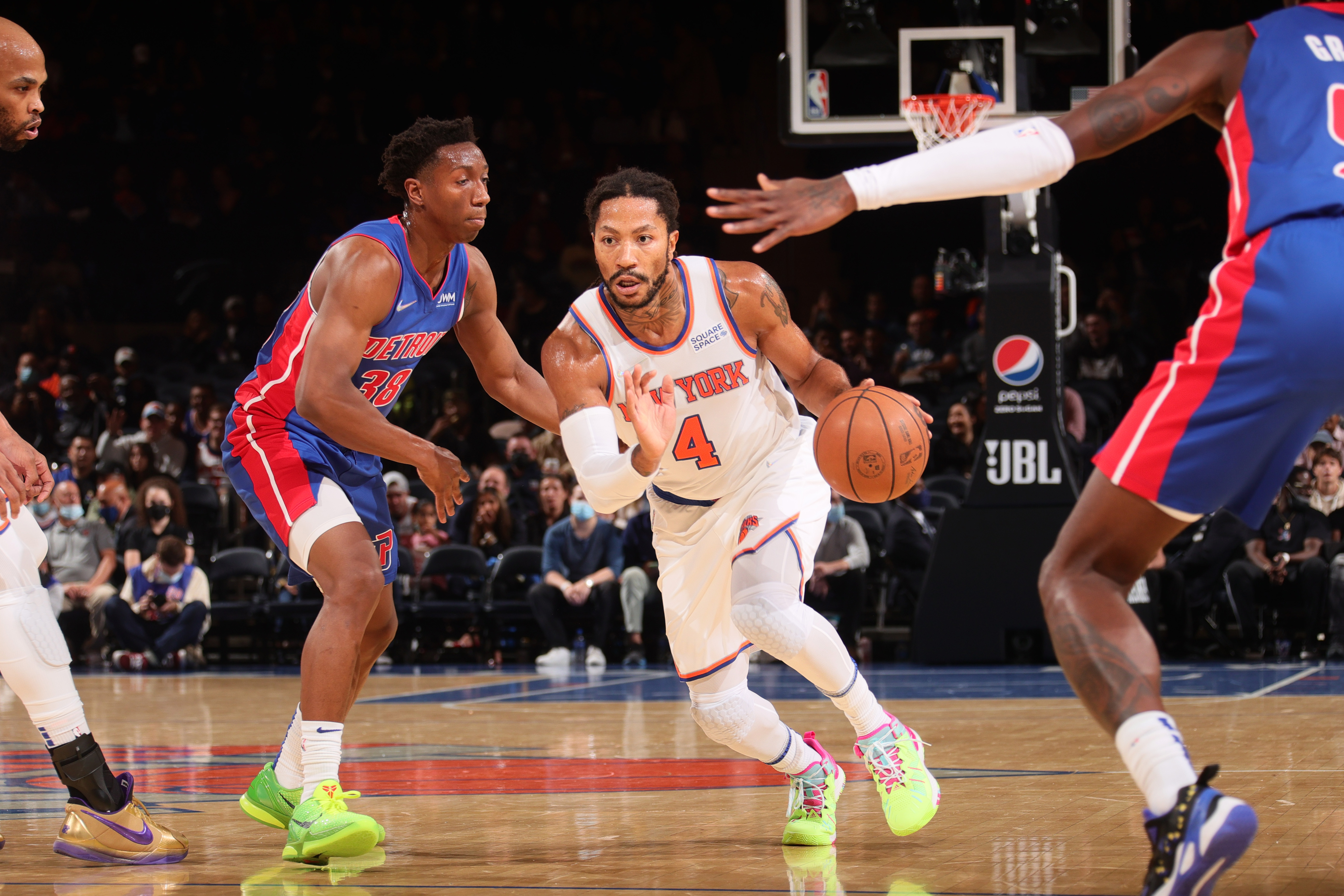 Rose told reporters after the game that he preferred to remain on the floor down the stretch of Wednesday’s game because it was his last chance to get prepared for the start of the 2021-22 season.

“This is all I got until the regular season comes and it’s full-speed,” Rose said. “So I don’t want to rest. I want to play and catch my rhythm.”

Rose scored 14 points on 6-of-9 shooting in the 108-100 win. He added five assists and had one turnover, but he still wasn’t satisfied with his performance. Rose said he wished he had more time to build some momentum.

“Just get used to the ball in my hands, of course I had a couple of turnovers tonight, but it comes, and I have to shake the rust off,” Rose said. “I feel Taj (Gibson) is the same way, you get to work on your game and we’re hoopers, we just like hoopin’. So it’s kind of different when you’re not out there…”

Knicks star Julius Randle, the 2020-21 most improved player, had a game-high 29 points and 11 rebounds. Gibson added 21 points and nine rebounds. Rose said he believes it’s up to the veterans to set an example for the younger players through their work ethic.

“When you’re out there and you’re working and they see you come in the gym, sometimes you beat them to the gym, talking about the younger guys,” Rose said. “Their respect level goes up to a different level, or they look at you kind of differently, they can tell that you’re a professional.

“That’s what it’s about,” he continued, “coming together as a team, understanding the common goal and giving your all. I feel like the OGs on the team, that’s what we’re doing right now.”

The Knicks have one more preseason game on Friday against the Washington Wizards, but the starters and key rotation players are likely to rest. New York will open the season on Wednesday Oct. 20 at home against the Boston Celtics.