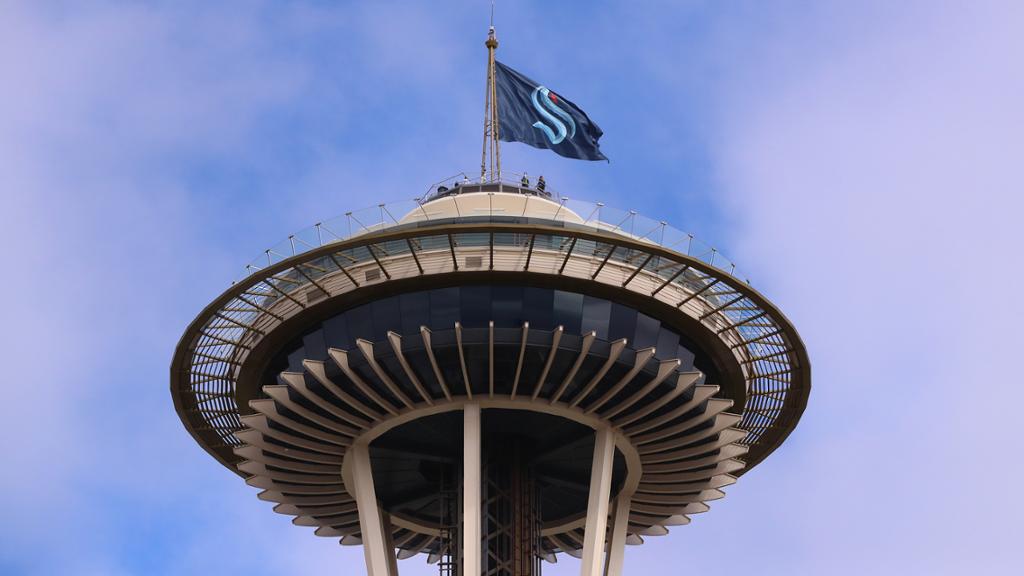 The Seattle Kraken have a roster of 30 players and the rest of the offseason to finalize their first opening night lineup.

“We’re excited about what we have right now,” general manager Ron Francis said Wednesday after the 2021 NHL Expansion Draft presented by Upper Deck. “There’s a lot of opportunity to tweak our lineup over the next four or five months and we’ll look to take advantage of that if we can.”

The Kraken revealed their 30 selections in front of more than 4,000 fans at Gas Works Park on the north shore of Lake Union in Seattle.

The NHL’s 32nd team chose one player per team, excluding the Vegas Golden Knights, who were exempt after joining the NHL as an expansion team in 2017-18. The Kraken selected 15 forwards, 12 defensemen and three goalies.

Seattle operated under the same expansion draft rules as Vegas four years ago.

“When you first see the picks, it’s amazing how many good players are available around the League,” said defenseman Mark Giordano, Seattle’s pick from the Calgary Flames. “A ton of young talent, obviously, coming into the lineup. Like we saw in Vegas, there’s an extremely large amount of players who are great players who were available, and I think it was a great start today and we’ll see what happens over the next couple of months.”

Seattle picked two Stanley Cup champions with a combined three rings; defenseman Vince Dunn (St. Louis Blues, 2019) and forward Yanni Gourde (Tampa Bay Lightning, 2020 and 2021), who could be out until November after having shoulder surgery.

Chris Driedger, Vitek Vanecek and Joey Daccord, the three goalies selected, have combined for a 2.50 goals-against average and .916 save percentage in 84 NHL games.

Seattle took Giordano, who won the Norris Trophy voted the best defenseman in the NHL in 2019 and was Flames captain for the past eight seasons. He has played the most NHL games (949) among Seattle’s picks.

Right wing Jordan Eberle, selected from the New York Islanders, has scored 551 points (241 goals, 310 assists), the most among the players the Kraken chose, in 779 games.

The Kraken utilized the exclusive window they had to sign pending free agents exposed to them by selecting and signing Driedger from the Florida Panthers, defenseman Adam Larsson from the Edmonton Oilers, and defenseman Jamie Oleksiak from the Dallas Stars.

The terms of the contracts were not disclosed. The three players counted as the selection from their former teams. Each could have become an unrestricted free agent July 28.

“I couldn’t really sleep much last night, I was just really excited,” Driedger said. “A new chapter in my life and my career. This is a beautiful city. The fan base has been unbelievable so far. You obviously hear about the season tickets getting sold out in 12 minutes so you know it’s going to be electric. I can’t wait to get going on opening night.”

Seattle will play its first regular-season game Oct. 12 at Vegas and its home opener Oct. 23 against the Vancouver Canucks.

The Kraken could be making some trades after the NHL roster freeze and signing/waivers moratorium for the other 31 teams ends at 1 p.m. ET Thursday, but Francis said there aren’t many in the works. They made no trades before submitting their expansion draft selections to the NHL and NHL Players’ Association at 10 a.m. ET on Wednesday.

Four years ago, the Golden Knights made 10 trades with teams who were willing to give up players or draft picks to guarantee a particular available player would not be chosen. Vegas reached the Stanley Cup Final that first season, losing to the Washington Capitals.

“I think last time GMs were more willing to in a sense overpay to protect certain assets,” Francis said. “This time they learned from that and they weren’t willing to make the mistakes that they made last time.”

The Kraken instead used picks to build a roster they believe is loaded with two-way, versatile forwards; experienced defensemen; young players with potential; and goalies who have shown promise but have a lot to prove.

Giordano, Oleksiak, Larsson and Dunn could be the top four defensemen. Dunn is a pending restricted free agent, and Francis said the plan is to sign him.

“I love the mix that we have there with some of the size, some of the ability, puck-moving ability, the skating ability and the leadership as you look at that group within our dressing room,” Hakstol said.

Video: Kraken forward who could step up offensively

Seattle selected five forwards who have played at least 300 NHL games: Eberle (779), Calle Jarnkrok from the Nashville Predators (508), Joonas Donskoi from the Colorado Avalanche (399), Jared McCann (353) from the Toronto Maple Leafs, and Gourde (310).

“There’s potential to get somebody to step into your lineup out of the draft,” Francis said.

The free agent market opens July 28 at noon ET. The Kraken want to be active.

“That would be our plan, yeah,” Francis said. “Certainly there’s guys that were protected that might be available. So we’ll certainly look at who is out there on the 28th and hopefully we can entice more guys to come and join us.”