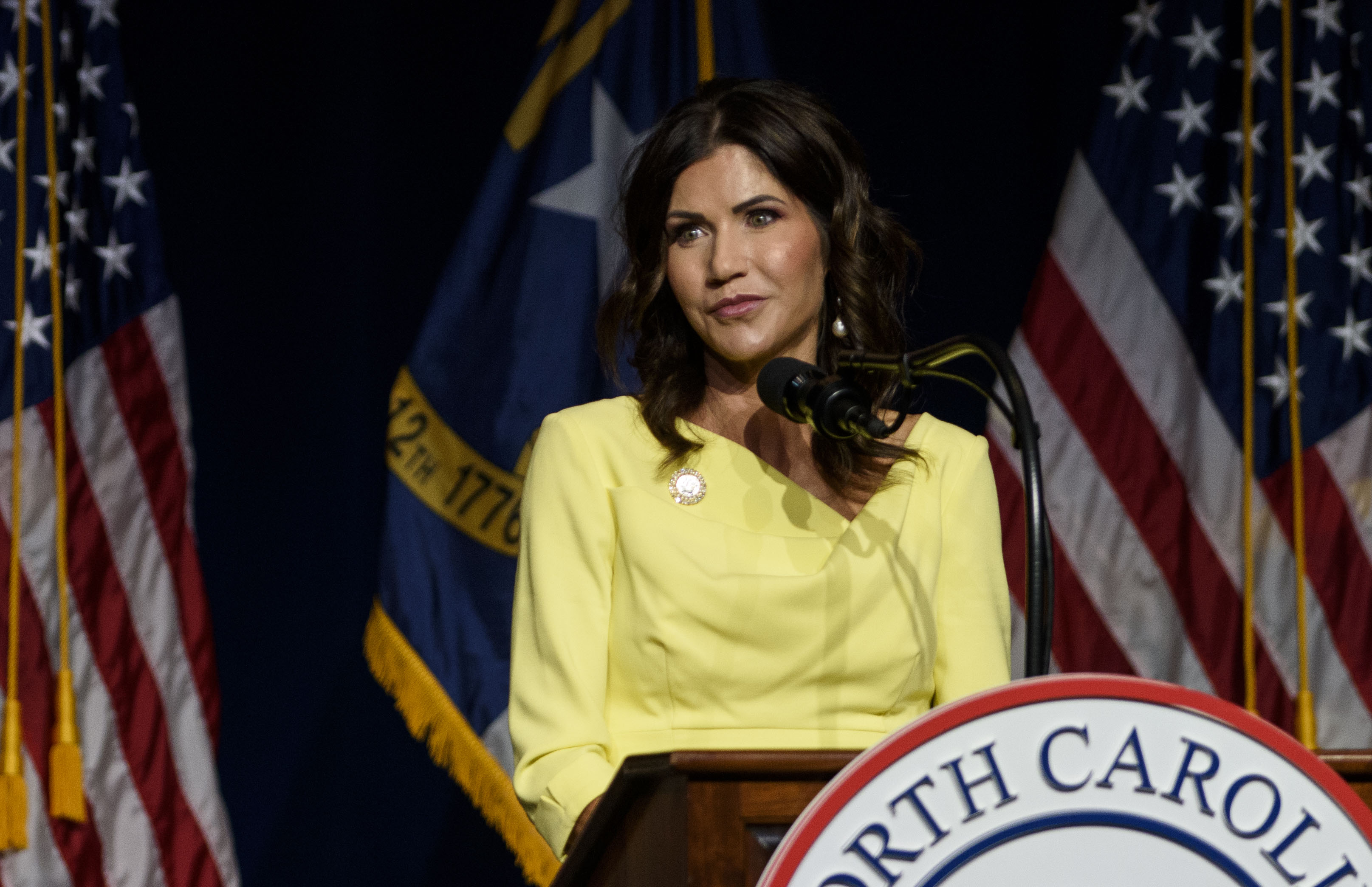 South Dakota Gov. Kristi Noem announced Tuesday that she will deploy up to 50 National Guard troops to the Mexico-U.S. border – a mission not funded by South Dakota or the federal government but a billionaire GOP megadonor with a staunch commitment to “protect America.”

“The Biden Administration has failed in the most basic duty of the federal government: keeping the American people safe,”Noem, a Republican, said. “The border is a national security crisis that requires the kind of sustained response only the National Guard can provide.

“We should not be making our own communities less safe by sending our police or Highway Patrol to fix a long-term problem President Biden’s Administration seems unable or unwilling to solve. My message to Texas is this: help is on the way.”

The deployment, which will reportedly last between 30 and 60 days, is currently being bankrolled by Willis Johnson, the founder and chairman of Copart Inc., a global corporation that facilitates vehicle auction and remarketing services.

Johnson, who hails not from South Dakota but Tennessee, told Politico that he’s “trying to help out the governor and help America.”

In another interview, The Capital Journal asked Johnson whether he thought it was appropriate for a private donation to sponsor military action. “This is America, buddy. I fought in Vietnam,” he responded. “I don’t think this is a, this is America. It’s not private. You sound real negative. I don’t want to talk to you, bye.”

The megadonor’s philanthropic organization, the Willis and Reba Johnson’s Foundation, has in the past donated to a number of churches and the National Rifle Association, according to 2018 tax filings uncovered by The Washinton Post. The Daily Beast also found that the foundation has also given money to Alpha Pregnancy Center, which advises women against having abortions. Individually, Johnson has donated to the campaigns of various Republicans, including Sen. Marsha Blackburn, R-Tenn., Senate Minority Leader Mitch McConnell, R-Ky, and former president Donald Trump.

Though the billionaire told The Post that 100% of the investment will go to Noem’s border mission, it remains unclear precisely how large the donation was.

Noem’s move has sounded alarms amongst military ethics and policy experts not only because it circumvents established levers of state power, but because the South Dakota governor is also on the shortlist of potential GOP presidential candidates in 2024.

Asked whether the governor has the legal authority to launch a privately-funded national security mission of this nature, Noem spokesperson Ian Fury told Politico: “The Governor has authority under SDCL 5-24-12 to accept a donation if she determines doing so is in the best interest of the State. The Governor has additional authority to accept donated funds for emergency management under SDCL 34-48A-36.” The Army Times noted that the privately bankrolled mission appears to be the first of its kind in American history.

Currently the U.S. has stationed roughly 3,600 National Guard troops along the southern border. The troops were originally sent there as part of a Trump administration directive back in 2018 to address what he referred to multiple times as an “invasion” of Central American immigrants attempting to cross the border by caravan. The Pentagon and the Department of Homeland Security continue to work in concert to secure the border.

Last month, the U.S. saw a record 180,000 border crossings, a surge that has sparked concern from mainstream Democrats and Republicans alike. Over the past year, the Biden administration has fought to unwind many of Trump’s more stringent border policies, though the recent uptick has emerged as a complicating factor in finding more permanent policy solutions.