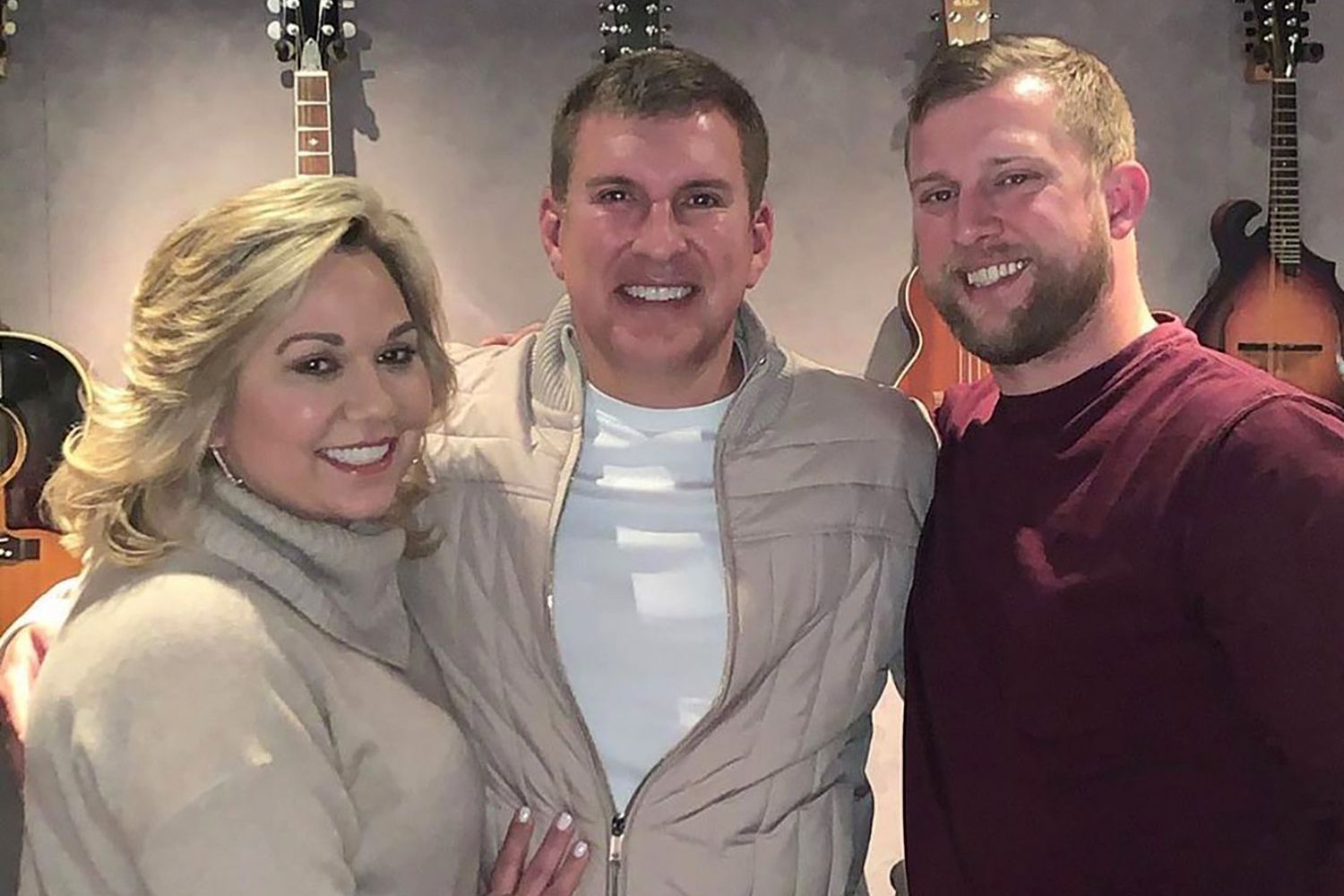 Kyle Chrisley, the once-estranged son of Todd and Julie Chrisley, is speaking out after their sentencing.

“Do not judge, or you too will be judged. For in the same way you judge others, you will be judged, and with the measure you use, it will be measured to you,” the verses read. “Who do you look at the speck of sawdust in your brother’s eye and pay no attention to the plank in your own eye?”

Their former accountant, Peter Tarantino, was also sentenced to 36 months in prison for his ties to the fraud scheme.

The longtime couple was convicted in June of conspiracy to commit bank fraud, conspiracy to defraud the United States and tax fraud. Julie was also convicted of wire fraud.

Todd and Julie’s sentencing was initially delayed from Oct. 6 to Nov. 21 after their attorneys filed a joint motion for a new trial.

Leading up to Monday’s sentencing, Todd and Julie spoke openly about their strengthened faith amid hard times. Todd recently said God’s influence helped him power through.

“I live in my truth. I celebrate my truth with my Lord and Savior and with you [Julie]. I’m grateful for my marriage. You know when I pray, I always say ‘God, thank you for my relationship with you. And thank you for my wife, my children,'” he continued. “But I think my peace has come in the storm through God and the Holy Spirit making me aware that I am right here. I’m right beside you. I’m working with you. I’m working for you.”

Todd shares Kyle — and formerly estranged daughter Lindsie Chrisley — with ex-wife Teresa Terry. Tensions between Kyle and the two former Chrisley Knows Best leads worsened after Todd was granted custody of his son’s daughter, Chloe, with ex Angela Johnson. But Kyle later revealed that they have since made amends.

“I haven’t been the best dad to Chloe,” he wrote on Facebook in 2019. “I’ve had a problem with drugs, I’ve acted completely ridiculous and through all that, they have stood by my side.”

“Nine months ago, I went to my dad with an apology,” he added. “His words were ‘I love you always, and you are forgiven’ and just like that, I was welcomed back into his life with open arms. I will be forever grateful for his love [and] graciousness.'”