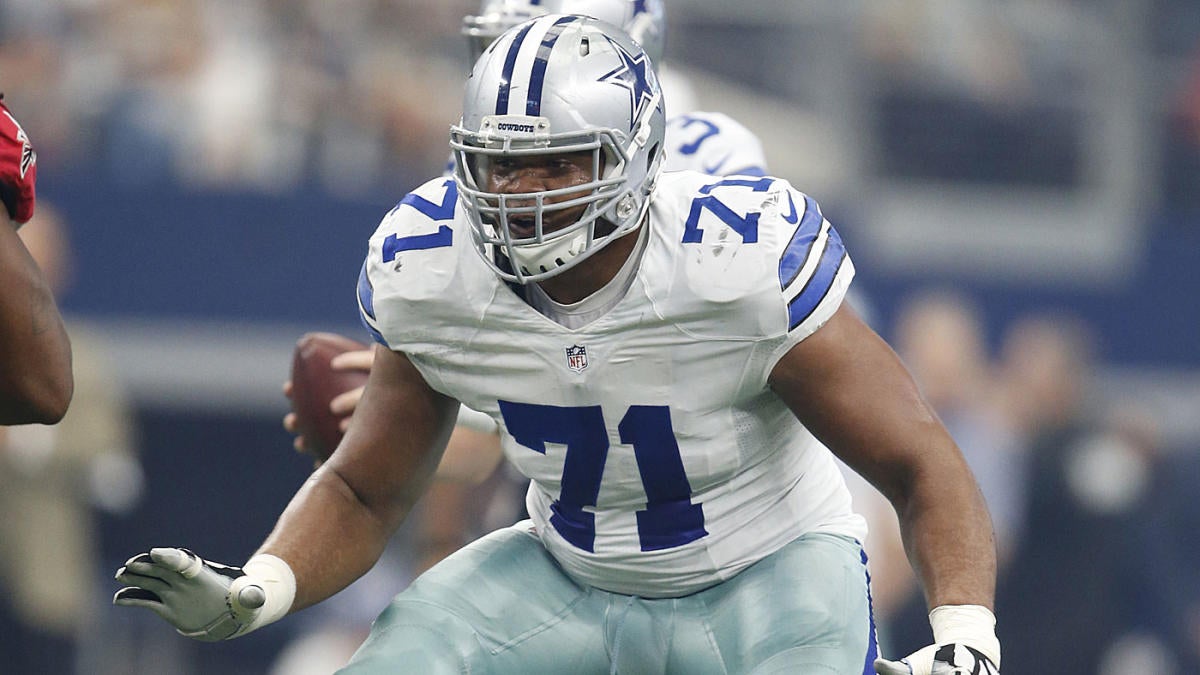 Hoping to escape the dreaded 0-2 start to the season, the Dallas Cowboys will have to attempt their rebound in Week 2 against the Los Angeles Chargers without starting right tackle La’el Collins — suspended five games by the NFL for violation of the league’s substance abuse policy stemming from missed mandatory tests. While Collins continues to appeal the suspension, he’ll be unable to play, and that creates a vacuum on the right side of the Cowboys offensive line. The answer as to who gets the start in Collins’ absence was answered fairly quickly though, when owner Jerry Jones named backup Terence Steele as starter on Tuesday.

As for Zack Martin, the perennial All-Pro right guard who played well when moved to right tackle in 2020 after a rash of injuries across the offensive front, there remains no plan to slide him out to that role in 2021. Jones wasn’t reticent in explaining why, basically intimating the Cowboys view it as making two moves to fix one problem — something they’d prefer to never do.

“Our offense is just best served with [Martin] at right guard,” he told 105.3FM the Fan. “We have a good alternative and (Martin) will be very helpful (to Steele).”

Steele has done a lot of work in the offseason with famed offensive line guru Duke Manyweather in the hopes of both bulking up and improving his technique after struggling mightily in his first NFL season. But to presume he’s suddenly gone from what he put on film as a rookie to being ready for what he faces in Week 2 — primarily the ravaging ways of All-Pro defensive end Joey Bosa — is a stretch. Jones and the Cowboys at least concede that much is true, even if not directly, by also noting they won’t leave Steele on an island with one of the best pass rushers in the entire league.

“We’ll give him a lot of help,” Jones added.

That aid will likely come by way of running back Ezekiel Elliott, who was one of the team’s best blockers in the Week 1 absence of Martin, along with help from tight ends to try and slow Bosa and the Chargers pass rush on the right edge. The Cowboys would also be wise to adapt the play-calling to lean more heavily on having Prescott get the ball out faster than usual, e.g., bubble screens, quick outs, slants, hooks and eventually seam routes to tight ends with the occasional deep shot mixed in to keep the defense honest. And when Elliott is tasked with running the ball, it’ll likely be away from that edge, interior runs behind Martin, notwithstanding.

It’ll also be interesting to see how long the leash is on Steele, should Prescott get knocked around early and often.

The decision to go with Steele is an immediate knock to Ty Nsekhe, a veteran brought in during free agency for just such an occasion, but Nsekhe was also uneven in camp and battled a knee injury in the preseason, although he’s healthy now. However the Cowboys scheme it up, they’re going to have their work cut out for them in Los Angeles, and already had before Collins was banned from playing.

Excited for the new Cowboys season? We are too! Follow along on the CBS Sports app and get the latest insights from Patrik Walker, who’s on the ground in Dallas. Plus, get the latest Dak Prescott news, Ezekiel Elliott predictions, and much more from our team of experts. If you already have the app, you need to set the Cowboys as your favorite team for up-to-the-second news and analysis.