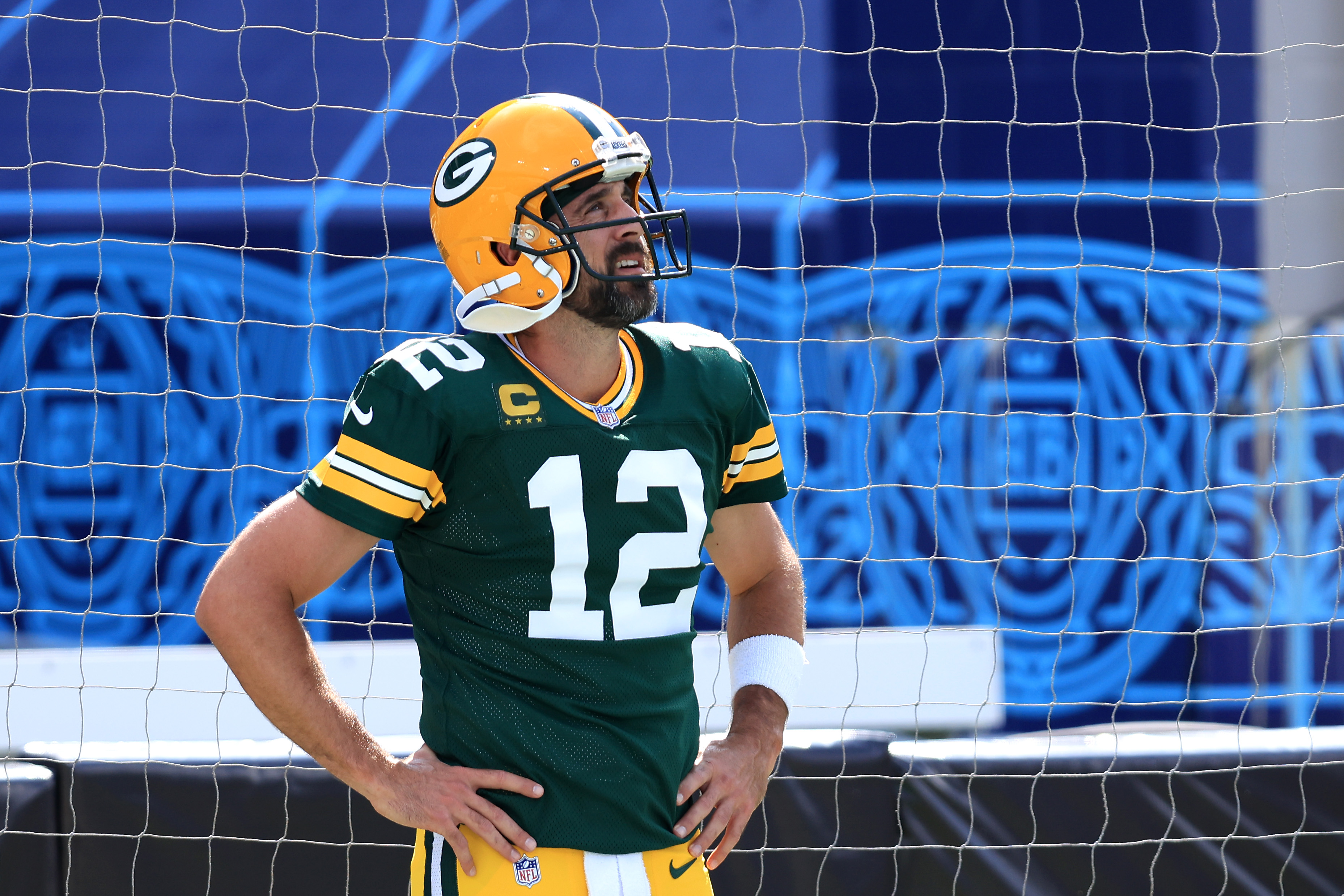 The standoff between Aaron Rodgers and the Green Bay Packers was one of the biggest storylines of the NFL offseason. So it wasn’t a surprise that it became a topic of conversation following Sunday’s 38-3 blowout loss to the New Orleans Saints.

Head coach Matt LaFleur told reporters he didn’t believe the uncertainty regarding Rodgers’ future with the team over the summer played a factor or served as a distraction, however, after being asked about the possibility.

“No, I think this team’s focused on now,” he said. “And unfortunately, sometimes in this league you get humbled. And certainly we got humbled. Like I said, it’s about how we respond to that. How we come back to work. How we stay together. And get ready to play against a team I know is gonna be really hungry coming in here.”

Rodgers, 37, played poorly in Sunday’s loss, finishing 15-28 for 133 yards, zero touchdowns and two interceptions. He was sacked once.

His showdown with the Packers this offseason was well-documented, with one factor his desire to have more of a say in personnel decisions.

“If they wanted to make a change, even though I just won MVP and didn’t see my future with the team past 2021, then why wait?”
@ErinAndrews sat down with @AaronRodgers12 to discuss the eventful offseason for the Packers QB: pic.twitter.com/AxJvpfcm9C

Rodgers said another factor in his decision to consider a change of scenery was that the team wouldn’t contractually commit to him beyond the 2021 season.

“So I figured if they wanted to make a change, and I just won MVP, why wait?” he told Andrews. “They drafted my replacement [Jordan Love with a first-round pick at the 2020 draft], so let him play if that’s what they want. But I could also picture myself not playing. So there was a lot of things.”

Ultimately, the Packers reworked his deal in a way that will make Rodgers untaggable and a free agent following the 2022 season. It set up the very real possibility that he won’t end his career with the Packers.

That appeared to be the end of the situation. But after Sunday’s abysmal start, it’s only natural that the offseason drama has resurfaced, as fans and pundits alike wonder just how much of an impact the franchise quarterback’s impasse with the front office factored into the poor start.