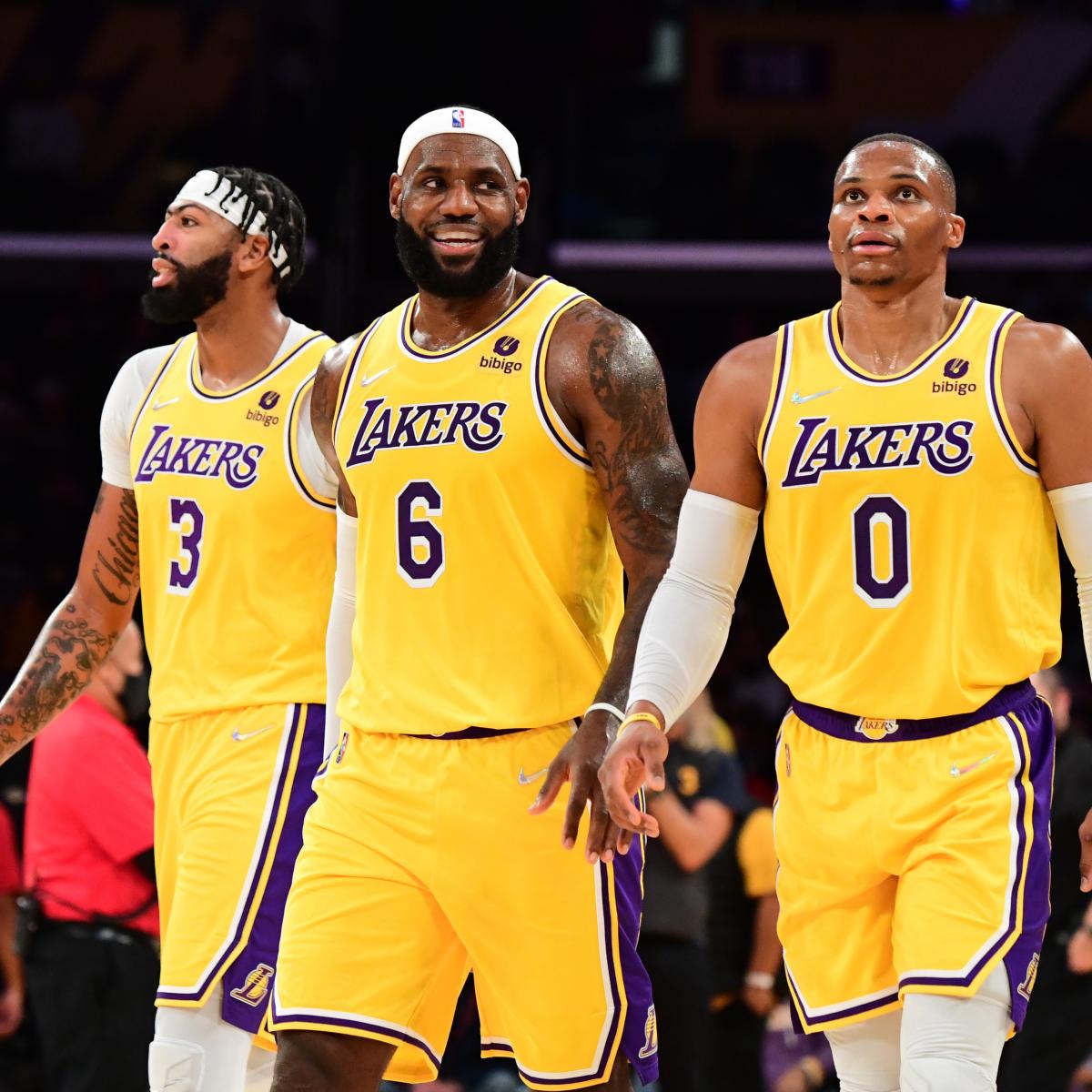 Injuries to both LeBron James and Anthony Davis torpedoed their repeat hopes in 2020-21, but holes in the supporting cast were exposed along the way, too. So, the front office had the natural response: rework the entire supporting cast.

That’s almost true, as this season’s Lakers bear little resemblance to last season’s outside of the two biggest Hollywood stars.

We’ll dive into the changes, lay out the key stories and make both best-case and worst-case predictions in this comprehensive guide to the upcoming campaign.

The easiest way to frame this portion of the preview might actually be “Who’s Back,” since the answer is hardly anyone. Outside of James and Davis, the only other returning Laker is Talen Horton-Tucker, who will miss the first portion of the season after recent surgery to repair torn ligaments in his right thumb.

The rest of the roster is different, so rather than rehash all of the moves, we’ll spotlight the most significant:

At minimum, the Lakers will have two new starters this season and, depending on where Horton-Tucker lands in coach Frank Vogel’s rotation, possibly an entirely new bench mob.

L.A. loaded up on experience, which might be a nicer way of saying this roster is collectively ancient, but given its depleted asset collection, it’s hard to knock what the front office accomplished over a hyperactive summer.

Two things will determine the Lakers’ level of success this season: Westbrook’s ability to coexist with James, and the roster’s fate in its fight with Father Time.

With the former, Westbrook’s inefficient shooting can clog the spacing, and he can be prone to bouts of extreme ball-dominance. However, he’ll put some pep back into the team’s transition step, and his ability to create offense should, in theory at least, lighten the load on James during his age-37 season.

Speaking of which, the age narrative is a real thing. The Lakers are loaded up with 30-somethings, which some, King James included, believe won’t be an issue at all. There’s a chance they’re right, as the Lakers’ experience should come in handy during clutch situations and inside hostile road arenas, and if the roster is as mature as the calendar suggests, the players might have an easier time setting egos aside in pursuit of a common goal.

Saying that, the threat of the aging curve is real, both in terms of talent (and athleticism) declines and potential injury concerns. James himself went from being an iron man for a decade-plus to failing to top 55 games in two of the last three seasons. If he can’t shake the injury bug and his teammates struggle to do the same, all those old-age jokes of the summer will manifest into major midseason concerns.

Given the uncertainty hanging over the Nets with Kyrie Irving, you can make the argument the Lakers have the NBA’s best Big Three. Talented trios have historically dominated the hoops world, and this group could be no different.

While L.A. may not snag the West’s No. 1 seed—the Lakers will rest their players when needed and not fear any Game 7 on an opponent’s home floor—this looks like the team to beat in the conference (if not the entire league). A best-case scenario season has the Lakers rolling to another championship without seriously sweating more than one or two playoff series.

The Lakers act their age, and not in a good way. James and Davis both have extended stays on the injury report. The 30-something newcomers look past their prime and can’t impact this club in a meaningful way. The few young players on the roster fail to break out.

Barring something catastrophic to James or Davis, L.A. probably still snags a top-five seed, but it could stumble out of the playoffs as soon as the opening round if it draws the wrong matchup or suffers an untimely injury.