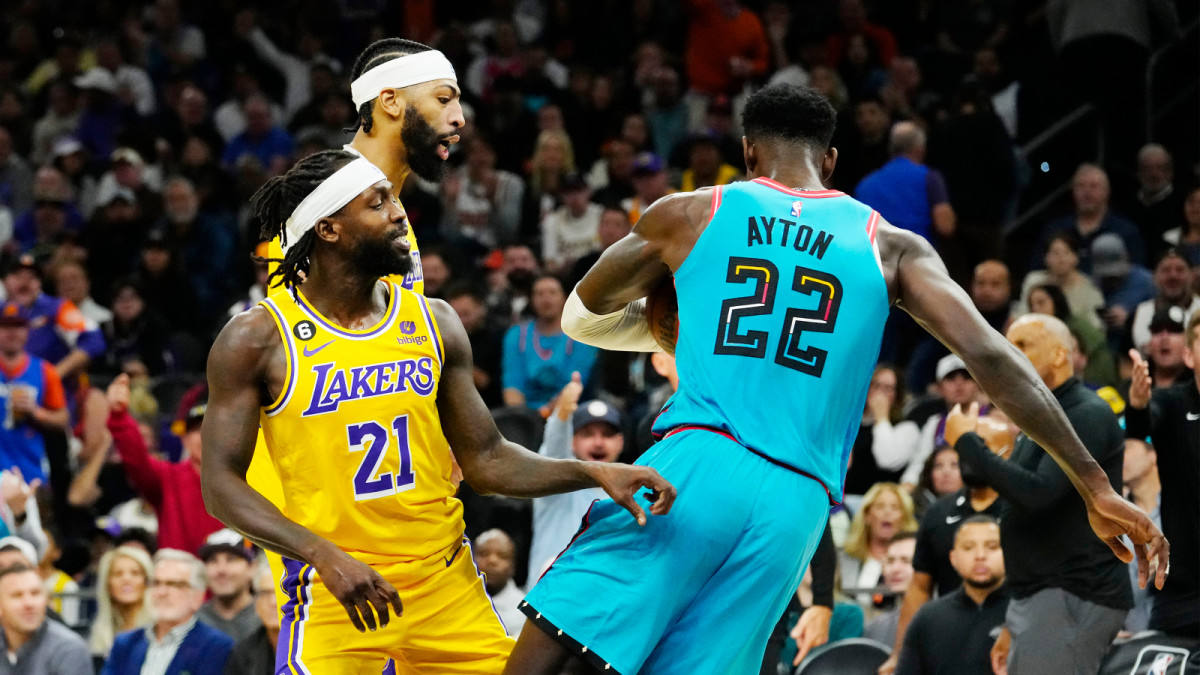 Lakers guard Patrick Beverley has been suspended for three games by the NBA for his forceful shove of Suns star Deandre Ayton on Tuesday night.

The play came with 3:55 to play in the Lakers’ 115-105 loss to the Phoenix at Footprint Center. Beverley took offense to the way Ayton and Suns guard Devin Booker reacted after Booker fouled Lakers guard Austin Reaves. With Ayton standing over Reaves, Beverley sprinted up and shoved Ayton to the ground from behind.

Beverley was issued a technical foul and ejected from the game. He showed no remorse after the game.

“Got a person on the ground, two people looking over mean-mugging and puffing their chest out and referees don’t get into it to kind of separate it, control the game, so I’m going to stand up for my teammate,” Beverley said after the game, per ESPN.

Beverley’s teammates appreciated how he stood up for Reaves after the game.

“We got each other’s back. Pat is known for that: having his teammates’ backs,” Lakers forward Anthony Davis said after the game, per Jovan Buha of The Athletic. “… We don’t let anybody stand over our teammate. … That’s disrespectful.”

Lakers point guard Russell Westbrook was also a fan, saying, “I love it, personally. Protecting and understanding we have each other’s back is the most important thing as a team,” per Buha.

For more Los Angeles Lakers coverage, go to All Lakers.