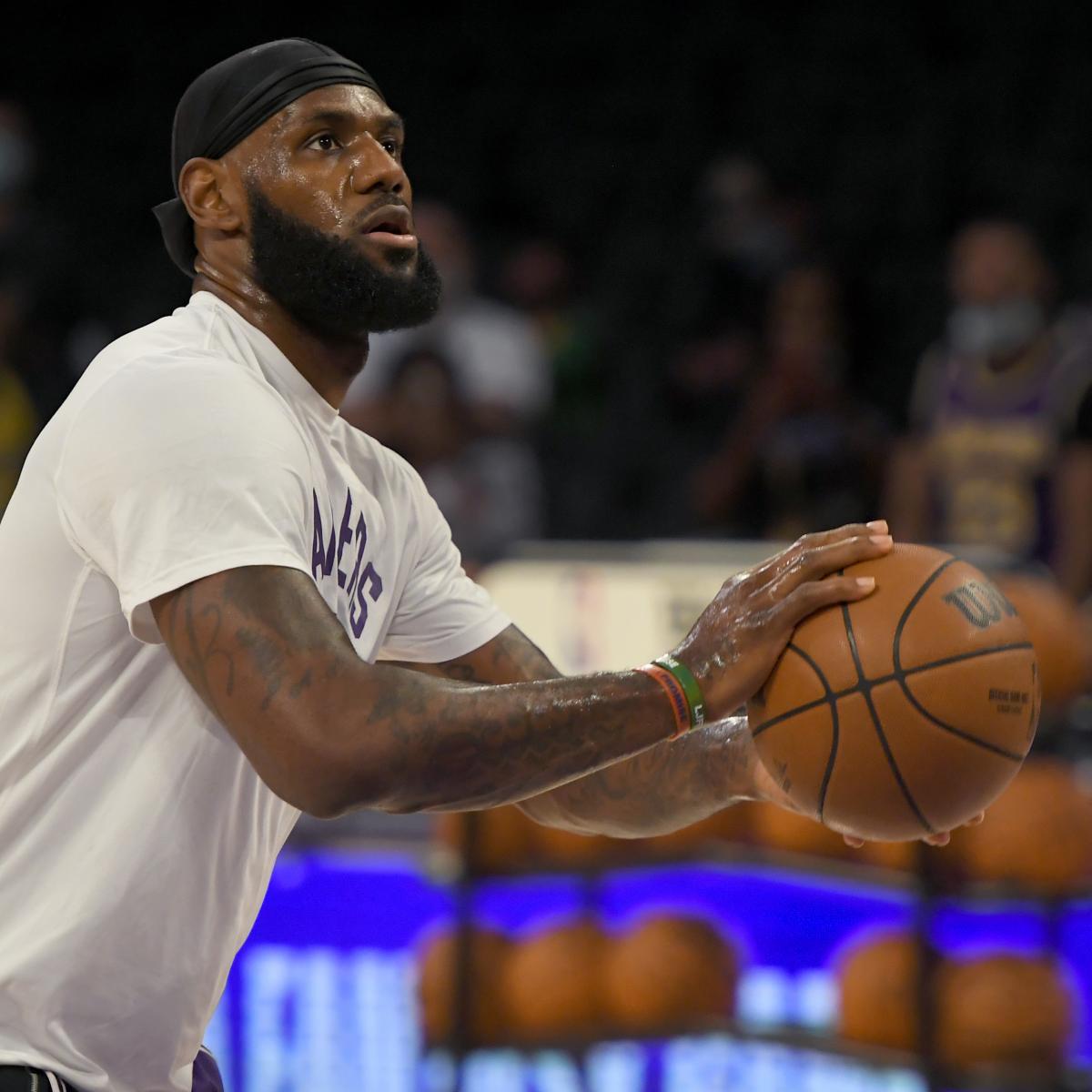 The 2021-22 NBA season starts next Tuesday, Oct 19. In a week, the Los Angeles Lakers and 29 other teams will start their bid to secure the Larry O’Brien Trophy.

The Purple and Gold have something to prove this year after the defending champions surprisingly had to earn a spot in the playoffs. The team narrowly defeated Golden State in the play-in tournament but the Phoenix Suns sent them home early.

The organization’s first-round exit guaranteed that there would be some changes over the offseason. As a result, the Lakers revamped their roster in hopes to return to the NBA finals.
Although they made some risky moves, it may be worth it as long as the roster can stay healthy.

Injuries became the biggest issue during the second half of the season. Those misfortunes potentially cost the team a chance at a repeat. So, one would have to assume health and load management will factor into their attempt to compete on a high level again.

The current iteration of the Lakers also suggests that prominent players like LeBron James and Anthony Davis will have to make adjustments.

LeBron James is known for his strenuous training regimen during the offseason. This year, the four-time NBA champion apparently went a different route.

On a recent episode of The Lowe Post by Zach Lowe of ESPN, Dave McMenamin noted that James sought to add lean muscle as opposed to losing weight. This is probably a way to look slimmer but retain some strength and mass.

“We’ll start with LeBron, who looks great, and went into his two-a-day offseason regimen on his own a month before training camp started. Rob Pelinka reports that LeBron has trimmed down. I asked LeBron about it, he kept it close to the vest, but he said ‘listen, I’m always looking for ways to find an edge, find a margin.’ I spoke to a source close to LeBron, (and) it’s not necessarily that he lost weight, but he’s added lean muscle.” (h/t Jacob Rude of Silver Screen and Roll)

This could indicate that the kid from Akron plans to play power forward this season so Russell Westbrook can settle into his role as the starting point guard. In the past, James routinely ran the offense, but it wouldn’t make much sense to do so with Westbrook and Rajon Rondo available.

This could also be an attempt to adjust to his style of play after he experienced some nagging injuries that force him to miss games last season. Heading into his 19th year, it wouldn’t be hard to imagine that he plans to make more incremental changes.

With James potential playing at the four this season, it seemed safe to guess that Anthony Davis would move over to the middle. The Chicago native even confirmed reports that he would be the starting center.

However, the Purple and Gold have been sending mixed messages on the subject recently. During an episode of The Laker Film Room Podcast, Mike Trudell said the team could play more often than not.

“We’re not only going to see AD start at the 5. There’s going to be plenty of times where Dwight and DeAndre do start… I know that there are plenty of people internally that still like starting a classic big. And again, we’re talking about like 10 minutes of the game, in the first and the third quarters. I just don’t think it matters that much. I think ultimately AD will play more 5 than he did, and all of your points about Russ are a big reason why, but he still played a lot of 5 and in fact the majority (of his minutes) at the 5 in a lot of the key playoff games.”  (h/t Jacob Rude of Silver Screen and Roll)

Mike Bresnahan of Spectrum SportsNet had similarly pointed out that Davis could just end up at the four because that’s where he’s comfortable. That doesn’t mean he won’t switch back and forth during the game.

“I have a funny feeling he’s going to start at the 4. I think he’s more comfortable there. I appreciate what he said on media day saying ‘okay, I’m ready to play some 5, no doubt about it, I’ll start there.’ But the truth is, the big deal is ‘where does he finish the game?’ And that’s gonna be at the 5 most nights… All this debate about who starts and (whatever), I just don’t see Dwight and DeAndre being in the game at the end of it if it’s a close game. I think DeAndre starts at the 5, and AD starts at the 4.”

Obviously, using Dwight Howard or DeAndre Jordan to run a big lineup could be advantageous but expect to see the team experiment with different depth charts. The starter probably won’t be the by All-Star break next year.

That’s not a bad sign though because it couldn’t hurt for Davis to showcase how versatile he can be, especially with Carmelo Anthony and Trevor Ariza on the team. There probably won’t be that many permanent changes this early. The team still hasn’t even played together during the preseason yet.