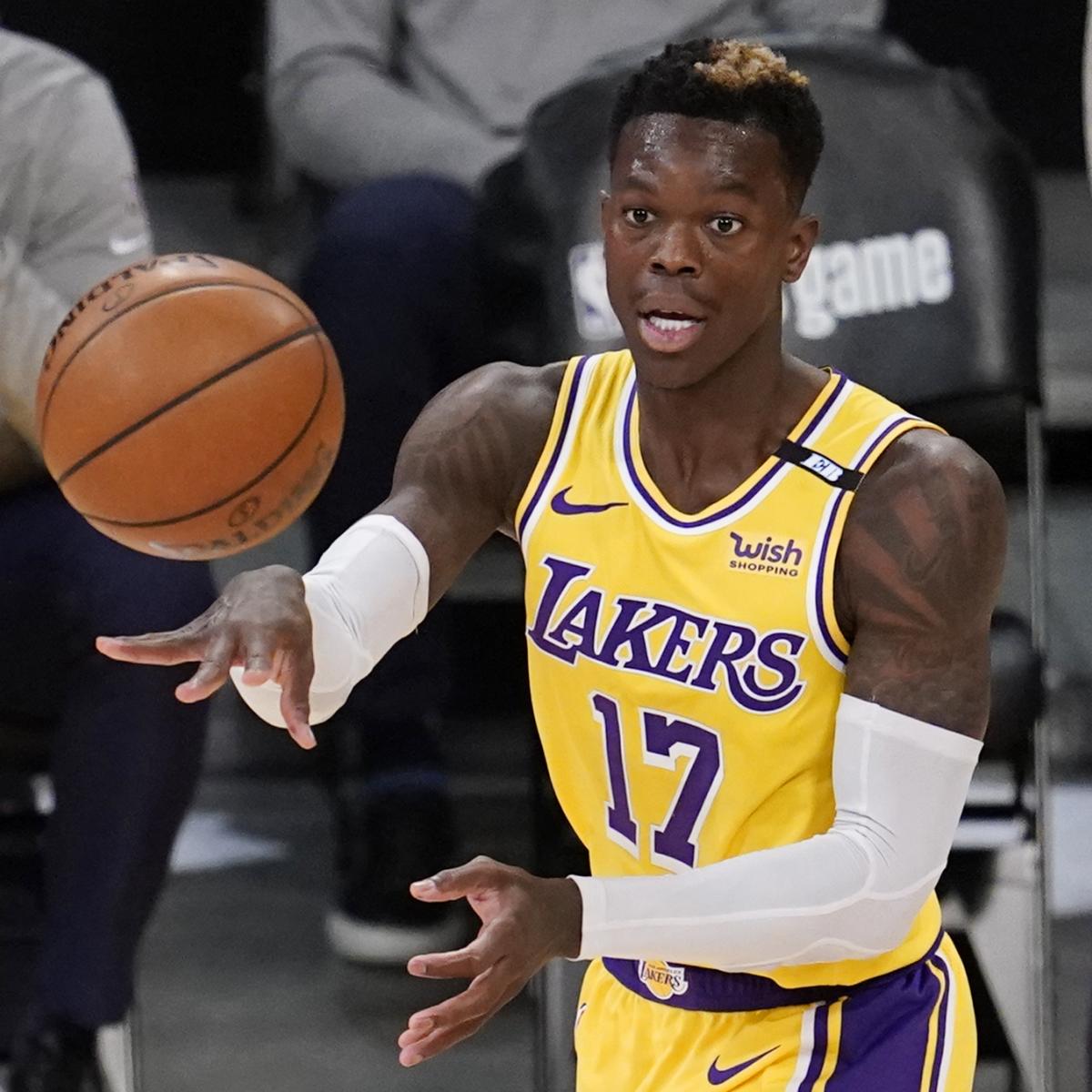 Though they came into the 2020-21 season with championship aspirations, the Los Angeles Lakers are stuck watching the NBA Finals from the sideline. Injuries to LeBron James and Anthony Davis took their toll during the regular season, and L.A. barely squeaked into the playoffs.

An opening-round matchup with the Phoenix Suns ended the Lakers’ championship dreams—and the Suns now find themselves down 3-2 in the Finals.

As Los Angeles’ offseason continues, the Lakers are faced with some tough decisions regarding the roster and the organization as a whole. The regular season showed that the depth around James and Davis is lacking, and L.A. just lost assistant coach Jason Kidd to the Dallas Mavericks.

With the NBA draft coming up on July 29, and free agency to soon follow, the Lakers cannot afford to wait on getting a game plan together. What might transpire in the coming weeks? Let’s dig into the latest buzz.

To upgrade the roster, the Lakers will probably have to either first trade a player or focus solely on the draft—in which L.A. currently holds the 22nd overall pick. Because Los Angeles is expected to be over the salary cap, free agency isn’t a top option.

Fortunately, the Lakers might have a premier trade chip in Dennis Schroder—if a sign-and-trade can be orchestrated.

According to Fischer, Schroder could draw interest from the Chicago Bulls and New York Knicks, though New York isn’t necessarily locked into a sign-and-trade scenario.

“League sources expect Chicago and New York to emerge as Schroder suitors, and both could be conducted via sign-and-trade—although Knicks certainly have the cap space to sign him outright,” Fischer explained.

The questions are whether L.A. can get Schroder to agree to a sign-and-trade and whether it can get a team to bite on his contract. According to Vice President of German Basketball Federation Armin Andres—as reported by Manuel Baraniak (h/t TalkBasketball.net)—Schroder is seeking a deal worth between $100-120 million.

While a sign-and-trade involving Schroder may be L.A.’s best option, the team could also look to move forward Kyle Kuzma. Kuzma probably wouldn’t bring the same return as Schroder, but the Lakers are at least interested in finding out what his trade value might be.

If the right return can be had, the Lakers would almost certainly move Kuzma ahead of the 2021-22 season. Los Angeles may also consider a possible trade as addition by subtraction, as Kuzma appears to be growing unhappy with his role in Los Angeles.

Kuzma said the following about his role in a recent interview with Bleacher Report’s Tyler Conway:

“My biggest thing is I just want to play within a consistent role. If I have that ability, I’ll be able to showcase what I can really do. There were parts of this year—and even anywhere else in my career—when I’m in a consistent space, I’m out there handling the ball, making teammates better, scoring, shooting, defending, rebounding. I think if I’m in that space, I’ll be good.“

The Lakers aren’t truly going to “showcase” Kuzma as long as James and Davis are on the roster. If they believe that reality will lead to discontent, they may prefer moving on from Kuzma before it happens.

Los Angeles’ off-court moves will apparently include finding a new coach for its G-League affiliate, the South Bay Lakers.

According to Harrison Faigen of Silver Screen and Roll, South Bay coach Coby Karl will not return for the 2021-22 season. As Faigen pointed out, Karl didn’t coach this past season and instead focused on aiding L.A.’s scouting department.

“The Lakers opted to keep their two-way players with the team rather than sending a squad to the G League bubble. Karl and his staff had mostly been working on scouting for the draft and undrafted free agency for South Bay,” Faigen tweeted.

Karl, who played for the Lakers and the Cleveland Cavaliers, had coached Los Angeles’ affiliate since 2016.

While there’s no word yet on who might succeed Karl as head coach, the South Bay Lakers will presumably resume play in the upcoming season.