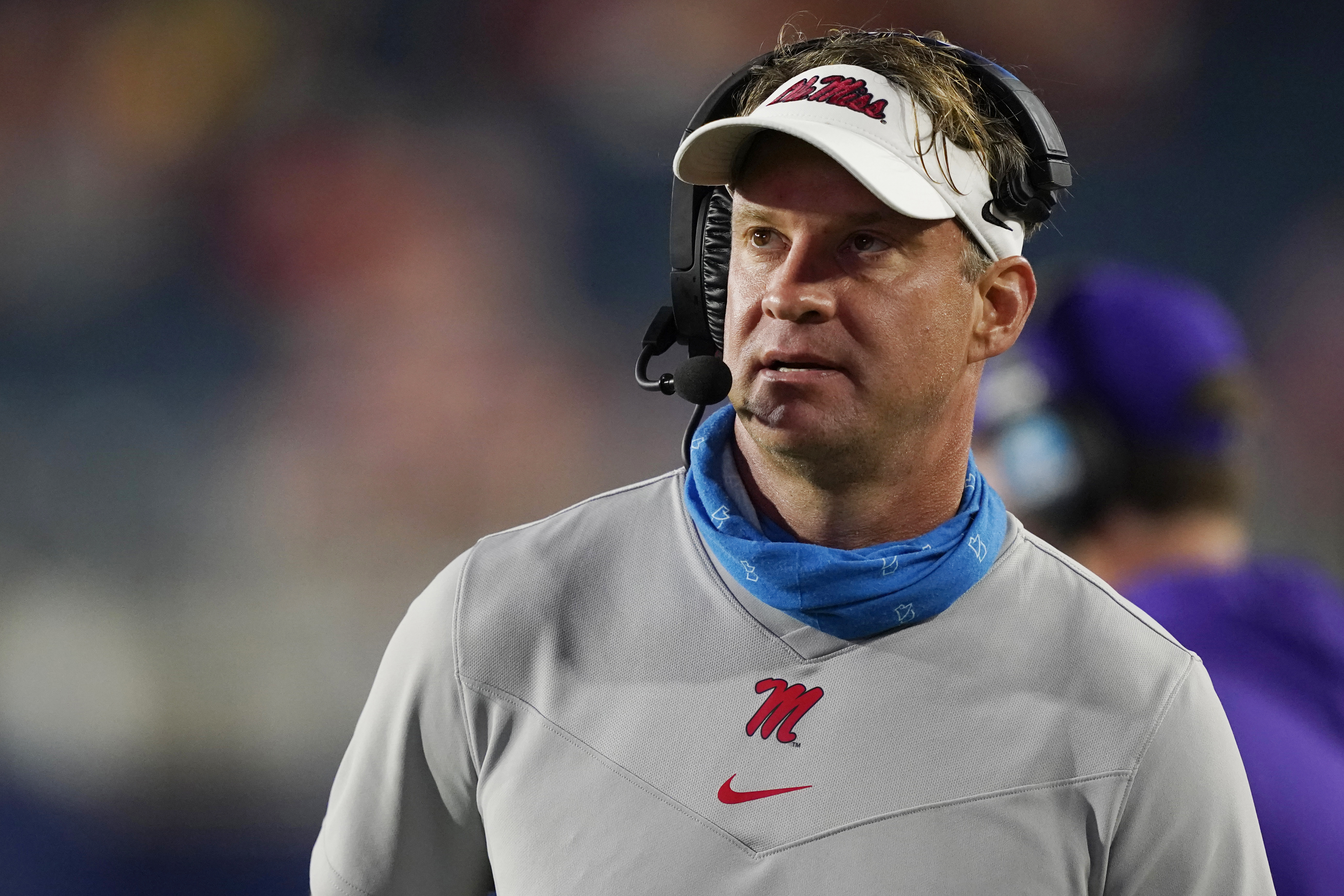 An ugly scene late in the game cast a pall over Mississippi’s 31-26 victory over Tennessee on Saturday night at Neyland Stadium.

Ole Miss head coach Lane Kiffin told Nick Suss of the Clarion-Ledger he was hit with “bottles filled with some brown stuff” and that it “probably wasn’t moonshine.”

The game was delayed about 20 minutes late in the fourth quarter because fans were throwing objects onto the field, including a golf ball that appeared to hit Kiffin:

The Ole Miss-Tennessee game was delayed because of fans throwing objects at Ole Miss players. pic.twitter.com/VXAenOy1Ty

“The Conference has established expectations for behavior and sportsmanship, and the actions of fans at Saturday night’s game were unacceptable under any circumstances. We are accustomed to intense competition every week, but under no circumstances is it acceptable to endanger the content participants and disrupt a game. We will review existing Conference policies and the Commissioner’s authority to impose penalties and communicate with the leadership at the University of Tennessee—and all of the SEC’s member universities—to make certain this situation is not repeated.”

To Kiffin’s credit, he did seem to have a good sense of humor about the situation after the game:

Tennessee did get the ball back after the delay with a chance to win. Joe Milton III, who took over for the injured Hendon Hooker on the second play of the final drive, ran out of bounds at the Rebels’ 8-yard line on the last play.

Kiffin’s first head coaching job at the college level was with Tennessee in 2009. The 46-year-old went 7-6 in his lone season with the program before taking over at USC.

His departure led to a hostile reaction on Tennessee’s campus, including students burning mattresses and trash in front of the athletic department building.