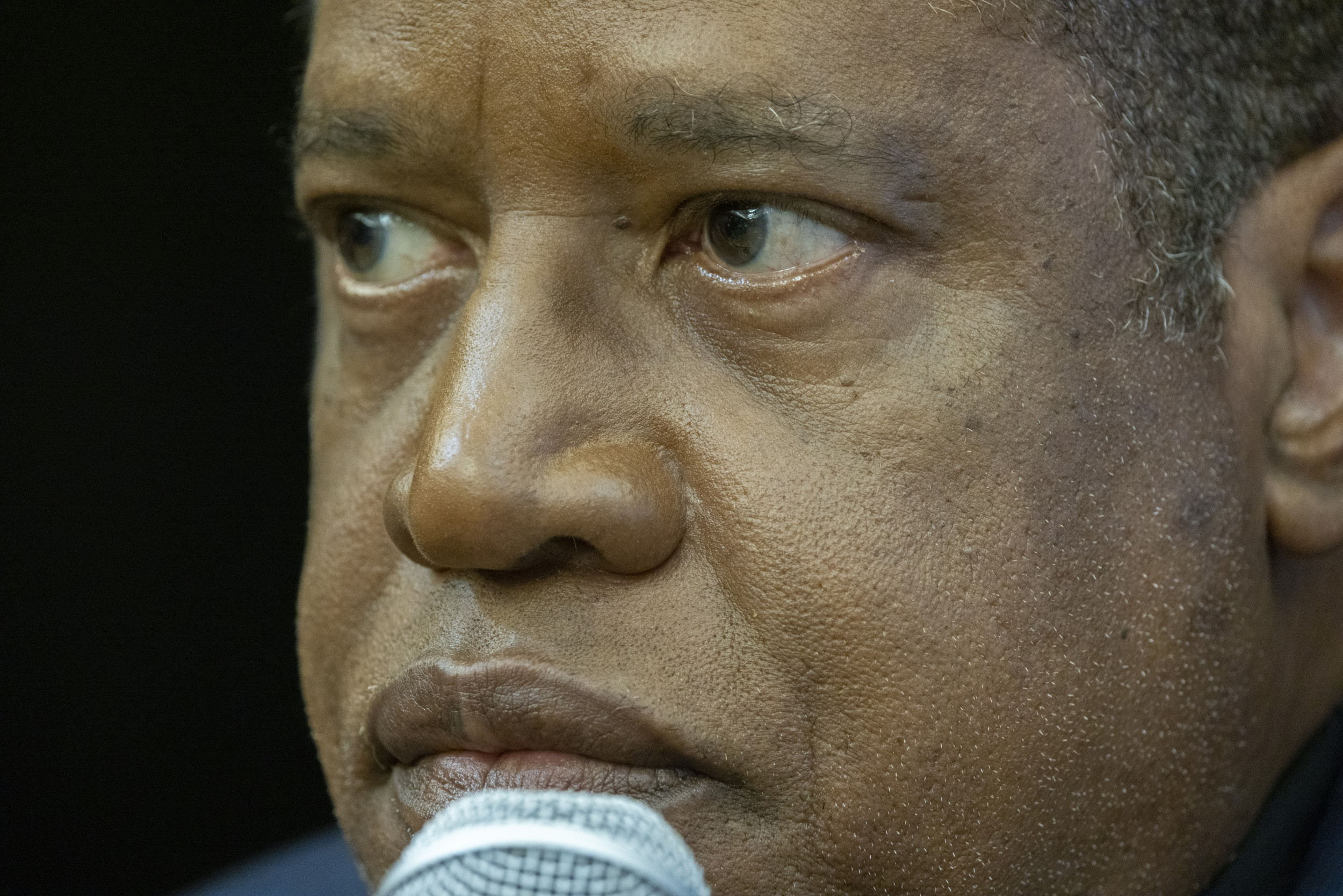 Larry Elder, the leading Republican candidate in the California gubernatorial recall election, has refused to say whether he will accept the results of the election if he loses.

Elder made the remarks during an interview with MSNBC’s Jacob Soboroff on Monday. On the eve of the election, Democratic California Governor Gavin Newsom appears likely to survive the recall effort, with an average polling lead of 16.6 percent, according to polling analysis site FiveThirtyEight. Elder refused to answer when Soboroff asked him if he would accept Tuesday’s results regardless of whether he wins or loses, attempting to deflect the conversation into a discussion about “election integrity” instead.

“I think we all ought to be looking at election integrity,” said Elder. “No matter whether you’re a Democrat, an independent or a Republican. Let’s all make sure that the election is a fair election. So let’s all work together, no matter what the results are, to make sure that the results are valid and legitimate and everybody who voted, should have voted. Let’s all do that together.”

“Is that a commitment to accept the results of the election tomorrow?” Soboroff asked.

“Let’s all do that together,” Elder repeated, ignoring Soboroff’s question. “Let’s all work together on both sides of the aisle to make sure the election is a fair election.”

In the days leading up to the election, while the polls continued to show Newsom’s chances of surviving the recall widening, conservative talk radio host Elder increasingly pushed baseless suggestions that “voter fraud” could be afoot. The Elder campaign website recently added a link to a pre-emptive petition for supporters to demand a special session of the California legislature to investigate the results.

“We trust in our officials to safeguard that ballot box,” the petition states. “However, when those officials, either through laziness or incompetence, allow thieves to steal amidst the dead of night and cheat our ballot box, we can no longer rely on its contents.”

Elder has expressed support for former President Donald Trump’s false claims that massive voter fraud played a role in the 2020 presidential election results. During a recent appearance on Fox News, Elder said that “shenanigans” were at play in the election and expressed concerns that Democrats were planning the same thing in the California recall. The Elder campaign has also assembled a legal team primed to challenge the election results in court, presumably only if he loses.

Trump has continued to repeatedly push false claims that he was the true 2020 election “winner,” despite losing by a relatively clear margin of 74 Electoral College votes and 7 million popular votes. Before both the 2016 and 2020 presidential elections, the former president predicted that the system would be “rigged” against him.

Newsweek reached out to the Newsom campaign for comment.