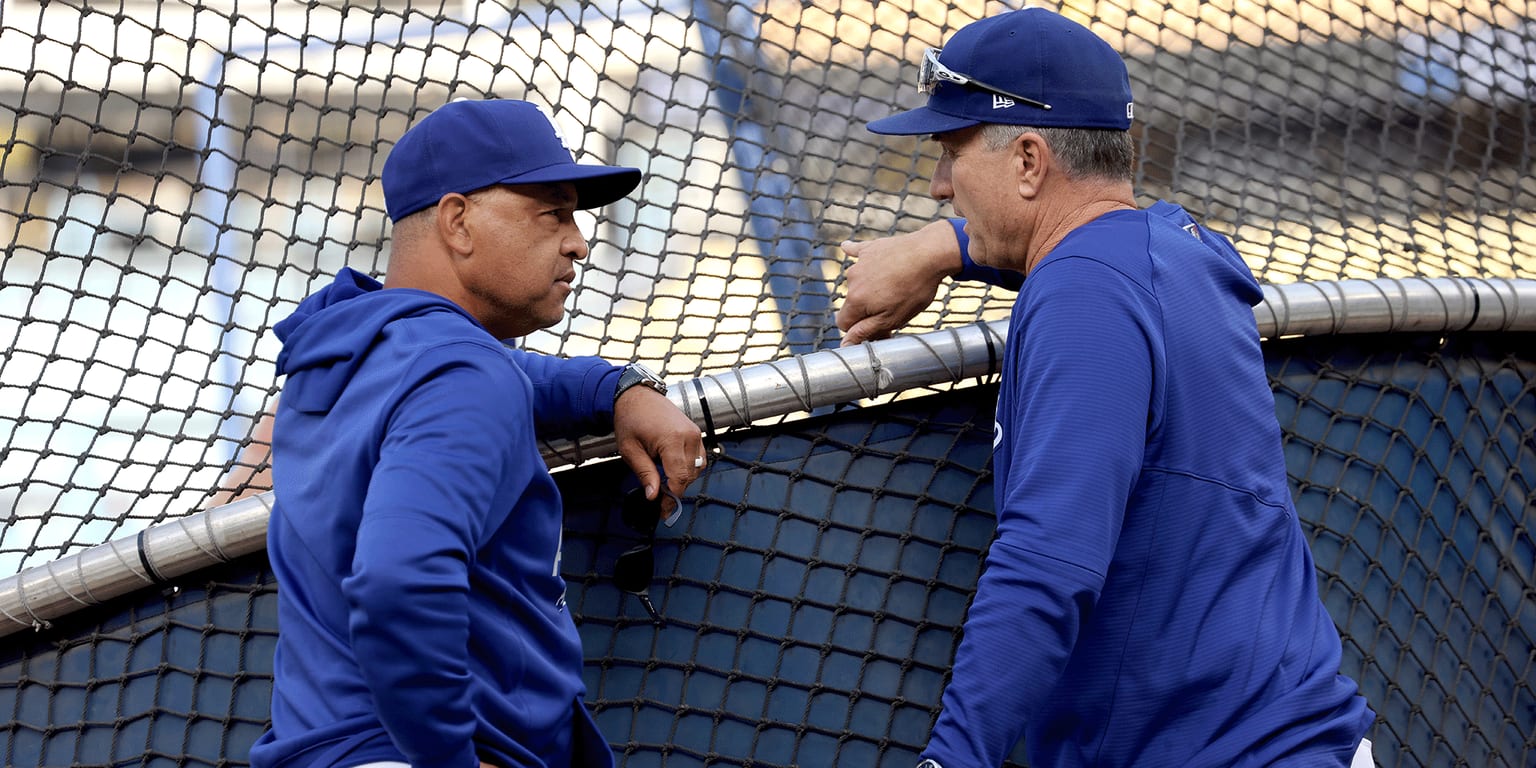 LOS ANGELES — With their backs to the wall, there are two certainties about the Dodgers’ pitching plan in Game 4 of the National League Division Series on Tuesday. The first: right-hander Tony Gonsolin will be part of it. The second, in the words of manager Dave Roberts: “Everything’s on the table.”

Following a 1-0 loss to the Giants in Game 3 on Monday, anyone and everyone will be available out of the bullpen as the Dodgers try to keep their season alive. Roberts wouldn’t commit to whether Gonsolin will start or be the bulk pitcher behind an opener. Whenever he does appear, Gonsolin, who missed two extended stretches of the season with right shoulder inflammation, will almost certainly be on a short leash. According to both Roberts and Gonsolin, that shoulder ailment is no longer an issue.

“I’m feeling a lot better,” Gonsolin said on Monday. “Definitely back to normal, ready to build on that and get my first playoff appearance out of the way.”

Gonsolin started the season on the injured list and didn’t make his 2021 debut until June 9, posting a 2.78 ERA in 10 games (nine starts) prior to landing on the IL again in late July. After a six-week absence, he returned to make five appearances (four starts) in September, in which he allowed nine earned runs in 20 innings, but showed signs of putting things together as he built back up in game action.

“He’s looked good recently,” said catcher Will Smith. “His velo is up. His command’s been a lot better. … He should come out and give us some quality innings, and I expect a good [outing] from him tomorrow.”

Even so, Gonsolin, who maxed out at 83 pitches in a game this season, will likely be done at the first sign of trouble — and Roberts will have ample options behind him. Thanks to Max Scherzer’s seven-inning, one-run effort on Monday, the Dodgers only needed two relief innings in Game 3, with Blake Treinen throwing a 15-pitch eighth and Kenley Jansen delivering a 14-pitch ninth. It was the first appearance of the series for both pitchers, and both should be available on Tuesday, while the rest of the bullpen is also well rested.

In the event the Dodgers need length, an appearance from Game 1 starter Walker Buehler is a distinct possibility. Buehler would be pitching on three days’ rest for the first time in his Major League career, so there’s no precedent to predict performance for him. But the NL Cy Young Award candidate — who would be stepping into a role filled many times by Clayton Kershaw in past postseasons — has an overall record that speaks for itself with a 2.47 ERA in 2021 and a career postseason ERA of 2.53.

Less likely to appear is Game 2 starter Julio Urías, despite his great deal of success going back and forth between starting and relieving in last year’s postseason. Even though they’re going with the all-hands-on-deck approach, the Dodgers’ ultimate goal is to force a Game 5, and Urías on regular rest would be the ideal candidate for that, especially if Buehler is needed in Game 4.

Still, Urías is an intriguing left-handed option if Roberts is interested in playing matchups. Besides Urías, there are two lefties in L.A.’s ’pen: Alex Vesia, who’s seen his share of high-leverage work this year, and David Price, who struggled in the second half. Urías’ ability to provide length and be effective against both righties and lefties certainly makes him a compelling candidate to pitch Tuesday, should the circumstances dictate it.

“Our focus has to turn to tomorrow and whatever it takes to win tomorrow, and then we’ll kind of pick up the pieces after that,” said Roberts.

Of course, as important as getting those 27 outs will be, the Dodgers also need to get some offense. They have been shut out twice in three NLDS games after being shut out just five times during the regular season.

“Tomorrow, whoever we run out there, we got to put up a zero and try to score early,” said Roberts.