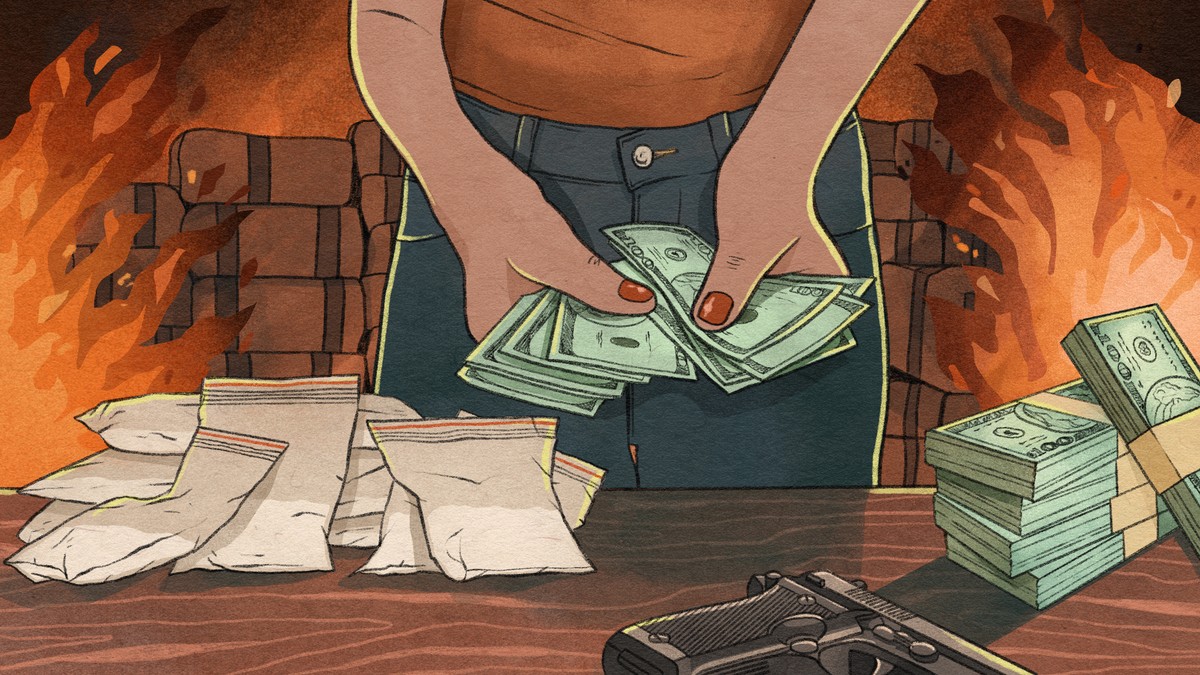 MEXICO CITY, Mexico — She told me her name was Brenda. When I met her, she had been in the Pavón prison on the outskirts of Guatemala City for 20 years.

When she was in her early 30s, she explained, she was married to a drug trafficker named Sergio, who was killed. Occupational hazard. His former colleagues approached her with a new criminal enterprise idea: a kidnapping ring.

“I was curious about how things were done,” she said.

“I wanted to know how it felt. I wanted to feel that my life was at risk. I liked the danger.”

Guatemala was experiencing something of a kidnapping boom at the time, but Brenda, who is now 54, downplayed her role in the criminal enterprise. After leaving the prison that day, however, I did a little research into her and the gang she belonged to and also ran for a time. Her group was eventually taken down by the U.S.’ FBI after it asked for $25,000 for the release of a female American hostage.

One of Brenda’s fellow inmates in Pavón also spoke to me. Her story was very different. Gloria, age 46, told me that one day a man brought an elderly woman to her house, where she rented out rooms. He paid for a room for the woman, whom he said was his mother-in-law, and asked Gloria to look after her, which she dutifully did, she said. She fed and bathed the woman, who never took off the blindfold she was wearing: Her “son-in-law” told Gloria that the woman had recently undergone eye surgery.

Within days, the police came knocking. They rescued the woman and accused Gloria of kidnapping.

“I used to bathe her and feed her, but she never told me anything because she thought I was one of them,” said Gloria, who claims she had no idea her guest was a hostage.

I was struck by the story of both women. Gloria’s story—if true—fits the stereotype of women in crime: victimized, co-opted, forced by bad men to take part in criminal activity. But Brenda’s story, where she had more agency, felt equally striking and real.

Brenda was frank about the choices she’d made.

“I think that most of us here know what we were doing,” she said. “I’ve never blamed anyone but myself. I am the owner of my bad acts.”

Brenda was one of the dozens of women I came across while researching this series, part of a process of discovery that shows how the ranks of organized crime are peppered with women from top to bottom. Having covered the drug trade and its fallout in Latin America for the better part of two decades, I was struck by the lack of stories on women from the criminal underworld. In short, those women didn’t seem to exist.

Until I started looking for them.

There are eight names on the charge sheet that helped send Joaquín “El Chapo” Guzmán, the world’s most famous drug lord, to prison for life. One of those names is Guadalupe Fernández Valencia, the only woman on the list of otherwise male defendants. Yet if you Google her, you’ll find little more than a few news stories about her guilty plea and subsequent sentencing.

But Guadalupe was far from alone. I started to look harder, and I quickly found women embedded in organized crime across Latin America. These women weren’t mere foot soldiers but leaders unto themselves. They were “Las Patronas”—the female bosses.

Marixa Lemus in police custody in 2014. She was subsequently convicted and sentenced on kidnapping and murder charges. Photo taken in November 2017. Credit: Carlos Hernández for or Prensa Libre.

I found Sebastiana Cottón Vásquez in Guatemala, a peasant trafficker who rose to power within a male mafia. Marllory Chacón Rossell (pronounced Marjory) worked alongside her—one of the most prolific drug traffickers Latin America has ever seen. (Those are the DEA’s words, not mine.) There was Digna Valle, a criminal matriarch in Honduras who was the female face of the brutal Valle Cartel. The Lemus sisters in rural Guatemala were a formidably violent force to be reckoned with who turned local politics into a combat sport. The list goes on.

Most of them were dubbed “La Patrona” at some point in their criminal histories, by either the media or law enforcement, pointing to a striking lack of imagination in creating nicknames for women in the crime world.

Today, the understanding of women in organized crime is deeply limited. “Half of the photo is missing,” Dr. Felia Allum, a senior lecturer at the University of Bath who has extensively researched women in the Italian mafia, told me.

In visits to prisons around the region, I found women behind bars for everything from drugs and weapons trafficking to kidnapping and contract killings.

“There is definitely a problem with how we on the outside perceive and see this world. We have our own perspectives, and it’s a huge mistake,” said Otto Argueta Ramirez, a researcher on gender, crime, and the street gangs of Central America. “I am convinced that [our lack of understanding of women in crime] has a lot to do with the perspective of those who are investigating.”

The mainstream understanding of women in organized crime seems based on an outdated stereotype that doesn’t allow for women to be seduced by the power, riches, and risk offered by a life of crime. That women don’t have the same ambition, desire for power, or need to succeed as their male counterparts. And that as a gender, women aren’t capable of cruelty, of wrongdoing, in the same way as men. The agency that women are increasingly showing in the world’s legal economies and societies is being ignored as it plays out in the realm of organized crime.

“This idea that women aren’t violent? Well, they are,” said Ramirez. “The reasons for why is another question. It could be defensive or about power—but she has the capacity for violence. Studies that look at it as a problem of victimization are a problem because they don’t allow us to see things as they really are.”

I found that some women, held down by the strictures of society and deprived of opportunities to flourish professionally in conventional Latin American settings, discovered in the crime world a chance to profit and advance. Many, for better or for worse, are not letting that opportunity pass them by.

By training the spotlight on these women, a new, more complete, version of the cartel wars emerges.