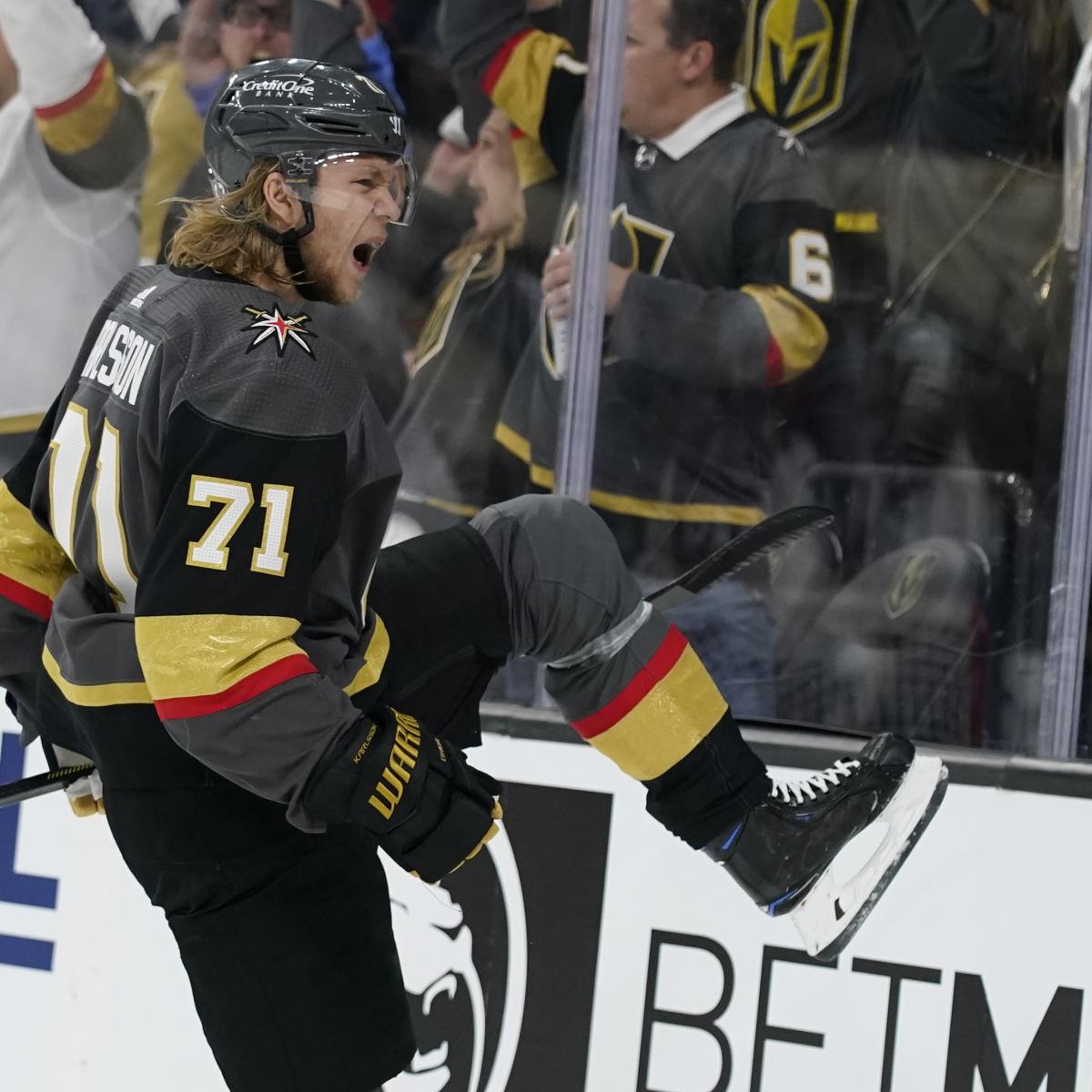 In their first three seasons as an NHL franchise, the Vegas Golden Knights were a perennial postseason contender. They reached the Stanley Cup Final in 2018, their inaugural season, and made the playoffs every year thereafter.

This season, their fourth, Vegas again made it to the postseason. And it’s one of the final four playoff teams for the third time in its history. Could this be the year the Golden Knights break through and win their first Stanley Cup?

The Golden Knights are favored to do just that, but they are going to have to take down more strong competition to win the Cup. They are set to face the Montreal Canadiens in the Stanley Cup semifinals, with the victor advancing to face the winner of the other semifinal series between the Tampa Bay Lightning and New York Islanders.

Here’s a closer look at these four teams entering this round, along with the odds of each winning the Cup.

Whichever team won the second-round series between the Golden Knights and Colorado Avalanche was going to be the Stanley Cup favorite heading into the next round. And that ended up being Vegas, which reeled off four straight victories to take down Colorado in six games.

The Golden Knights will also be playing the Canadiens in the Stanley Cup semifinals. And while the Habs are hot (having won seven straight games after sweeping the Winnipeg Jets in the second round), they are still a long shot to win the Cup.

There are several reasons why Vegas is the favorite to hoist the Stanley Cup. It has a balanced scoring attack, with eight players having tallied at least seven points this postseason. And its strong defense is anchored by veteran goaltender Marc-Andre Fleury.

The Golden Knights are already one of the league’s top teams, and they could be on the cusp of taking the next step forward and becoming a championship-caliber franchise.

“I’ve always believed that to win in the playoffs, as you go along you have to keep getting better,” Vegas general manager Kelly McCrimmon said, per The Athletic’s Jesse Granger. “You have to be a better team at the end of Round 1 and the end of Round 2 and hopefully Round 3 and into the finals.”

While the Golden Knights appear to be getting stronger, there’s some tough competition ahead of them.

The Canadiens have made it this far on the strength of their defense, led by veteran goaltender Carey Price. Montreal hasn’t made it to the Stanley Cup Final since 1993, when it last won the Cup (which was also the last time a team from Canada won it).

On the other side of the bracket, the Tampa Bay Lightning and New York Islanders are both legitimate Stanley Cup contenders. It should be exciting to see the teams face off in a rematch of last year’s Eastern Conference Final.

Tampa Bay could win the Stanley Cup in back-to-back seasons for the first time in franchise history. It knocked off both the Florida Panthers and Carolina Hurricanes, and it’s had no trouble winning on the road, going 5-1 in away games so far this postseason.

New York has also picked up a pair of series victories over strong opponents, as it beat both the Pittsburgh Penguins and Boston Bruins. The Islanders have faced adversity this spring, falling behind 2-1 in each of those series before winning three straight games to win both times.

The most likely scenario would feature the Golden Knights and Lightning facing off in the Stanley Cup Final. And that would surely be an entertaining series considering how successful both teams have been of late.

But anything can happen in the playoffs, and while the Islanders and Canadiens are underdogs, both are more than capable of pulling off upsets. So it should be fun to see how things develop and which team ends up raising the Stanley Cup.