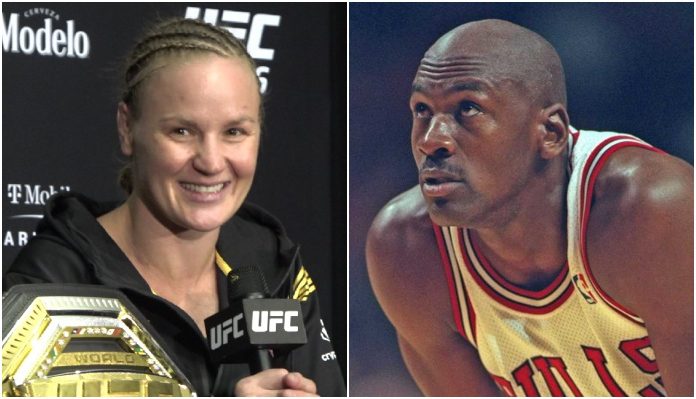 Lauren Murphy has high praise for Valentina Shevchenko after challenging for the UFC flyweight crown at UFC 266.

The former Invicta FC bantamweight champion in Murphy rode her best winning streak since her days as a titleholder heading into UFC 266’s co-main event on Sept. 25. Unfortunately for her, “The Bullet” continued her dominant ways by outperforming “Lucky” en route to a fourth-round TKO victory – her first time being finished.

“She was incredible,” Lauren Murphy told MMA Fighting of Shevchenko. “It was pretty crazy to be in there with somebody at that level because I’ve never truly competed with anybody that level before. I don’t remember the fourth round, really, so I guess that’s pretty good.

“It’s a bummer to lose, and that’s the first time I had ever been finished. I think it was a good stoppage, I was pretty out of it by the time the ref pulled her off of me. It’s definitely not the outcome we wanted but, to be honest with you, it was pretty cool to be in there with a martial artist of her caliber. That’s a pretty cool experience. That must be what it’s like to go play one-on-one with Michael Jordan, or that’s how guys felt when they were competing with Khabib [Nurmagomedov], because it really was, ‘Holy sh*t, this girl is really on another level.’”

What’s next for the seemingly unstoppable Shevchenko remains to be determined. For Lauren Murphy, she eyes rebooking a fight with Cynthia Calvillo in March or April – they were supposed to fight at UFC 254 in October 2020 until Calvillo was forced out.

“It sucks to lose, but did I give it everything?” she said. “Yeah, I think I did. Is Valentina head and shoulders above everybody in the division right now? Probably so. I can’t see anyone becoming champion while she decides to continue being the champion.”