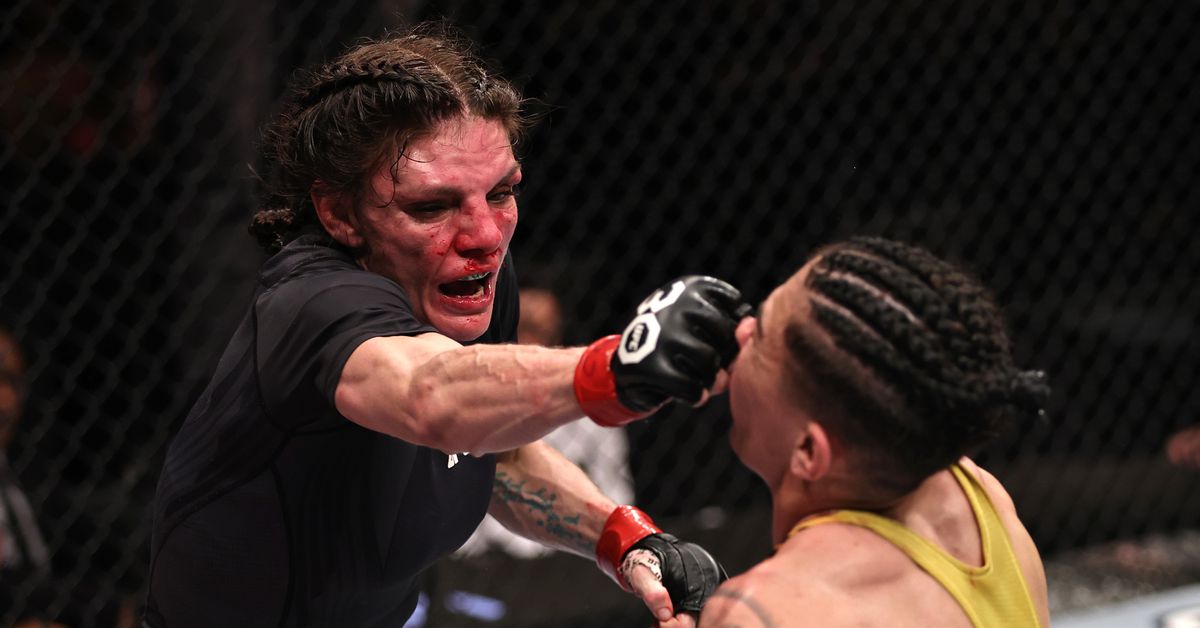 Lauren Murphy was beaten but not broken.

That’s the message from the one-time flyweight title challenger, who lost a lopsided decision to Jessica Andrade at UFC 283 after absorbing an obscene amount of damage over three rounds. According to UFC statistics, Andrade connected with 231 significant strikes, which is a new single fight flyweight record.

In fact, Andrade’s striking numbers are the second highest ever for a three-round UFC fight behind only Nate Diaz with 238 in his fight against Donald “Cowboy” Cerrone.

Despite the beating she endured, Murphy praised her coaches for not throwing in the towel even after numerous fighters from Cub Swanson to Michael Bisping saying that her corner should have saved her from further harm.

“Okay so basically every minute I’ve spent in Rio — besides these 15 right here — has been fantastic,” Murphy wrote on Instagram. “The fight was a beat down but not the way I imagined it. Sometimes s*** goes down and you just got to learn from it and get better. Jessica is an insanely tough opponent and I will learn a lot from her. All these experiences — the good ones and bad ones — make me a better athlete and human.

“Thankfully I’m all good, nose is a little busted up and my head needs rest, but I’ll be fine in a few days. I’m glad my corner didn’t stop the fight. [To be honest] I thought the ref was going to stop it in the second round but the bell rang before he decided to. Either way, I was grateful for the chance to keep fighting. My head and nose will heal with rest, and my heart will heal with time.”

While Murphy put forth a valiant effort to survive, she was outlanded by more than a 2-to-1 margin overall in the fight.

Andrade ultimately secured a lopsided unanimous decision win with a pair of 30-25 scorecards, which denotes two separate rounds ended with 10-8 scores, with the third official giving the fight a 30-26.

Regardless, Murphy promises that she’ll heal up and come back better from the result.

“My adult life has been a dream, and sometimes I have to pay for that dream,” Murphy said. “I’ll be back sometime, but for now I’m just going to lick my wounds and rest a bit.”