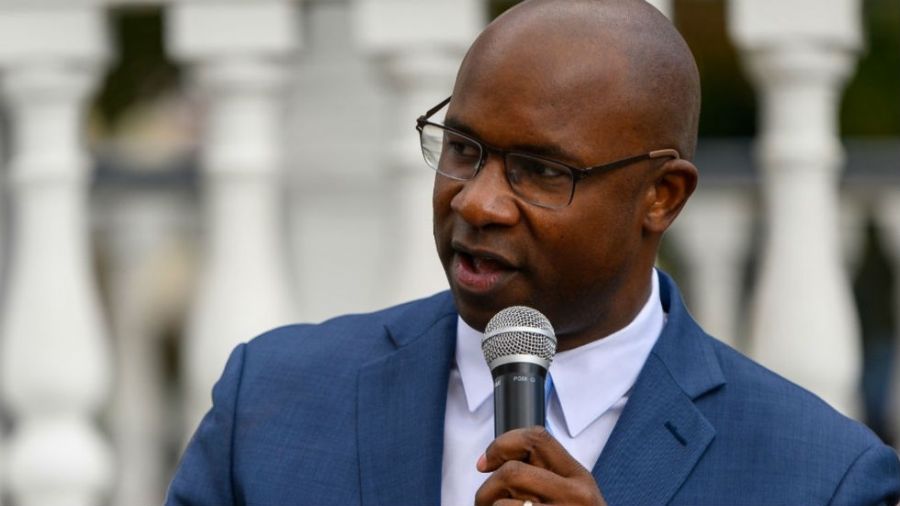 “Sending nothing but love to Nia Long,” Bowman wrote on Twitter. “We’re not letting a man, who didn’t recognize the luxury her presence was, dim all her beauty and glory.  Matter of fact, we need a Nia Long national holiday!”

Twitter users quickly responded with a slew of posts, suggesting that the congressman was romantically interested in Long.

“(D)ude you’re in congress, stop simping on the (timeline),” one user wrote.

“You couldn’t just slide into her DMs,” another asked.

One user photoshopped a picture of Long next to Bowman on the floor of the House, with the caption “Today on C-Span: Representative Bowman announces the Nia Long Day Bill.”

Bowman, who is married, shut down speculation with a second tweet an hour later.

“Hahaha, ya’ll hilarious,” he said. “Y’all do know it’s okay for a man to show a woman love and support without shooting his shot? That’s actually a thing.”

Long has received an outpouring of support on social media amid her partner’s alleged cheating scandal. The NBA suspended Udoka for the entire upcoming season after he allegedly had a relationship with a female member of the Celtics staff.

Is Taylor Swift headlining the Super Bowl Halftime Show in 2023? Fans are convinced they’ve found clues
The cycles of election denialism must end