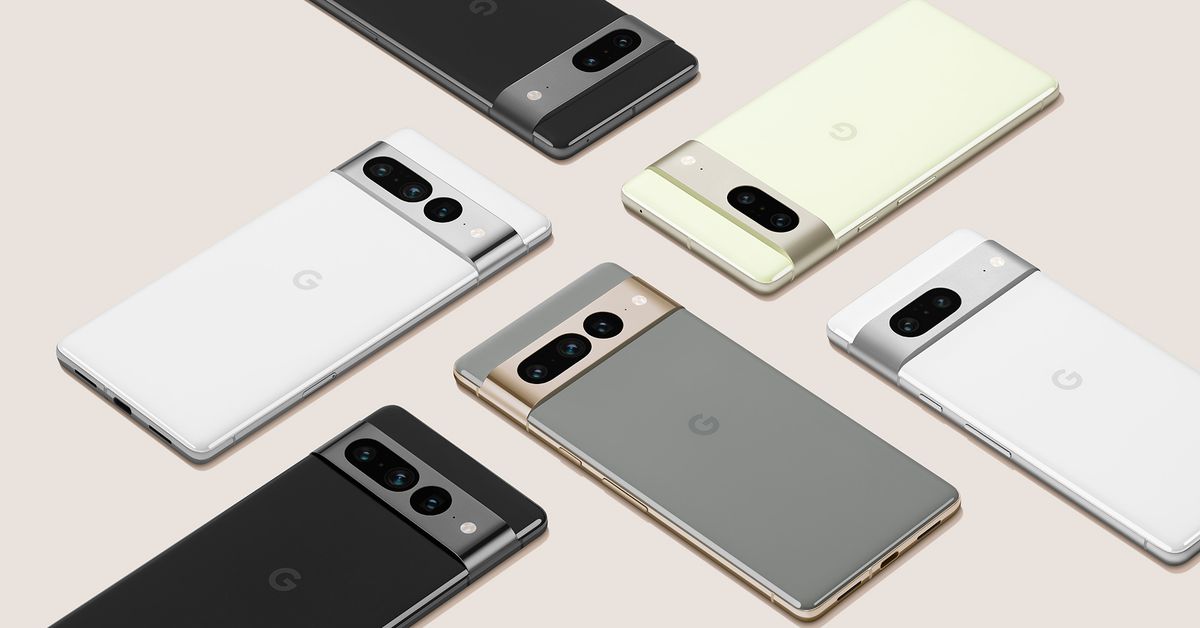 The Pixel 6 and 6 Pro were priced competitively, so it’s excellent news if the 7 series pricing stays the same

It feels like it shouldn’t be news when the price of something doesn’t go up, but that’s where we are in the year 2022. We’re paying roughly a thousand percent more for a loaf of bread than we were this time last year, but a couple of price tags that may be staying the same during inflation-o-rama are the ones on the upcoming Google Pixel 7 and 7 Pro. Android Police founder Artem Russakovskii tweeted the alleged prices for the devices: $599 for the Pixel 7 and $899 for the Pixel 7 Pro.

That’s not just noteworthy because the price of everything everywhere is going up. If true, it’s particularly good news because the Pixel 6 and 6 Pro were already priced really well, to begin with — both the iPhone 14 and Galaxy S22 start at $799. Google has some wiggle room to increase prices if it wants to, and maybe it will down the line, but for now, we have good reason to believe that it won’t be this year.

In fact, Google would be in step with Apple and Samsung by not raising prices on its flagships this year, but that’s probably not because these companies are feeling benevolent. Consumer tech products have long planning cycles, and prices for the devices were likely set long before “inflation” was something we heard about 100 times a day on NPR. And while we may not pay more for the phones themselves, price increases might sneak up on us in other ways, like more expensive accessories or dubious fee hikes on our phone bills. In any case, we’ll find out exactly what the new Pixels will cost soon enough.

Has the Windows 11 2022 Update made your gaming PC stutter?

Nvidia GPU owners have been complaining of stuttering and poor frame rates with the latest Windows 11 update, but thankfully there’s a fix. Nvidia has identified an issue with its GeForce Experience overlay and the Windows 11 2022 Update (22H2). A fix is available in beta from Nvidia’s website.

If you’re using crash detection on the iPhone 14, invest in a really good phone mount.

Motorcycle owner Douglas Sonders has a cautionary tale in Jalopnik today about the iPhone 14’s new crash detection feature. He was riding his LiveWire One motorcycle down the West Side Highway at about 60 mph when he hit a bump, causing his iPhone 14 Pro Max to fly off its handlebar mount. Soon after, his girlfriend and parents received text messages that he had been in a horrible accident, causing several hours of panic. The phone even called the police, all because it fell off the handlebars. All thanks to crash detection.

Riding a motorcycle is very dangerous, and the last thing anyone needs is to think their loved one was in a horrible crash when they weren’t. This is obviously an edge case, but it makes me wonder what other sort of false positives we see as more phones adopt this technology.

Ford is running out of its own Blue Oval badges.

Running out of semiconductors is one thing, but running out of your own iconic nameplates is just downright brutal. The Wall Street Journal reports badge and nameplate shortages are impacting the automaker’s popular F-series pickup lineup, delaying deliveries and causing general chaos.

Some executives are even proposing a 3D printing workaround, but they didn’t feel like the substitutes would clear the bar. All in all, it’s been a dreadful summer of supply chain setbacks for Ford, leading the company to reorganize its org chart to bring some sort of relief.

Welcome to the new Verge

Revolutionizing the media with blog posts

Once again, the US has fallen behind in transportation — call it the Bussí gap. A hole in our infrastructure, if you will.

Sundar Pichai addressed employees’ questions about Google’s spending changes at an all-hands this week, according to CNBC.

“Maybe you were planning on hiring six more people but maybe you are going to have to do with four and how are you going to make that happen?” Pichai sent a memo to workers in July about a hiring slowdown.

In the all-hands, Google’s head of finance also asked staff to try not to go “over the top” for holiday parties.

Need to fill your video game, VR world, or project render with 3D chaff? Nvidia’s latest AI model could help. Trained on 2D images, it can churn out customizable 3D objects ready to import and tweak.

The model seems rudimentary (the renders aren’t amazing quality and seem limited in their variety), but generative AI models like this are only going to improve, speeding up work for all sorts of creative types.

Japan will fully reopen to tourists in October following two and a half years of travel restrictions.

Good news for folks who have been waiting to book their dream Tokyo vacation: Japan will finally relax Covid border control measures for visa-free travel and individual travelers on October 11th.

Tourists will still need to be vaccinated three times or submit a negative COVID-19 test result ahead of their trip, but can take advantage of the weak yen and a ‘national travel discount’ launching on the same date. Sugoi!

What does it cost to buy a smartphone that does something no smartphone from Apple, Google, Samsung can? $1,599.99 is Sony’s answer: for a camera lens that can shift its focal length anywhere between 85mm and 125mm.

Here’s Allison’s take on Sony’s continuous-zoom lens when she tested a prototype Xperia 1 IV back in May:

Sony put a good point-and-shoot zoom in a smartphone. That’s an impressive feat. In practical use, it’s a bit less impressive. It’s essentially two lenses that serve the same function: portrait photography. The fact that there’s optical zoom connecting them doesn’t make them much more versatile.

Still, it is a Sony, and like.no.other.

If God sees everything, so do these apps.

Some Churches are asking congregants to install so-called “accountability apps” to prevent sinful behavior. A Wired investigation found that they monitor almost everything a user does on their phone, including taking regular screenshots and flagging LGBT search terms.

Earlier this week, Getty Images banned the sale of AI-generated content, citing legal concerns about copyright. Now, its biggest rival, Shutterstock, has responded by doing … absolutely nothing. In a blog post, Shutterstock’s CEO Paul Hennessy says there are “open questions on the copyright, licensing, rights, and ownership of synthetic content and AI-generated art,” but doesn’t announce any policy changes. So, you can keep on selling AI art on Shutterstock, I guess.

This custom Super73 makes me want to tongue-kiss an eagle.

Super73’s tribute to mountain-biking pioneer Tom Ritchey has my inner American engorged with flag-waving desire. The “ZX Team” edition features a red, white, and blue colorway with custom components fitted throughout. Modern MTBers might scoff at the idea of doing any serious trail riding on a heavy Super73 e-bike, which is fine: this one-off is not for sale.

You can, however, buy the Super73 ZX it’s based on (read my review here), which proved to be a very capable all-terrain vehicle on asphalt, dirt, gravel, and amber fields of grain.

The sincerest form of flattery.

I had little interest in Apple’s Dynamic Island, but once a developer built their spin on the idea for Android, I had to give it a try.

Surprisingly, I’ve found I actually like it, and while dynamicSpot isn’t as well-integrated as Apple’s version, it makes up for it with customization. Nilay’s iPhone 14 Pro review asked Apple to reverse the long-press to expand vs. tap to enter an app setup. In dynamicSpot, you can do that with a toggle (if you pay $5).

DynamicSpot in action on a Google Pixel 6