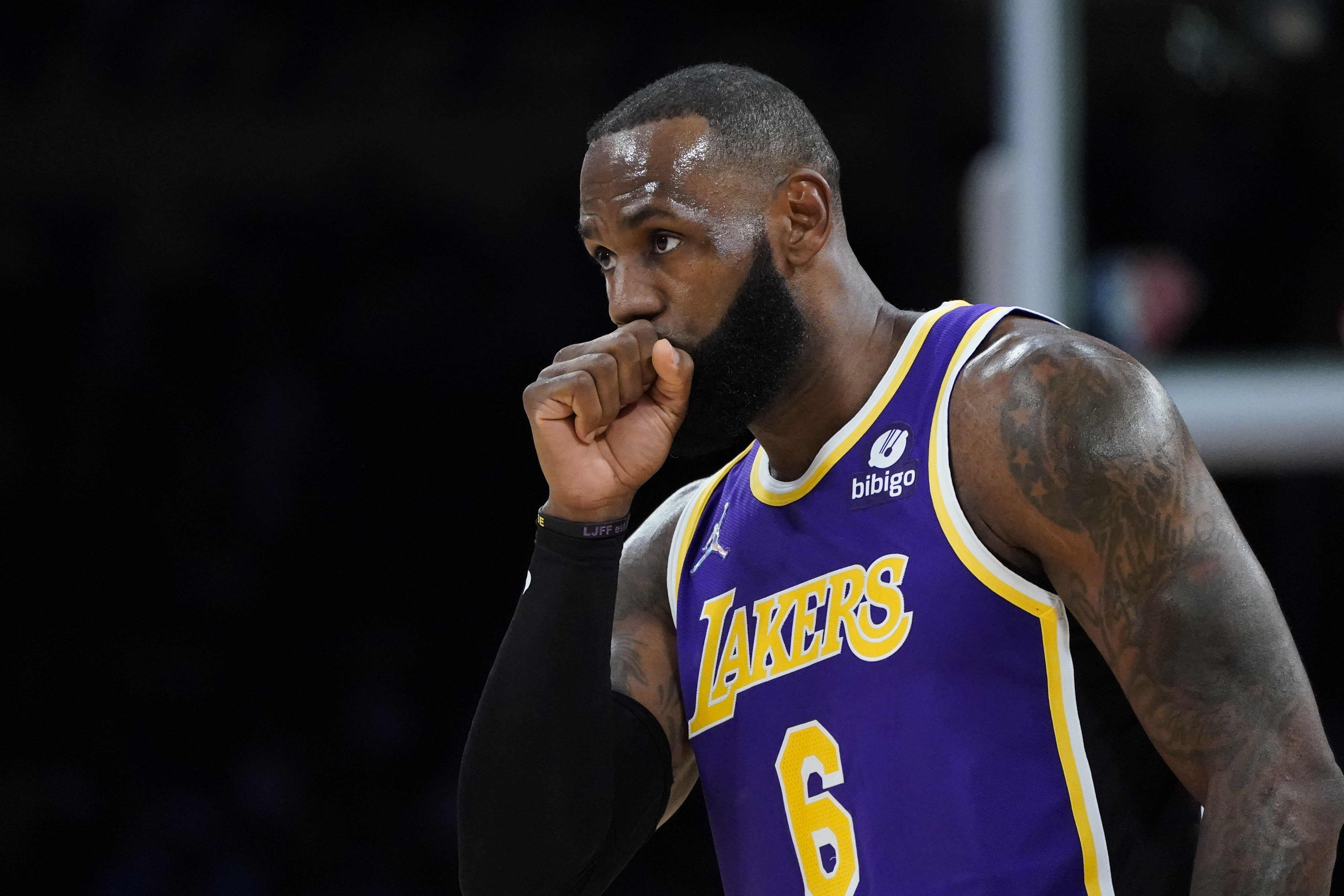 LeBron James is back, and, boy, did the Los Angeles Lakers need him.

The superstar forward returned to the starting lineup on Friday night after a two-game absence with a sore ankle and helped the Lakers earn a 113-101 victory over the Cleveland Cavaliers at the Staples Center, leading all scorers with 26 points.

The @Lakers race down the floor for the flashy finish!

It’s all tied up at the break on NBA League Pass.
📱💻: https://t.co/V0kkYEEIkG pic.twitter.com/F3K9b20gmh

The win moved the Lakers (3-3) back to .500 on the year after Wednesday’s disappointing loss to the rebuilding Oklahoma City Thunder, which saw the Lakers blow a 26-point lead.

It was the Lakers who came out flat in this one, trailing by as many as 11 points in the second quarter. But a rejuvenated defensive effort and James’ presence on the offensive end helped erase the deficit by halftime and earn a much-needed win for a Lakers team still working out the kinks after an offseason of roster upheaval.

Westbrook is making a concerted effort to pass to LeBron as much as possible tonight. It’s working out so far.

It was a solid effort from the young Cavaliers (3-3) and promising rookie Evan Mobley, who was excellent yet again on Friday. But James, Anthony Davis and the Lakers’ veterans proved too much for Cleveland’s young core.

Carmelo Anthony Brought the Sauce Off the Bench

LeBron James will be the headliner, and for good reason. But it was Anthony’s offensive spark off the bench that probably saved this game for the Lakers.

His nine points in the third quarter, all on threes, helped erase a nine-point deficit in the quarter. On a night when the Lakers really struggled with turnovers (22), Anthony Davis wasn’t at his best (15 points) and the Lakers suffered from long defensive lapses, Anthony’s offense proved crucial.

This is what they signed him to do. Anthony played his role to perfection on Friday.

Like, really good. If it’s possible for a team to get a steal with the third overall pick, well, the Cavaliers did.

Evan Mobley is so damn good, man. Thought he’d be good but not this quickly

Have heard Mobley described as Slim Duncan and Next Ticket in the last day. https://t.co/l1LvjHbPZd

Mobley brings it on both ends. He spent time defending James, a borderline impossible assignment. He finished lobs. He stepped into perimeter jumpers. He is already, unquestionably, Cleveland’s best player.

DG with his eighth assist. Mobley with the slam. #LetEmKnow pic.twitter.com/q11p7URoCZ

It’s way too early to say that Cade Cunningham shouldn’t have been the top overall pick, or that Jalen Green shouldn’t have gone No. 2. And Mobley still has plenty to work on himself. But the Cavaliers got themselves a future superstar at No. 3. That is becoming more and more apparent with each passing game.

The Lakers host the Houston Rockets on Sunday at 10:30 p.m. ET. Cleveland has a back-to-back, traveling to face the Phoenix Suns on Saturday at 10 p.m. ET.