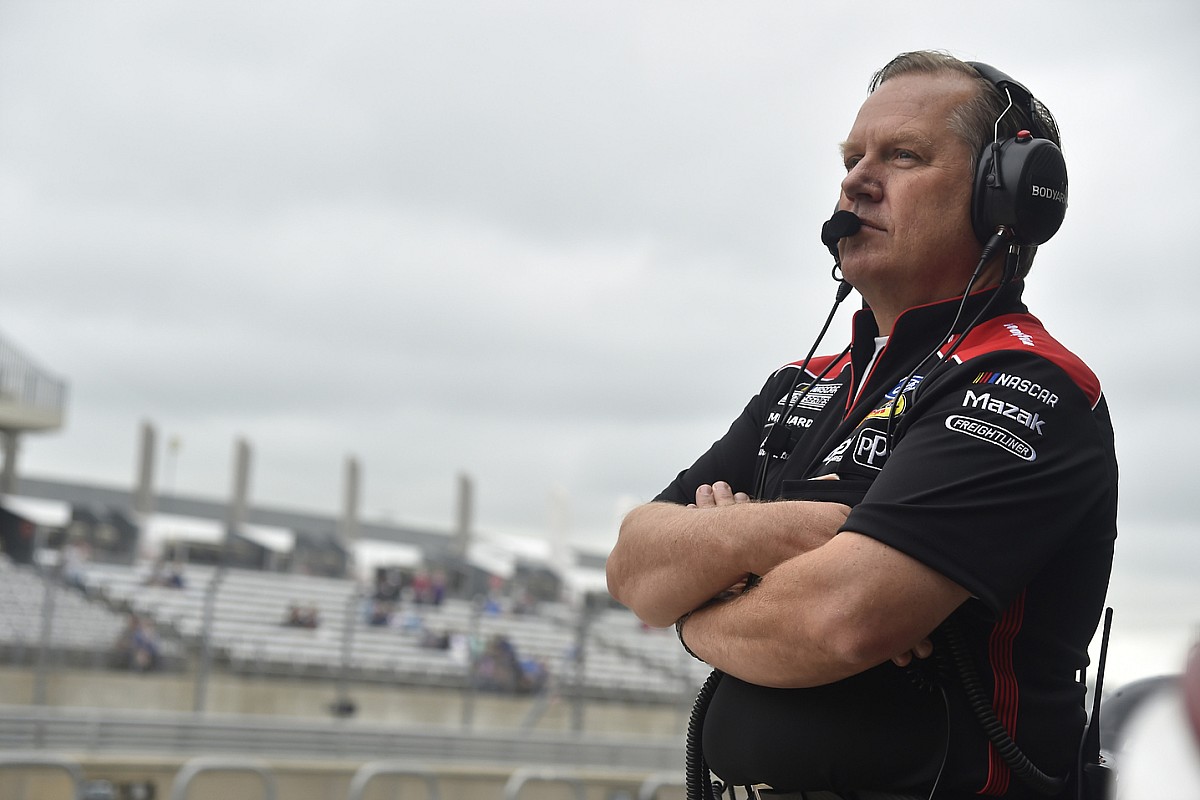 Gordon, 53, a former driver who won the 2018 Cup Series championship as a crew chief for Penske driver Joey Logano, retired from fulltime competition following the 2021 season.

Gordon will serve as crew chief for Johnson’s part-time schedule this season, which includes the season-opening Daytona 500. Both Gordon and Johnson will participate in this week’s test at Phoenix Raceway.

“I’m really looking forward to working with another champion that still has the desire to compete and win at the highest level,” said Gordon. “In my conversations with Jimmie, I found we both miss the competition – but don’t want the grind of a full-time schedule – so this is a great opportunity for us to still race and help Legacy Motor Club build on the success they saw in 2022.”

“Having the pressure of ‘making the race’ through qualifying and the Duel races is going to be a little stressful with a car that Jimmie and I haven’t worked with yet. But the team had really good cars on superspeedways last season, so we have great resources, great teammates and a good starting point.”

Johnson echoes Gordon’s excitement and anticipation of the season ahead.

“I’m thrilled to have Todd come on board as my crew chief,” said Johnson. “I’ve really enjoyed getting to know him over the last few weeks. I have known and respected him as a competitor for many years and have always appreciated his professionalism, work ethic and results.”

In addition to Gordon’s hire, Legacy MC also announced a contract extension with Dave Elenz, who currently serves as crew chief for driver Erik Jones and the No. 43 Chevrolet. Elenz’s extension will carry him through the 2025 season.

In their first season together, the duo racked up one win at Darlington, S.C., in the Southern 500, three top-five and 13 top-10 finishes.

“We had a great season last year thanks to Erik and everyone at the team,” Elenz, 41, said. “There is a lot of excitement and opportunity right now at Legacy MC and I’m really looking forward to getting back to the track.”

While at Hendrick, Elenz was Johnson’s team engineer on the No. 48 team and together they won the 2013 Cup Series title. In 2015, Elenz joined JR Motorsports’ Xfinity Series team as a crew chief. After leading the No. 9 team driven by Noah Gragson for three seasons, Elenz joined Legacy MC to crew chief Jones beginning last year.

Said team president Mike Beam: “The amount of talent and pedigree of people we have is really impressive. I really can’t wait to get to the track and see what we can accomplish together. Maury (Gallagher), Jimmie, Joey Cohen and I have been working really hard over the off-season to put the right people in place.”

Dak Prescott Vows Cowboys Will Bounce Back Next Season
Rolex 24 Hours at Daytona: Schedule, how to watch on TV, and more