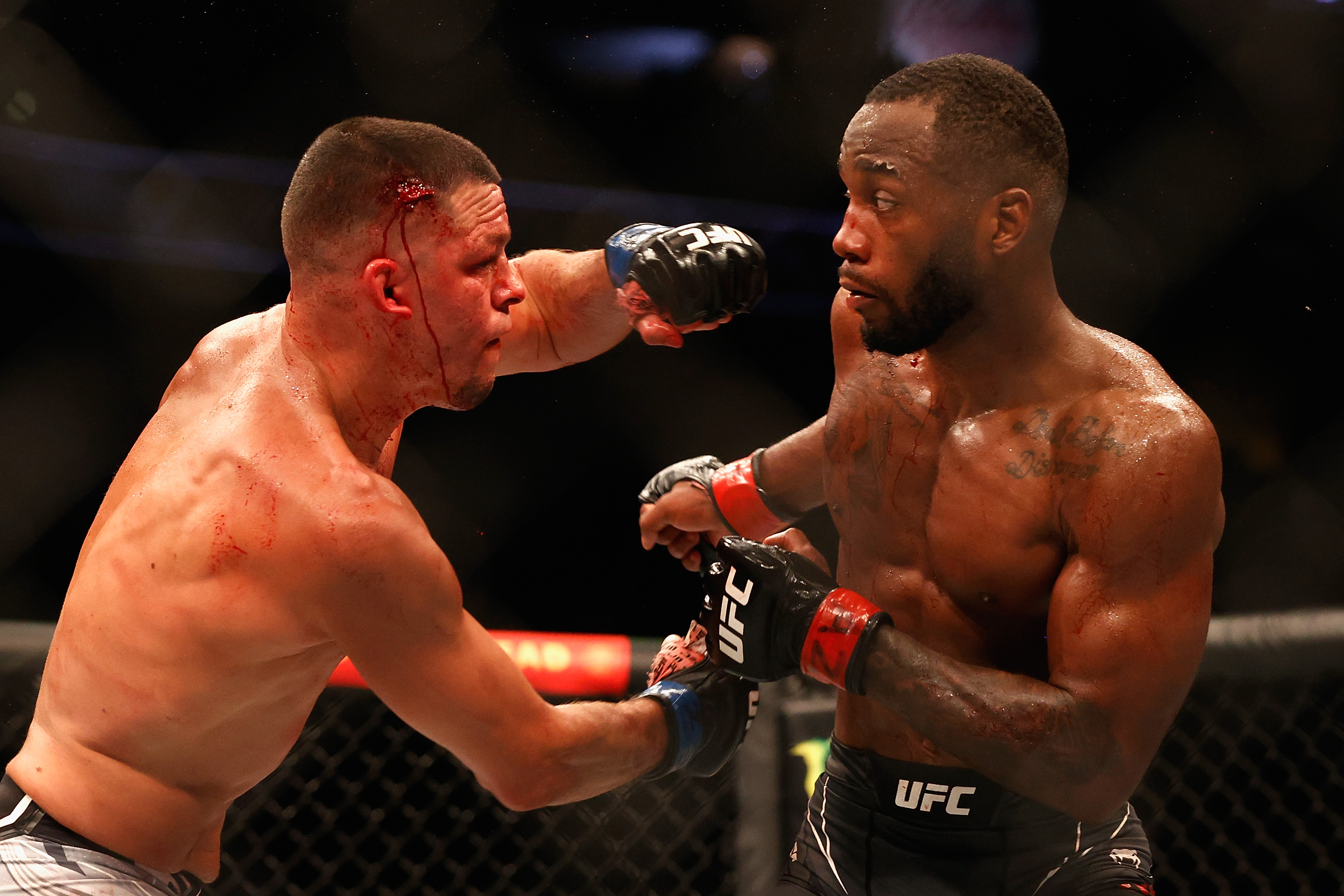 Nate Diaz had pretty good advice for Leon Edwards after the latter beat him by unanimous decision at UFC 263 on Saturday night.

“Nate told me after the fight, ‘Don’t let these motherf–kers tell you ain’t s–t name your price or they will name it for you’ and I felt that,” Edwards tweeted Monday.

Edwards largely controlled the fight through the first four rounds, battering Diaz and easily winning on the cards. But he let his guard down just enough in the fifth round to get smashed by a Diaz left that had him swaying, a lapse in concentration he told reporters he would learn from after the fight:

“I was rocked. I wasn’t rocked [enough] to go down to my knees and get ground and pounded out but I felt that. I didn’t know what he hit me with until after the fight. It was a clean shot. Like I said, I got complacent. I thought there’s only a minute and a half left, let’s just go with the flow of the fight and I paid the price. That is a lesson. I’m still learning. I’m 29 years old and I’m still growing.”

Regardless of that shaky finish, Edwards continues to impress. He hasn’t lost since 2015, when Kamaru Usman beat him by unanimous decision. Since then, he has nine wins out of 10 fights with one no-contest after he accidentally poked Belal Muhammad in the eye in March.

As for Diaz, he didn’t just have things to say after the fight. Edwards told reporters his opponent was talking smack the entire match too, even as the Brit was getting the better of him:

“I think Nate’s Nate, that’s what I like about him. He is who he is, he won’t change for nobody and especially talking s–t. Even when I was hitting him, I was getting him with some good shots and [he said], ‘What are you doing? You ain’t doing nothing!’ I’m like, ‘Bro, I’m beating you up here.’ It is what it is.

“Good fight, I enjoyed it. It’s been a long, long two years and I was happy to come back and compete against a guy like Nate. I respect him, especially after that fight. Knowing how much he can take and keep going forward and keep talking s–t.”

Beating a fighter like Diaz was important for Edwards. It should open the door for him to get more high-profile fights and perhaps eventually a title shot.