Let’s Cool It With the Bear Attack Stories

Home /General/Let’s Cool It With the Bear Attack Stories 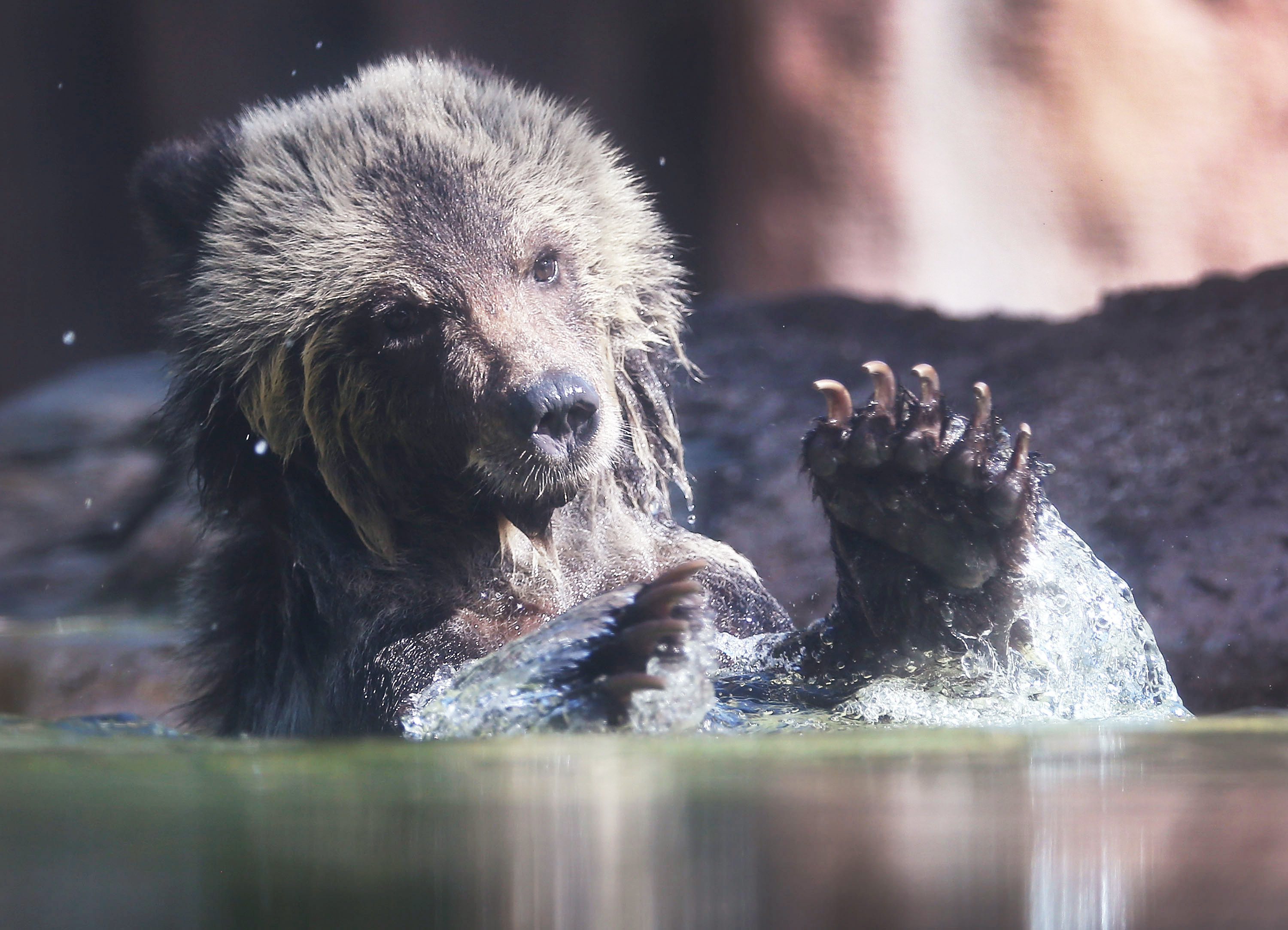 “I saw a big set of white teeth coming towards me,” read the headline of a Guardian report about “terrifying wild animal attacks” last week. Four days later, the New York Post interviewed an 81-year-old grandmother in suburban New Jersey who survived a bear attack that killed her dog.

Horror stories about predators seem to be the last thing outlets of all stripes and ideologies can agree on. Last spring, the usually sedate Wall Street Journal warned, “Bald Eagles Are Back. And They Want to Eat Your Pets.” Last fall, The New York Times Magazine ran a 10,000-word feature by a former war reporter about an uptick in shark attacks on Cape Cod, complete with a headline in bright red and a still from the movie Jaws. “If you’re not seeing wild coyotes in New Jersey,” warned a local news outlet this past summer, “they’re seeing you.” Even the nature-positive Field and Stream has gotten into the fearmongering, last fall recounting the horrifying ordeal of a Colorado family whose home was invaded by a black bear, just after publishing “2021 Has Been a Year of Brutal Bear Attacks—and the Worst May Be Yet to Come.”

These stories are scary. But the fearmongering is, too. Wild animal attacks have indeed increased in recent years, but that’s mostly as human settlement has expanded into areas where wildlife live. And attacks from wild animals are still uncommon when compared to human-on-human violence or the risks to humans caused by our own damage to the natural environment, which is increasing by the day.

Scare stories about animal attacks obscure positive environmental news: After all, bald eagles’ recovery from endangered status shows that conservation efforts can work and should inspire us to support more such measures. But even more importantly, panic over rare attacks can distort policy. Predators are necessary to the ecosystems in which we live, and public fear gets in the way of sensible policy to support them.

To take one example, the disappearance of mountain lions from the northeast has led to an overpopulation of deer and a host of other environmental imbalances, including soaring rates of Lyme disease from deer ticks. Ecologists have proposed reintroducing mountain lions into the environment (totally possible, since the big cats still exist in the western states), which would cut down on Lyme and reduce car collisions. For this reason, as Slate pointed out some years ago, mountain lions could even save us money on our car insurance. But whenever the idea of reintroducing the cougar is proposed, the public freaks out. A discussion of the issue has been underway in New York state among conservationists, but state officials have strenuously denied that it’s under consideration, probably at least in part because of predator panic.

In Massachusetts, where most of my family lives, my mother attended a town meeting on the increased presence of coyotes, shortly after Trump’s election. State officials and conservationists patiently explained that coyotes were unlikely to attack humans and that they were in any case important to the ecosystem: People shouldn’t kill them. One irate and frightened woman begged to differ. “It seems the coyotes have more rights than I do,” she fumed.

My mother interpreted the bizarre statement as a sign of America’s widening ideological chasm—and certainly, the woman’s understanding of her own victimhood in relationship to the coyote is profoundly reactionary in the classic sense of the word. But given the shark and cougar panic sweeping the progressive northeast, it’s also beyond ideology, a bigger problem of modern human consciousness.

In addition to getting in the way of reasonable wildlife policy, environmental educators say, predator panics alienate people from nature. Humans are part of an ecosystem that depends on a balance of animals and plants, and when we overreact to threats, by killing predators recklessly or failing to nurture and protect those animals we find scary, we throw those ecosystems out of balance. Even worse, predator panic leads us to see “nature” as something threatening and outside of ourselves, which of course has troubling implications for climate change, a crisis that we cannot address without understanding ourselves as part of—and interdependent with—the natural world.

Some educators and conservationists are responding with predator positivity, urging the public to move past our present state of terror and treat the animals with care. Text advertising a current exhibit on sharks at New York City’s American Museum of Natural History, for example, promises the show will combat the image of sharks as “fearsome predators,” instead “demonstrating that while sharks pose few threats to people, we pose a serious threat to their future.” In a letter to The Wall Street Journal disputing the bald eagle story, a raptor advocate insisted that the birds pose little threat to pets; indeed, he fears that the newspaper’s sensationalist story could incite retaliation against eagles by frightened members of the public.

A glimmer of hope may lie in our love for predators—and our identification with them, which is perhaps almost as instinctive as our fear. In places where wolves and mountain lions have died out, rumors often spread of sightings, like the stories of the Loch Ness monster, more wishful than frightened. Some of the behaviors we love most in our cats are those that signal their lust for the kill: the playful pouncing, the wide-eyed alert posture as they look out the window, tracking every move. We dote on adorable, fuzzy, little murder machines. Human love for our fellow predators is fully on display in the grisly (and for some, exhilarating) Instagram account @natureismetal. A peregrine falcon poses with the head of a recent kill: an unlucky grackle. Lionesses gang up on a hartebeest. The account even celebrates predation most of us did not know could happen: an alligator making a meal out of a fellow alligator; a squirrel devouring a lizard.

Rational information can nourish this fascination and help us get a grip on our fears. A couple years ago, I went hiking alone in northern California. Everywhere signs warned me about mountain lions, but gently, assuring me that they were “important members of the natural community” but to be cautious and treat them with “respect” so they wouldn’t attack. I felt a rush of terror—probably the same hyperalert feeling any vulnerable animal might have—and continued my hike, heart beating a bit faster. I went back the next morning to explore more of the nearby trails and saw the same official-looking warnings. I noticed that as I got used to seeing the calm, patient signs, I started to move past terror to disappointment: Why hadn’t I seen a mountain lion yet?