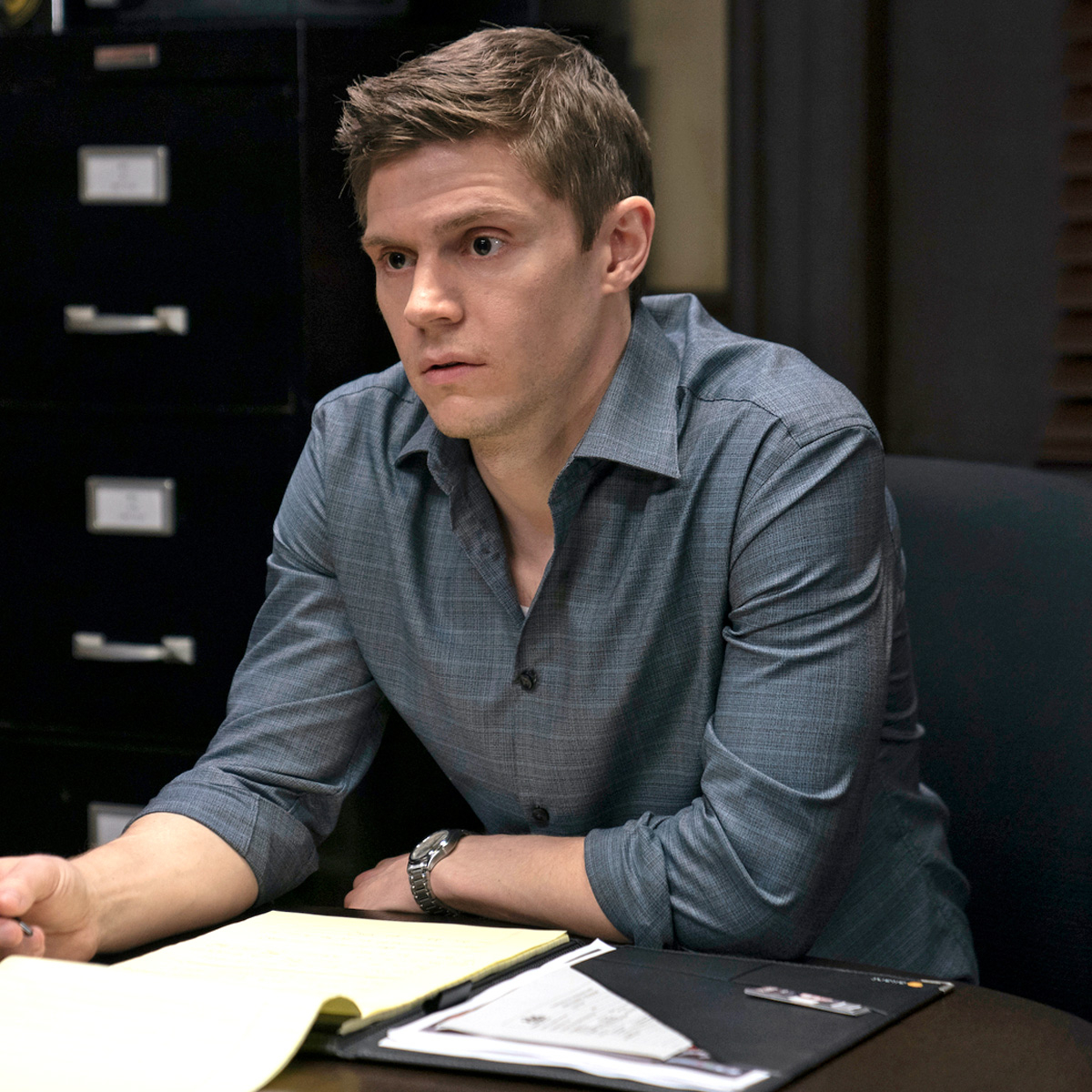 Warning: This article features spoilers for episode five of Mare of Easttown.

In case you missed it, Evan Peters is our latest internet obsession.

You may know our crush as sarcastic Pietro Maximoff in WandaVision, snarky Quicksilver in X-Men, the staple hottie who may or may not be insane on American Horror Story, or most recently, as the sexy slain Detective Zabel in Mare of Easttown, which nabbed him an Emmy for Best Supporting Actor in a Limited Series. But let’s put it this way: If you’re watching TV, or movies, or paying attention to pop culture at all, Peters deserves more love. Who else can ask out Kate Winslet without blinking—or breaking his spot-on Pennsylvanian accent?

He used to knit, gets nervous on first dates and even accidentally flashed Jessica Lange on set. Oh, to be his slipped “cock sock” during that sex scene.

On top of all that, Peters is as down to earth as possible when it comes to his offscreen love life. His dream girl would be understanding enough that if he “says the wrong thing or do something stupid or fumble or spill shit on my shirt, she’s OK with it,” Peters described to Cosmopolitan. “She’s cool with that and will give me another chance to say the right thing, and get past my nerves and insecurity…I need a couple more chances than just the first one.”

Peters, we would give you all the chances and more.

After almost being Mr. Emma Roberts (twice), Peters became Halsey‘s “darling” during a whirlwind romance. The inseparable couple were the It duo of the moment with their red carpet debut being seen ’round the gram. With both his exes having since moved on, we’re available for any “swimmingly” cute Valentine’s Days, just saying. Even Lindsay Lohan included Peters on her infamous little black book list, along with Hollywood’s fellow hottest men. We get you, girl.

But back to acting! Aside from his understated good looks, Peters’ onscreen talent just can’t be ignored, from captivating audiences in his heartfelt WandaVision performance to making us tear up a bit after * dying * in Mare. Next, Peters is slated to take on a more sinister role with longtime collaborator and executive producer Ryan Murphy later this year in Netflix’s Monster: The Jeffrey Dahmer Story. Peters will play the titular serial killer, and we just know he’ll shine per usual. Can we get some Emmy nods up in here already?

In honor of Peters’ Emmy win, let’s relive some of his best roles so far…