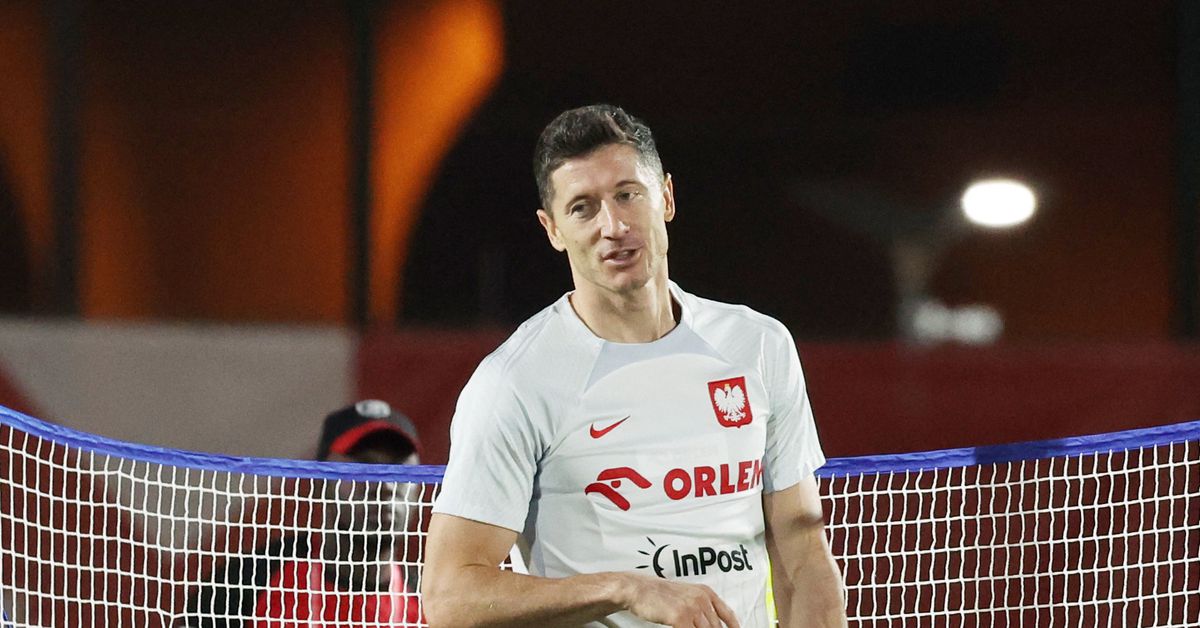 Lewandowski failed to break his tournament duck when his second-half penalty was saved in their opening 0-0 draw with Mexico on Tuesday.

“I spoke to the whole team about the match against Mexico, including Robert Lewandowski,” Michniewicz told a news conference.

“Regarding the penalty kicks, nothing has changed – Robert is still designated as the first player to perform them.

“Of course, if there is such a chance, he will make the decision whether he will shoot or give the spot kick away to someone else. It’s all up to him. He feels up to taking more penalties, nothing has changed here.”

The coach stressed that the Mexico draw, which left Poland second in Group C, is behind them and the team is calmly preparing for their game against surprise leaders Saudi Arabia on Saturday.

“We have clear heads because we have closed this subject,” Michniewicz said. “We don’t succumb to pressure, whether someone would like us to play with one lineup or another.

“We know what we can do better, what we need to do better, and what worked well. Then the result is always an open question.”

Michniewicz added that Poland would not change tactics only because the opening game did not entirely go their way.

“We are not acting on impulse,” he said. “Of course, we make adjustments, … but after one match we don’t turn everything upside down.

“Since the beginning of my work with the national team, we have been able to play basically with every formation … and none of them being changed when needed should be a surprise.”

The Poland coach was criticised by his home nation for putting out a defensive lineup in their Mexico draw, with Lewandowski appearing to silently share their discontent.

“Coming to this news conference I said that if we had scored a goal after Lewandowski’s spot kick, we had options prepared,” Michniewicz explained.

“Tired (winger Jakub) Kaminski comes off the pitch, we field another quick winger, one centre-back comes in and we switch to three in defence and play a completely different set-up. At the end one more striker comes in.

“We are ready for everything even before the game, so we don’t panic, although it may look like that from the sidelines.”

Reporting by Anita Kobylinska in Doha; Editing by Hugh Lawson