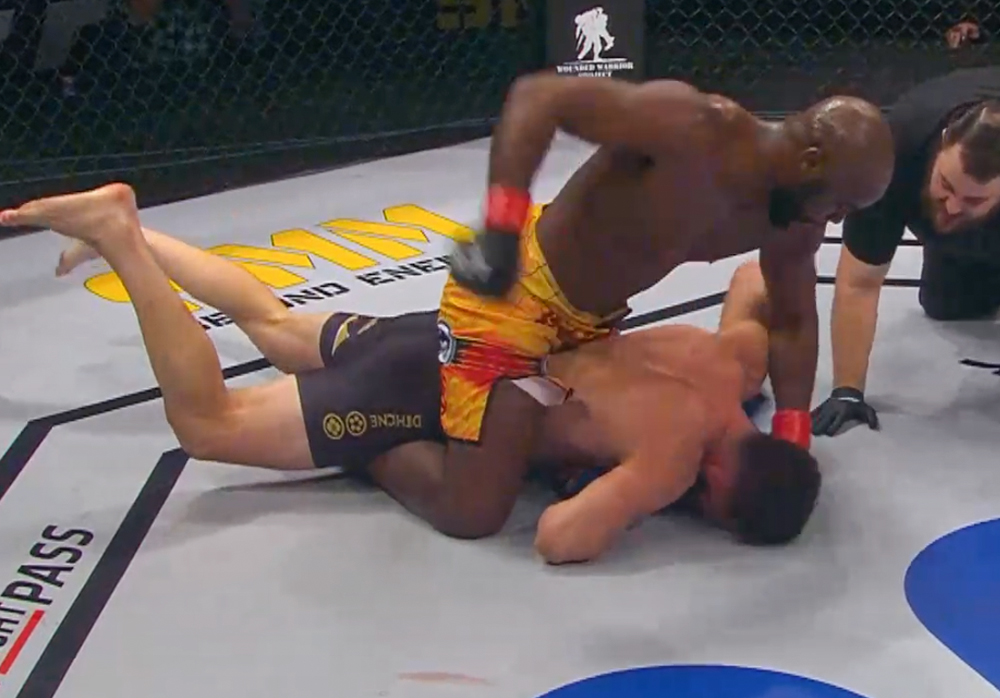 
Legacy Fighting Alliance kicked off its year in Texas on Friday with an exciting slate of fights.

LFA 121 took place on Friday evening in Dallas at The Factory in Deep Ellum and produced a number of highlight moments on the main card.

Headlining the evening was a welterweight matchup between Chris Brown (8-3) vs. Steve Jones (8-3), who closed the show in their first main event slots with the promotion.

The pair of 32-year-old fighters traded kicks throughout the first round, with both men having their moments. Jones pressed the action by stalking his opponent around the cage early, but Brown was ready to counter with kicks when he saw the opportunity.

Jones closed the round with a takedown and carried that strategy into the second round, as he tried to bring the fight to the canvas. However, Brown was able to take the back of Jones in the closing seconds.

The big moment occurred early in the final round as Brown rocked Jones with a left hook, leading to a flurry of punches as he tried to secure the finish. Jones scrambled and did his best to hold on stop the onslaught, but Brown ended up in back mount and continued to rain down elbows and punches until the referee saw enough.

Hearts all over the world tonight… are happy with joy! Chris Brown gets it done! #LFA121 pic.twitter.com/nT9wE0ESja

Brown, a JacksonWink MMA product, picked up his third straight victory and second consecutive finish. During his post fight interview, he made a case for a shot at the LFA welterweight title.

Full results of LFA 121 include: