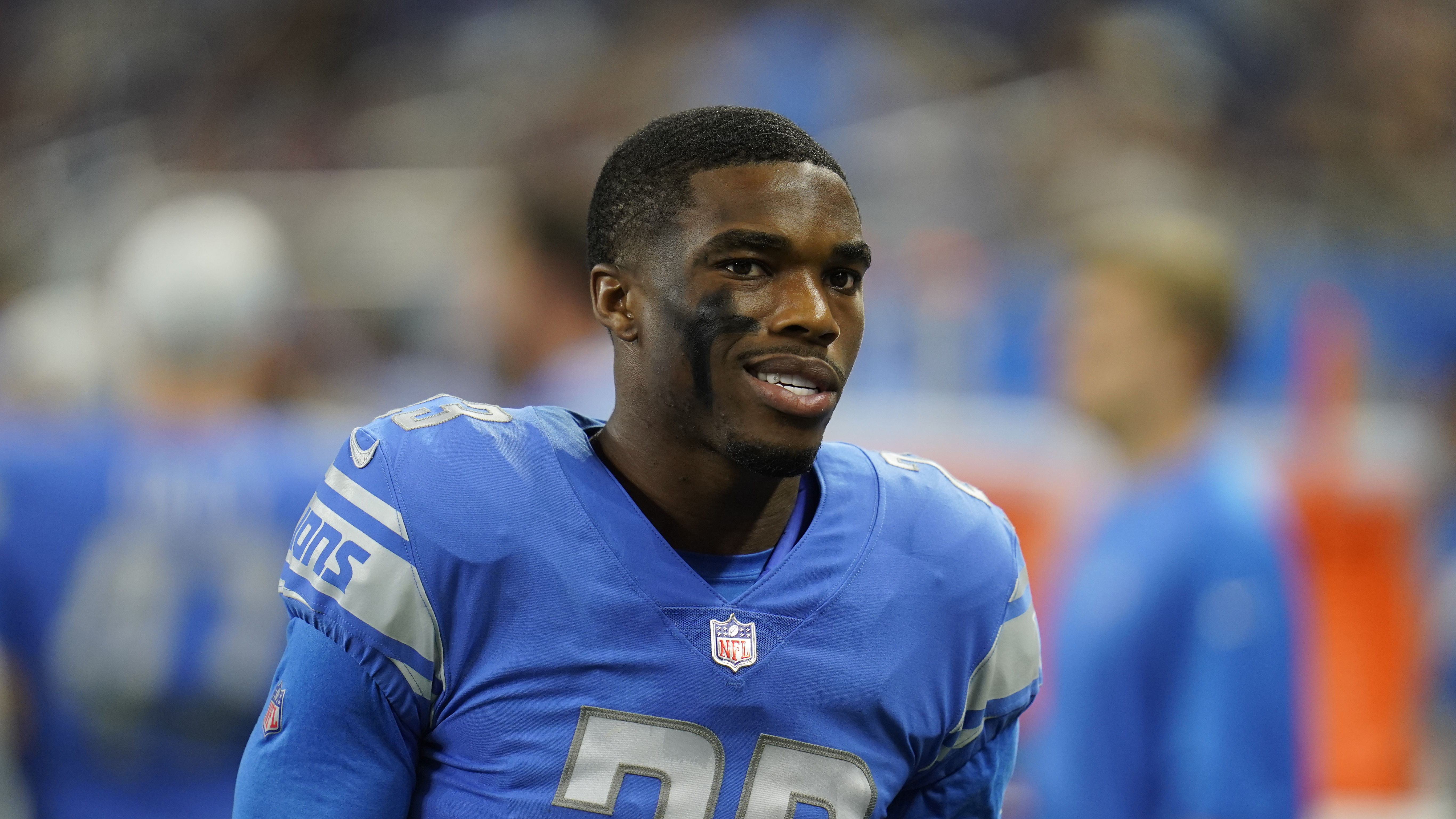 Detroit Lions cornerback Jeff Okudah will miss the remainder of the 2021 season after suffering a ruptured Achilles in Sunday’s loss to the San Francisco 49ers.

Tom Pelissero of NFL Network reported the results of an MRI that confirmed the diagnosis.

Odukah went down in the fourth quarter after a frustrating performance in which he got beat by Deebo Samuel for a long touchdown and got yelled at by secondary coach Aubrey Pleasant for a mistake on a 49ers rushing touchdown.

“It was just, I would say for Jeff, it was an up-and-down game,” Lions head coach Dan Campbell told reporters. “He flashes on a few plays, you’re like, ‘Whoa, OK, there he is,’ and next thing you know, it’s something happens. That’s—and I don’t want to make excuses, but at the same time, he’s in Year 2. And he made some young errors, is what he did.”

Okudah, the No. 3 pick in the 2020 draft, was coming off a highly disappointing rookie season during which he allowed a 77.4 percent completion rate. Pro Football Focus gave him a grade of 42.5 last season, which was one of the worst marks in the league.

Injuries have also already been a major part of Okudah’s NFL story. The Ohio State product played only nine games last season because of hamstring, shoulder and groin injuries, and he will now miss the final 16 games of the 2021 campaign.

Two years into his career, Okudah has yet to live up to his predraft expectations.