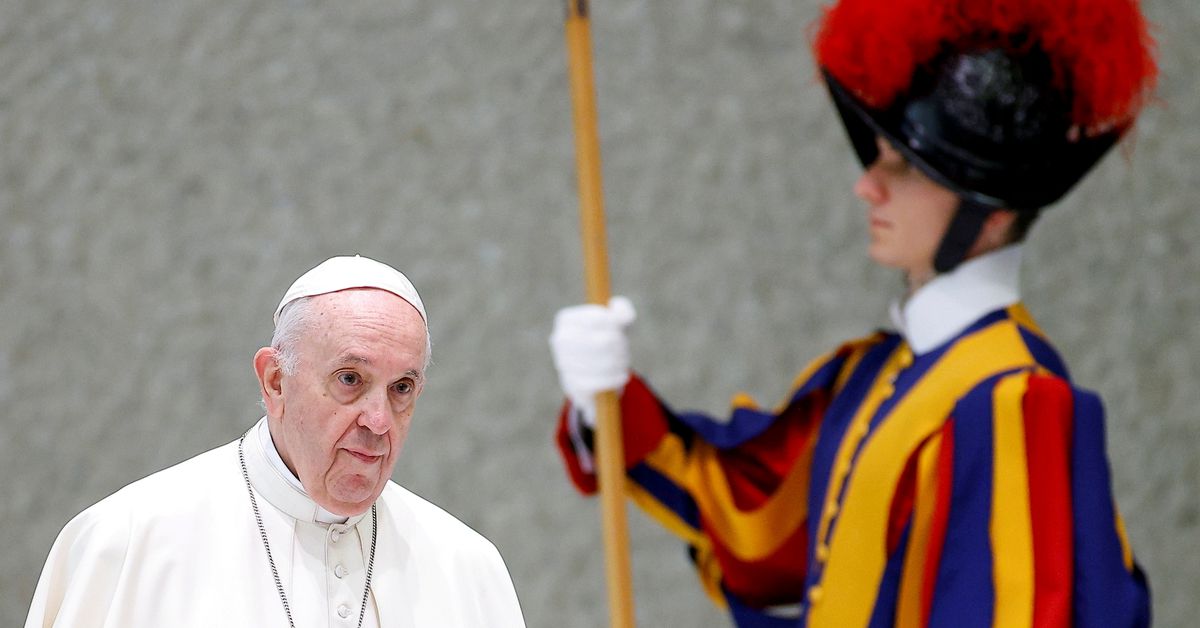 Pope Francis arrives for a meeting at the Paul VI Audience Hall in the Vatican, October 25, 2021. REUTERS/Guglielmo Mangiapane//File Photo

VATICAN CITY, Oct 31 (Reuters) – Pope Francis on Sunday urged world leaders attending the COP26 U.N. climate change summit to hear “the cry of the earth and the cry of the poor”.

Francis, who has made protection of the environment a cornerstone of his pontificate, said at his blessing in St. Peter’s Square that he hoped the meeting in Glasgow would provide “efficient responses and offer concrete hope to future generations”.

It was the second time in three days that the pope appealed to participants to come away with action and not mere words from the climate summit, which is starting on Sunday.

On Friday he told BBC radio the meeting was taking place at a crucial time because the COVID-19 pandemic, the environmental crisis and food supply problems were together brewing up a “perfect storm” that risked rupturing society. read more

He underscored those concerns on Sunday by urging the crowd to visit an exhibition in St. Peter’s Square on his 2015 encyclical “Laudato Si” (Praised Be) on the environment by a photographer from Bangladesh. Scientists say that country will be one of the most affected by sea level rises.

The 84-year-old pope had said several times that he hoped to attend COP26, but the Vatican announced on Oct. 8 that its delegation would be headed by Secretary of State Cardinal Pietro Parolin. It gave no explanation. read more