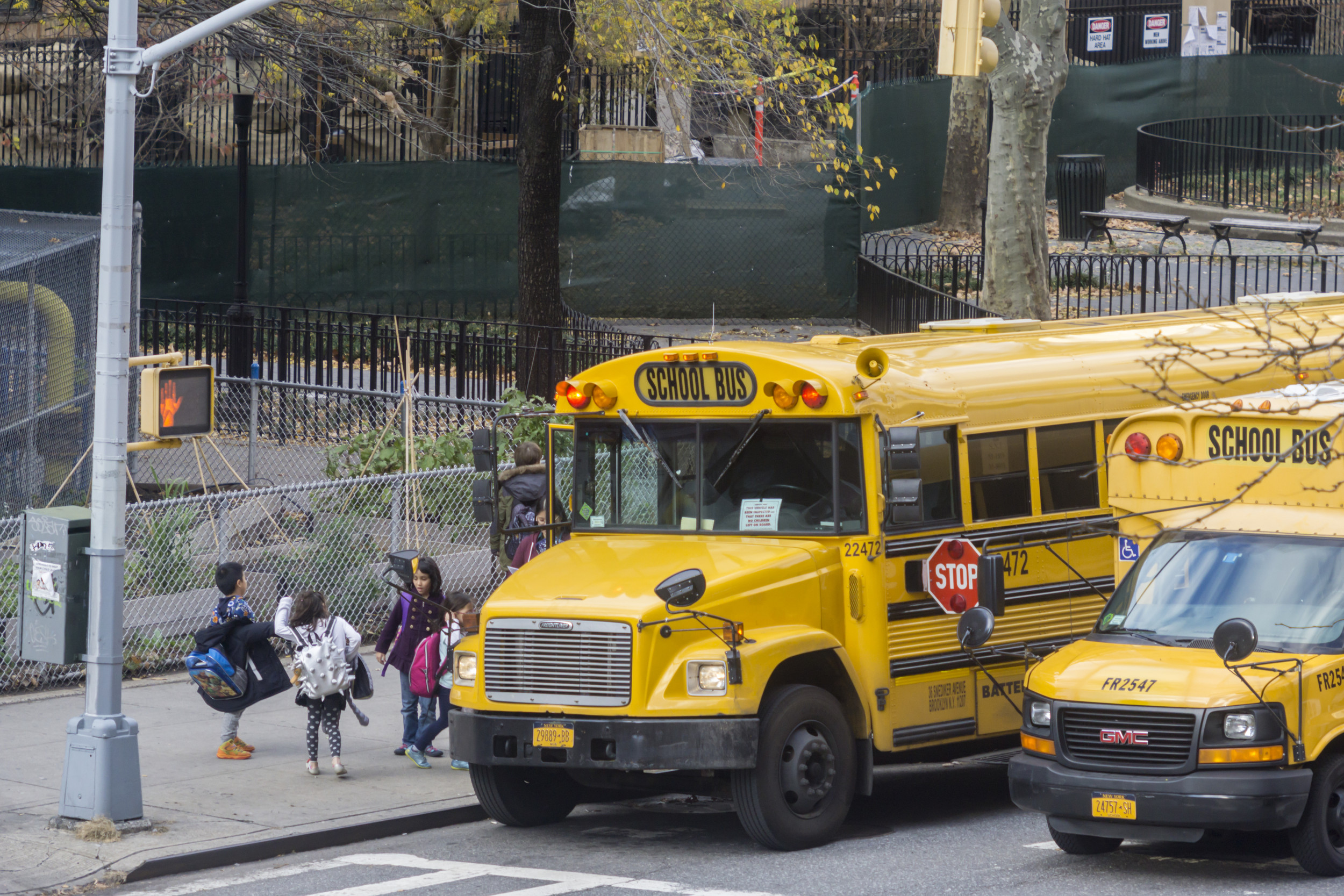 Terrifying footage of the moment a 6-year-old girl became trapped in the door of her school bus and dragged over 1,000 feet away from her stop has emerged in a civil trial against the driver.

According to a report from WAVE, the video was released and obtained by the outlet as part of a civil trial against the driver and Kentucky’s Jefferson County Public School district that began last week. Although the incident occurred in 2015, footage from inside the school bus has only just been released and is expected to be presented at trial.

The video was shot on the school bus’ internal camera system. It begins with the 6-year-old child, only identified as A.R. in the lawsuit, exiting the bus at her stop. She struggles to push through the closing doors, and her backpack gets caught in the double doors without the driver, identified as Melinda Sanders, noticing.

Sanders then drives away, with A.R. running alongside the bus and hitting the door to try and get the driver’s attention. The girl then falls, unable to keep up with the bus’ speed, and is allegedly dragged along the road for 1,147 feet, according to the family’s attorney.

Sanders does not appear to notice the child being pulled by her vehicle, as she carries a conversation with an unidentified adult standing next to her. After a car blares its horn at her, she finally realizes what has happened and promptly stops the bus.

“Oh my God!” she repeats over and over, exiting the bus to assess the child’s injuries.

According to a report from WPSD, prosecutors have accused Sanders of breaking 16 rules bus drivers must follow to ensure the safety of children onboard.

The National Safety Council, or NSC reported in 2019, over 100 people nationwide were injured in school bus-related crashes, defined as “any crash in which a vehicle, regardless of body design, used as a school bus is directly or indirectly involved,” like when a child enters or exits the vehicle.

Between 2010 and 2019, the NSC found although 69 percent of school bus-related crashes resulted in the deaths of occupants of vehicles other than the bus, 6 percent of deaths were students riding the bus.

A report from the Schoolbus Fleet estimates that 471,461 yellow school buses are active daily in America, and about 25 million elementary and middle school students ride to and from school daily.

According to the attorney representing A.R. and her family, the child suffered post traumatic stress disorder and severe nerve damage that has required several surgeries.

At the time of the incident in 2015, WAVE reported the girl, who attended Wilkerson Elementary School in Kentucky, was admitted to Kosair Children’s Hospital for treatment of road rash. Surveillance footage from a neighboring home caught the incident and spurred an internal investigation, which eventually resulted in Sanders’ firing.

“I just couldn’t believe he drug [sic] her from the corner down to here without knowing,” neighbor Tom Carman told the outlet at the time. “I couldn’t believe it—bouncing all the way down the street. It was bad.”

Referring to the moment children get on and off the bus as “the moment of truth,” Sanders expressed her regrets in court. “It means a lot to me, and I wish…that I had followed that, that day. I can’t take that day back,” she said, according to WPSD.

Newsweek reached out to a representative for the Jefferson County Public School for additional comment on the situation, but did not immediately hear back in time for publication. Newsweek was also not immediately able to contact Sanders or the family of the injured child.

A.R. is not the first student to have been injured by her bus. In April, a teenage girl in China was also dragged down the street by her feet after getting caught in the doors while trying to exit a public city bus. In 2019, a 12-year-old boy in North Carolina was reportedly run over by his school bus after his bag also became trapped in the double doors.