Liverpool quadruple bid: How the Reds are closer than any other English club to historic haul

Home /Sports/Liverpool quadruple bid: How the Reds are closer than any other English club to historic haul 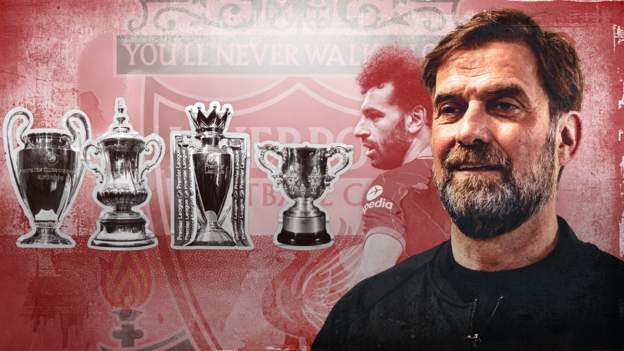 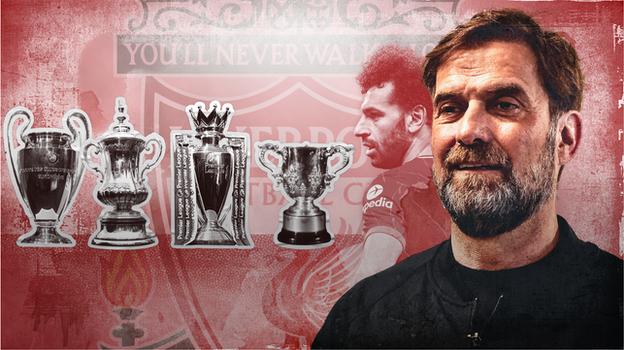 Whether you love Liverpool or loathe them, or somewhere in between, we are all wondering the same thing now … will they win one, two, three or all four trophies this season?

With less than a month left, an unprecedented quadruple no longer seems an impossible dream. In fact, even with only the Carabao Cup secured so far, the Reds can already claim they are closer to it than any English side has managed before.

Many have tried too. Since it first became achievable in 1960, there have been 120 other attempts by 15 clubs to become champions of England, conquer Europe and win the FA Cup and League Cup in the same campaign.

We have seen three different trebles from those teams, 17 more did a double of some kind – like the one Manchester City are still chasing this season – and 36 occasions where a side lifted one of the required trophies, a list Chelsea will join if they win the FA Cup.

But Liverpool are the first English club to reach the final of the European Cup/Champions League, FA Cup and League Cup in the same season and, date-wise, no side has got this far into the season with their hopes still alive of an amazing clean sweep.

*Liverpool’s bid will last at least this long. Their attempt will be alive until at least 11 May, when Manchester City play Wolves, even if the Reds lose their next two league games.

You may think there is a glaring omission in the table above. Manchester United’s 1998-99 Treble of Premier League, Champions League and FA Cup was historic in its own right, and is rightly seen as the greatest trophy haul by an English team of any era.

But Sir Alex Ferguson’s side did not even get within six months of a quadruple because they went out of the League Cup to Tottenham in the quarter-finals on 2 December 1998.

That meant no-one was talking about an Old Trafford clean sweep by Christmas that year, let alone trumpeting about it the following spring. Although, like Manchester City in 2019 and Liverpool in 1984, United still had plenty to celebrate then.

Rather than their more famous Treble winners, the United team that came closest to all four trophies was their 2009 side, which won the Premier League and League Cup.

They made it to within three wins of a quadruple but lost to Everton in the FA Cup last four and Barcelona in the Champions League final – and had to settle for ‘only’ two in the end.

At the moment, Liverpool have just the one trophy in the bag.

This is the Reds’ 24th attempt at a quadruple in the 47 seasons it has been possible since the League Cup was established in 1960-61 – the joint-most with United, who were denied an attempt in 1999-2000 when they did not take part in the FA Cup.

While Liverpool won one of the required trophies in seven of those seasons, did a double of some kind in four more and managed one treble of the league title, European Cup and League Cup in 1984, until this campaign they had never even reached March still in with a chance of all four.

The club’s other recognised treble, of 2000-01, is a notable achievement too, but does not count as a quadruple attempt because they were not in the Champions League that season. Liverpool won the Uefa Cup, FA Cup and League Cup, while finishing third in the league.

As remarkable as the Reds’ season has been up to this point, it is the amount of silverware they eventually collect that will decide how it will be remembered. Not how long they had a chance of winning everything or how many games away from glory they ended up.

Just ask Chelsea about that.

Until this week, Jose Mourinho’s 2007 side had stayed in contention for the quadruple longer than any other English club.

That was only 15 years ago, but it has already been largely forgotten – and was even overlooked by many while it was happening. It is a timely warning of how quickly Liverpool’s quest could unravel from here.

The ‘forgotten’ quadruple bid – when Chelsea’s dreams were dashed

Excitement is building at Anfield and far beyond with every victory by Jurgen Klopp’s side, who were told last week they would become ‘immortal’ if they can achieve the feat.

Yet there was no fanfare for Chelsea in 2007, when they became the first English side to make it into May with the League Cup in the bag and still chasing glory on the three other fronts.

Chelsea’s situation then was actually extremely similar to Klopp’s task now. With four league games to go, the Blues were three points behind Premier League leaders Manchester United, not one. But, like Liverpool now, they were already safely into the FA Cup final and had just won the first leg of their Champions League semi-final too.

The backdrop to their bid was very different, however. Newspaper reports about Chelsea at that time did, occasionally, mention their quadruple chances. But instead of celebrating Mourinho’s achievements and wondering how much his team could win, the media was mostly speculating about whether he would keep his job beyond the end of the campaign.

Rather than being asked repeatedly about a clean sweep – which, by the way, Mourinho thought was possible right until the end – a rumoured fall-out with then-owner Roman Abramovich meant he was being continually questioned about his own future.

Slightly different then to Klopp signing a new Anfield contract last week – and the unrest behind the scenes clearly didn’t help Mourinho.

His side’s title challenge foundered in the next set of fixtures. Eventual champions United recovered from being 2-0 down with 30 minutes left to beat Everton 4-2 and opened up a five-point lead with three games to play – after Chelsea could only draw 2-2 with Bolton on the same day.

Their quadruple bid was gone for good a couple of days later when Liverpool hit back in the second leg of their Champions League semi-final and ended up progressing on penalties after a 1-1 aggregate draw.

What could happen this season?

Mourinho did have the sizeable consolation of winning the FA Cup a couple of weeks later to complete a domestic cup double in 2007, but those stories that he was on the brink proved correct as he made his first exit from Stamford Bridge that September.

At least he went out with a bang.

Multiple successes in that manner were relatively rare in English football until the expansion of the Champions League in the late 1990s offered more opportunities for a quadruple – and 12 of the past 20 seasons have seen one team win at least two of the required trophies.

This time, however, the silverware could still be shared around. Of the four English teams who had a quadruple chance at the beginning of the campaign, only Manchester United can be sure the keys to their trophy cabinet will not be needed this month.

Their quadruple chances are long since over, but it is not inconceivable Manchester City and Chelsea could still end up with more to show for their season than Liverpool.

City are not just trying to deny Klopp a clean sweep, they are chasing their own double of the Champions League and English League title – a feat managed only twice before, by Liverpool in 1977 and United in 2008.

Likewise, Chelsea are looking to beat the Reds and lift the FA Cup when they meet at Wembley on 14 May.

Who has tried before? When Burnley went close

Before the Premier League and Champions League era began in 1992, Burnley went closest to a quadruple, in 1960-61 – the first season four trophies were up for grabs in England – when they made it as far as 15 March before losing to Hamburg in the quarter-finals of the European Cup.

Back then, quadruple opportunities were far more limited – the European Cup was restricted to just the league champions or holders and, for eight out of 10 seasons between 1961 and 1971, the clubs who qualified did not enter the League Cup.

There was no chance of completing it between 1985 and 1991 either, as English clubs were barred from Europe for five years, and league champions Liverpool served an extra year’s suspension in 1990-91.

Since then, some great teams of the modern era have had a go at winning all four trophies – and United’s Treble winners are not the only ones who have fallen short.

City’s ‘Centurions’ – the Pep Guardiola side that broke the 100-point mark and set an all-time English top-flight record for most points in a single campaign in 2017-18 – had their bid ended by Wigan Athletic, of League One, in the FA Cup fifth round on 19 February.

Arsenal’s legendary ‘Invincibles’ went the entire league campaign undefeated in 2003-04, but that was the only silverware they secured that season and their quadruple hopes were ended on 3 February by Middlesbrough, who beat them 3-1 on aggregate in the League Cup semi-finals.

Now it is Liverpool’s turn. ‘Immortals’ or mere mortals? We are about to find out…