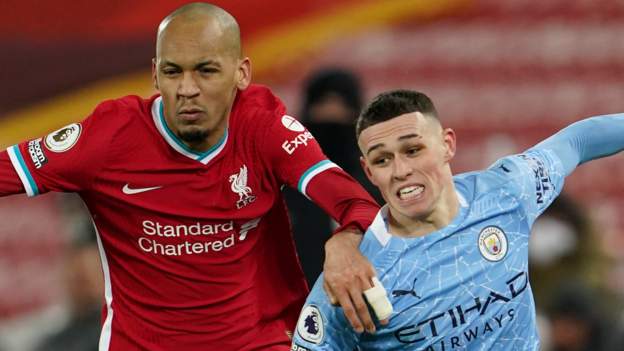 Liverpool play Manchester City on Sunday in the Premier League as two of England’s top sides go head to head.

But who has the better players?

We asked BBC Sport readers to select their best combined XI and seven Liverpool players made the cut with over 90% of voters opting for a 4-3-3 formation.

Liverpool goalkeeper Alisson had more than twice as many votes as Manchester City rival and Brazilian compatriot Ederson.

Centre-back Virgil van Dijk was the most picked player in the line-up but Reds skipper Jordan Henderson missed out, with young Manchester City midfielder Phil Foden just nudging ahead.

Ruben Dias was the only Manchester City defender selected despite Pep Guardiola’s side conceding just one goal in the Premier League this season compared to Liverpool’s four.

You can still have a go at selecting your own XI below.