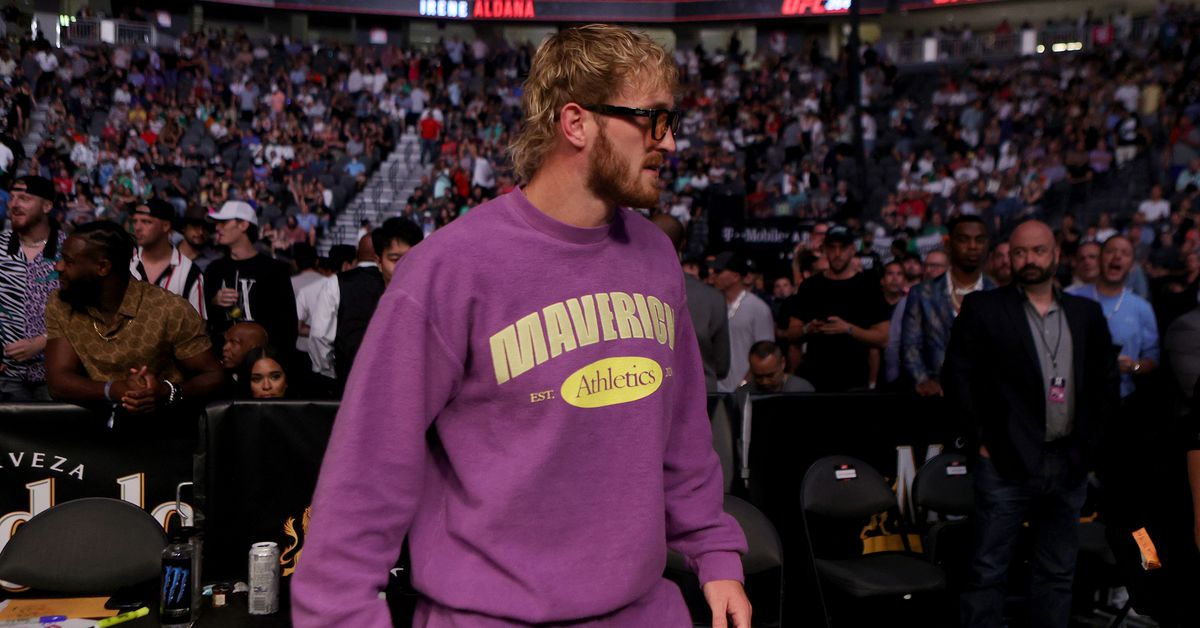 Although Dana White is unlikely to get any greeting cards from Jake Paul anytime soon, the relationship between the UFC president and Logan Paul is more positive.

Both Paul brothers were in attendance for the UFC’s most recent pay-per-view offering earlier this month, which was capped off by Dustin Poirier’s doctor’s stoppage TKO win over Conor McGregor.

On the elder Paul brother’s podcast IMPAULSIVE, he revealed that he received a phone call from White prior to the fight card at the T-Mobile Arena — which had no shortage of celebrities in the building — where he received a bit of an upgrade with his seats.

“So I answer and I’m not sure what to expect because Jake’s pissed him off. Him and Jake have an ongoing feud. I’ve also come out publicly and said I love Dana White. I just love Dana White — I always have, I always will. He’s a ruthless business man, he’s the head honcho, and I’ve got no beef with him. But I’m not sure how he feels about me because, by default, my relationship with my brother will always take precedence, but if I can be cool with someone I will.

“He calls me and goes, ‘Hey man, is this Logan?’ I’m like, ‘Yeah, what’s up Dana?’ He’s like, ‘You got two tickets, right? I got better seats for you in what’s called billionaire’s row,’ and he says, ‘You’ll have a much better experience.’ I’m like flabbergasted and honored because Dana White is accommodating me, this is fantastic. And I’m like, ‘Sure, thanks Dana,’ and I hung up and Jake was like, ‘That was weird.’”

Paul just came off of a very successful exhibition boxing match against Floyd Mayweather where it went the distance, while also reportedly generating over 1 million PPV buys in the process.

Jake Paul will return to the boxing ring on Aug. 29 when he faces Tyron Woodley in a main event bout in Cleveland.