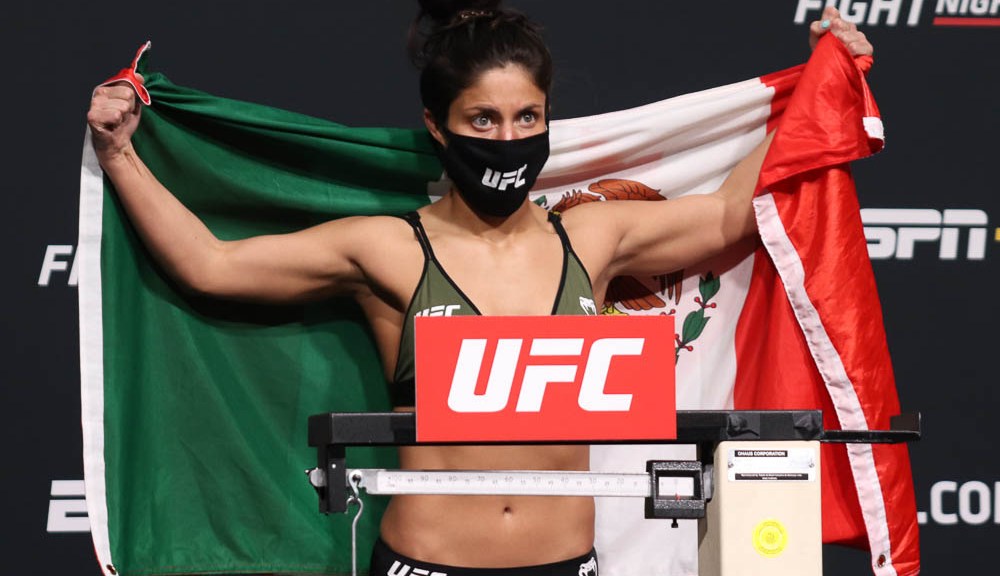 Loopy Godinez returns this weekend after having just fought on Saturday.

The UFC strawweight has replaced Sijara Eubanks, who’s out due to COVID-19 protocols, and is set to take on Luana Carolina at UFC Fight Night 195 on Saturday night in Las Vegas. Godinez usually competes at 115 pounds, she will be moving up a division for this short-notice bout.

The news was confirmed by MMA Junkie following a report by ESPN Deportes on Tuesday night.

Godinez (6-1 MMA, 1-1 UFC) picked up her first UFC win this past Saturday, submitting Argentina’s Silvana Gomez Juarez in the first round of their contest. The Mexican fighter had made her UFC debut in her previous fight, coming up short in a split decision to veteran Jessica Penne.

Godinez will make history as the first fighter to compete twice in the span of seven days, a record in modern UFC, non-tournament fights. The previous fastest turnaround was 10 days, when Khamzat Chimaev competed against John Phillips and Rhys McKee in July 2020.

Meanwhile, Carolina, a former bantamweight, will look to secure her second victory of the calendar year. She defeated Poliana Botelho via split decision in May.