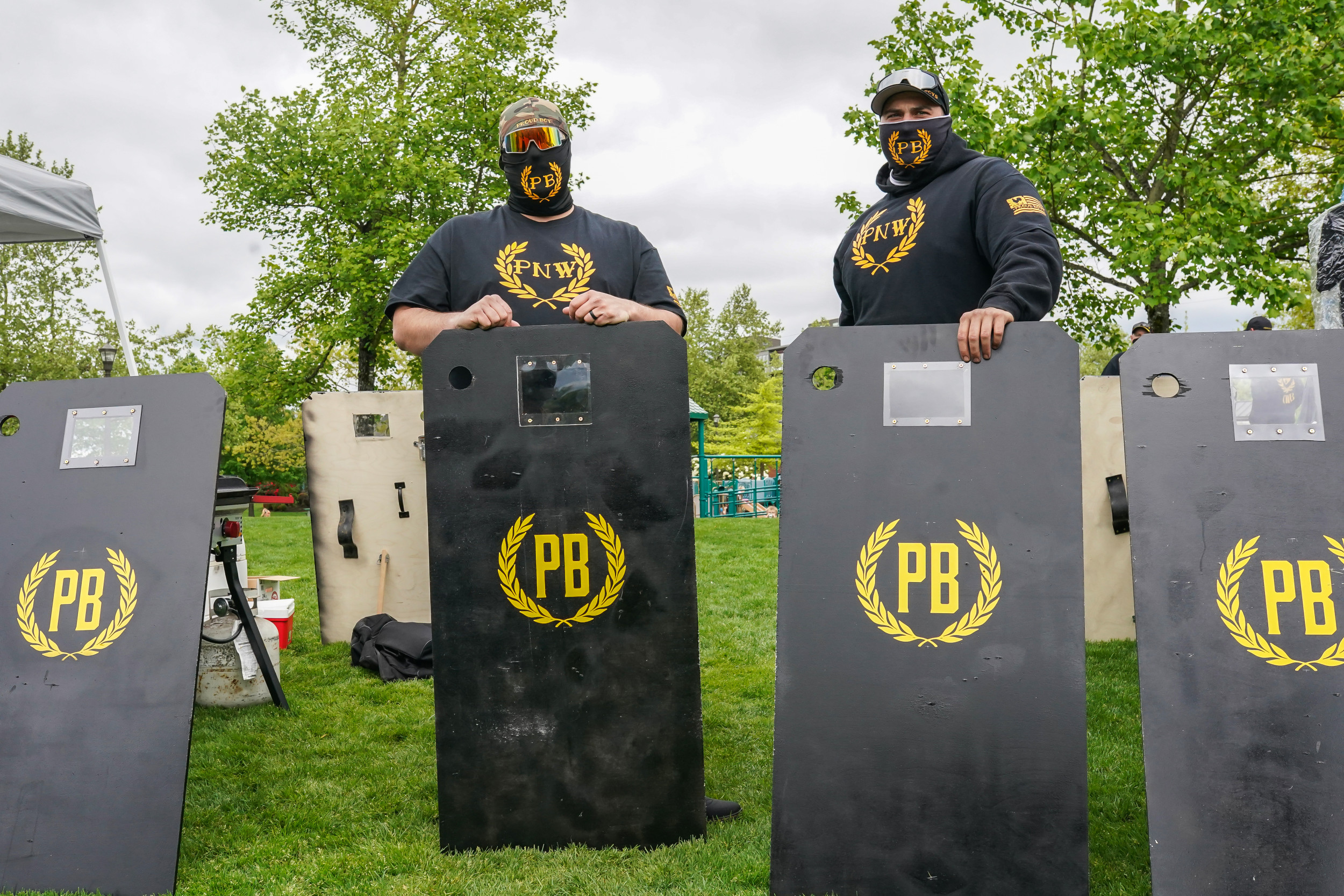 Los Angeles police on Saturday declared an unlawful assembly after a protest of a local area spa over its acceptance of transgender customers turned violent.

Police ordered the area around the business, Wi Spa, to be cleared and said that anyone remaining would be arrested.

Alleged members of the far-right Proud Boys extremist group were said to have arrived at the scene prior to the violence escalating, according to witnesses. Photos and videos posted in a Twitter thread by the account Left Coast Right Watch show armed officers clashing with protesters, including the use of batons and, allegedly, riot munitions. Police can also be seen attempting to form a defensive perimeter.

Later, in another tweet from Left Coast Right Watch, an alleged Proud Boys member can be seen apparently pepper-spraying an unarmed woman attempting to ask them questions.

One Twitter user, going by the handle Kwertzy Industries, posted a screenshot of an emergency alert sent to their phone regarding the incident.

“This morning, LAPD was in the area of Wilshire and Rampart,” Detective Meghan Aguilar of the LAPD told Newsweek in a statement. “We were there to facilitate areas for two different protest groups. Around 11:10 [a.m.], there were clashes between the groups, and smoke bombs and projectiles were thrown at police officers. That prompted there to be an unlawful assembly declared. Everyone in the vicinity was told to leave the area. Most people did follow the instructions, although there were several dozen who ultimately ended up being arrested.”

Precise arrest numbers are unavailable at this time. Pending the discovery of other criminal warrants or activities, most are expected to be charged only with failure to disperse.

Wi Spa drew the ire of far-right elements after a video of a woman’s encounter with the staff went viral on social media. In the clip, which had been viewed over 131,000 times on Instagram as of July 4, the woman complains about the presence of a transgender woman in the women’s changing area and makes several transphobic comments.

Wi Spa, for its part, stood behind its policies for transgender clients.

“Like many other metropolitan areas, Los Angeles contains a transgender population, some of whom enjoy visiting a spa,” the company said in a statement to The Los Angeles Times. “Wi Spa strives to meet the needs of all its customers.”

This incident began to draw right-wing protests to the spa, including numerous individuals and groups associated with the QAnon conspiracy theory. During a July 3 protest, individuals were seen wearing shirts and carrying signs expressing common QAnon talking points, beliefs, and slogans. Others wore shirts wrongly conflating transgenderism with pedophilia, a common transphobic tactic.

This article has been updated with a comment from the LAPD.