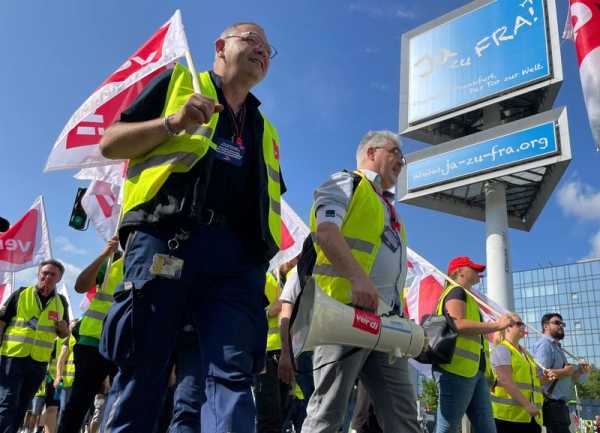 FRANKFURT (Reuters) – Ground staff of Germany’s Lufthansa and management have reached a pay deal after a third round of negotiations, the Verdi labour union and the carrier said on Thursday.

The pay dispute resulted in a strike last week, prompting the cancellation of more than 1,000 flights and adding to travel disruptions during the busy summer travel season.

Lufthansa still faces uncertainty over possible walkouts by its workers. The carrier is due to hold talks next with pilots, who have already voted in favour of strikes.

The pay deal announced Wednesday affects 20,000 employees, granting them raises in three steps. A 200 euro a monthly increase this year will be followed by two 2.5% increases next year.

Earlier Thursday, Lufthansa said it expected demand for short-haul flights in Europe to drive growth at its passenger airlines this year, forecasting a return to group operating profit for the full year.