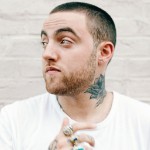 In court documents obtained by Billboard on Tuesday (Oct. 26), Stephen Walter, the man responsible for supplying Mac Miller’s drug dealer with counterfeit oxycodone pills that killed the rapper in 2018, has pleaded guilty to one count of distribution of fentanyl. According to prosecutors, Walter, 48, faces up to 20 years in prison.

Two other men, Cameron James Pettit and Ryan Michael Reavis were charged in connection to the death of Miller and pleaded not guilty. The trial begins March 1, 2022.