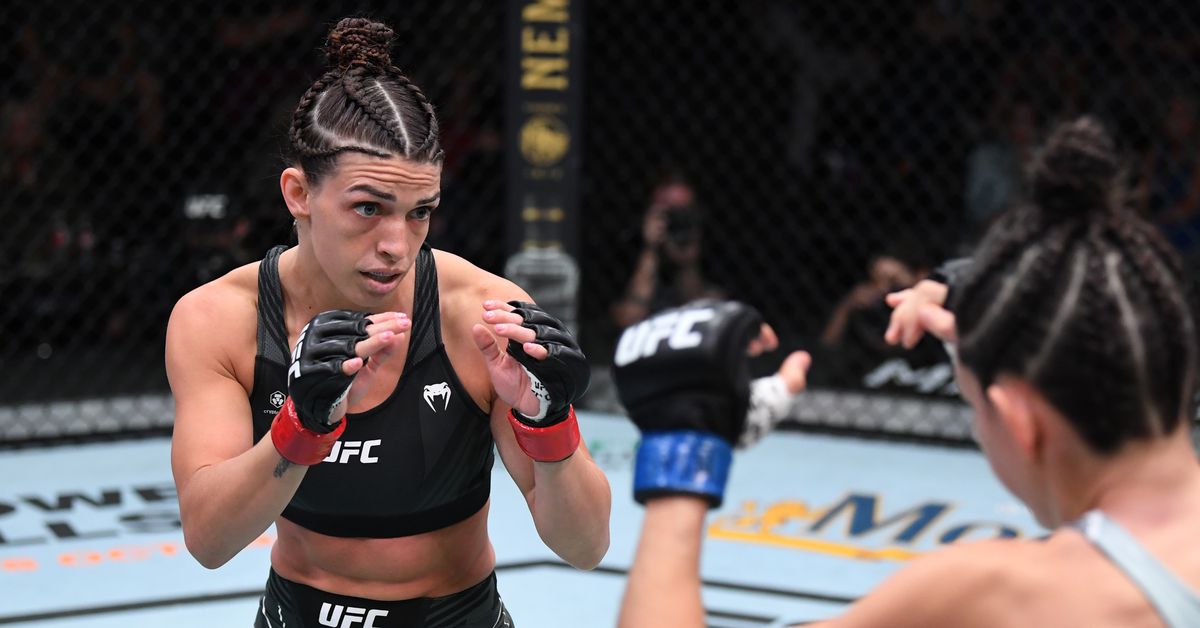 A key women’s strawweight bout between decorated jiu-jitsu world champion Mackenzie Dern and longtime contender Tecia Torres is scheduled for UFC 273. Torres announced the matchup on social media on Wednesday. Latest UFC rankings have Dern at #5 and Torres at #7.

Dern (11-2) is coming off a five-round unanimous decision loss to Marina Rodriguez at UFC Vegas 39, although she did pick up Fight of the Night honors in the process. The loss snapped a four-fight winning streak that included submissions of Hannah Cifers, Randa Markos, and Nina Nunes.

Torres (13-5) has won three in a row, which is a hell of a turnaround from her previous four-fight losing skid. ‘The Tiny Tornado’ returned to her winning ways with a decision over Brianna Van Buren in June 2020, followed that up with a doctor stoppage TKO of Sam Hughes later that December, then most recently bested Angela Hill at UFC 265 in August.

UFC 273, which doesn’t yet have a finalized location, takes place on April 9th and is expected to feature Alexander Volkanovski defending his featherweight title against Chan Sung Jung aka ‘The Korean Zombie’ in the main event. Aljamain Sterling’s bantamweight title rematch vs. Petr Yan is reportedly going to be the co-main event.