NEW YORK — Police investigators are seeking suspects in a homicide weeks after a 45-year-old man was beaten by about 30 people on ATVs and dirt bikes on East 125th Street in East Harlem, police said Wednesday.

The man, whom police identified as Arthur Cooke, was driving east around 10 p.m. Nov. 4 when someone in the group struck the passenger-side mirror on his vehicle, the Police Department said. When he got out to inspect the damage, riders began beating him. One of the people brandished a firearm at Cooke during the assault, police said.

Cooke was taken to NYC Health & Hospitals/Harlem, where he was pronounced dead Nov. 18 from blunt force trauma to his neck and spine, according to the department.

Police said another man, who they didn’t believe was with the riders, drove Cooke’s vehicle away from the scene.

Dirt bikes and ATVs are illegal in the city, but the city has been grappling for years with the vehicles. Avenues and streets throughout Manhattan are periodically taken over by swarms of riders popping wheelies, performing stunts and videotaping themselves amid a deafening roar.

The takeovers sometime devolve into violence. In March, a group of dirt bikers dragged a man and his adult son out of their car in Harlem and beat them after the driver accidentally hit one of the bikers.

And in 2013, after a chase ended in the beating of an SUV driver, residents in communities in Harlem, the Bronx, Washington Heights and Inwood began voicing frustrations that the city was ignoring the dangers posed by groups driving the illegal vehicles.

Last year, after several episodes of violence from such groups, the city began cracking down, and a lawmaker proposed legislation to increase fines for those operating the vehicles.

In June, Mayor Eric Adams and Police Commissioner Keechant Sewell announced that the city was ramping up the fight to remove the vehicles from the streets. The Police Department had confiscated more than 2,000 ATVs and dirt bikes citywide, Sewell said, about 80% more than during the same time in 2021.

“They are not only a nuisance and an annoyance to us, but they’re extremely dangerous,” Adams said at the time.

The city is towing any illegal vehicles that officers find parked and stopping any that they see, according to the Police Department. So far this year, over 30,000 moving violations have been issued; 3,000 motorcycles, including dirt bikes and ATVs, have been towed; and over 9,000 dirt bikes and ATVs have been seized.

“The individuals who ride these vehicles illegally have no regard for traffic laws or public safety,” Adams said in a statement Wednesday. “We will continue to target and crush these unauthorized and dangerous vehicles that do nothing more than terrorize our neighborhoods.”

Cooke, the victim of the most recent violence, lived in Harlem and had worked as a case manager and court advocate in the Alternatives to Incarceration program at Exodus Transitional Communities Inc. since July 2021. He had a son, according to the group.

In the organization’s annual report last year, Cooke, who had spent time in prison, said he wanted to be “a part of the solution as opposed to a part of the problem.”

He was employed by Exodus after meeting with staff members to find help reentering the workforce. Julio Medina, the organization’s founder and executive director, said in a statement Wednesday that Cooke’s death had left its community “devastated.”

“We watched as his mindset shifted from one of hopelessness since serving his sentence to one of hope and aspirations, and he was always helping his participants do the same,” Medina said.

On Wednesday afternoon, in front of Cooke’s apartment, neighbors recalled a man they called respectful and polite.

“He was a light stepper, gentle giant,” said Sheryl Burnell. “Nothing about his behavior ever exhibited, you know, like aggressive, overly aggressive or whatever that you would think would spark or start that type of altercation.”

As street vendors set up their businesses along a bustling 125th Street in East Harlem and shoppers hunted for deals, a couple of electric bikes zipped through the streets.

Tony Wilson, 61, said that he saw dirt bikes and ATVs riding back-and-forth on 125th Street often, “like they don’t have nowhere to go.”

“It’s just showing off, popping wheelies and that’s it,” Wilson said. “Eric Adams needs to hurry up and get all those bikes,” he added.

Fatouma Koné, 25, who has lived in Harlem her whole life, echoed Wilson, saying riders are mainly trying to make a splash on social media and build their reputations.

“They’ve gotten braver,” she said. “Like they don’t care about the cops being on-site.”

This article originally appeared in The New York Times.

Sign up to receive the latest headlines in your inbox, every night. 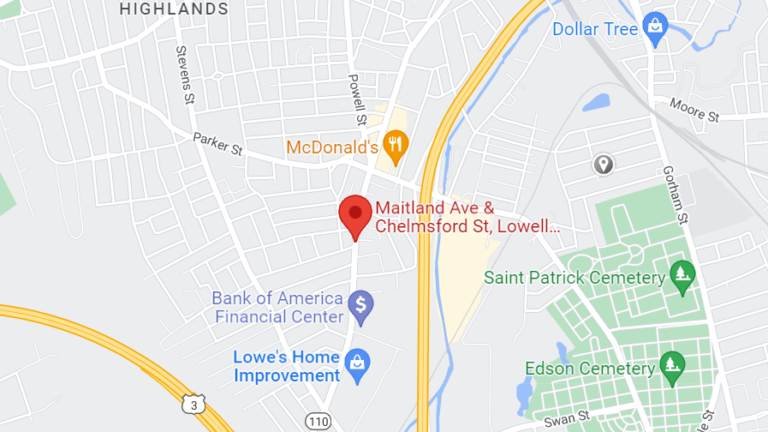