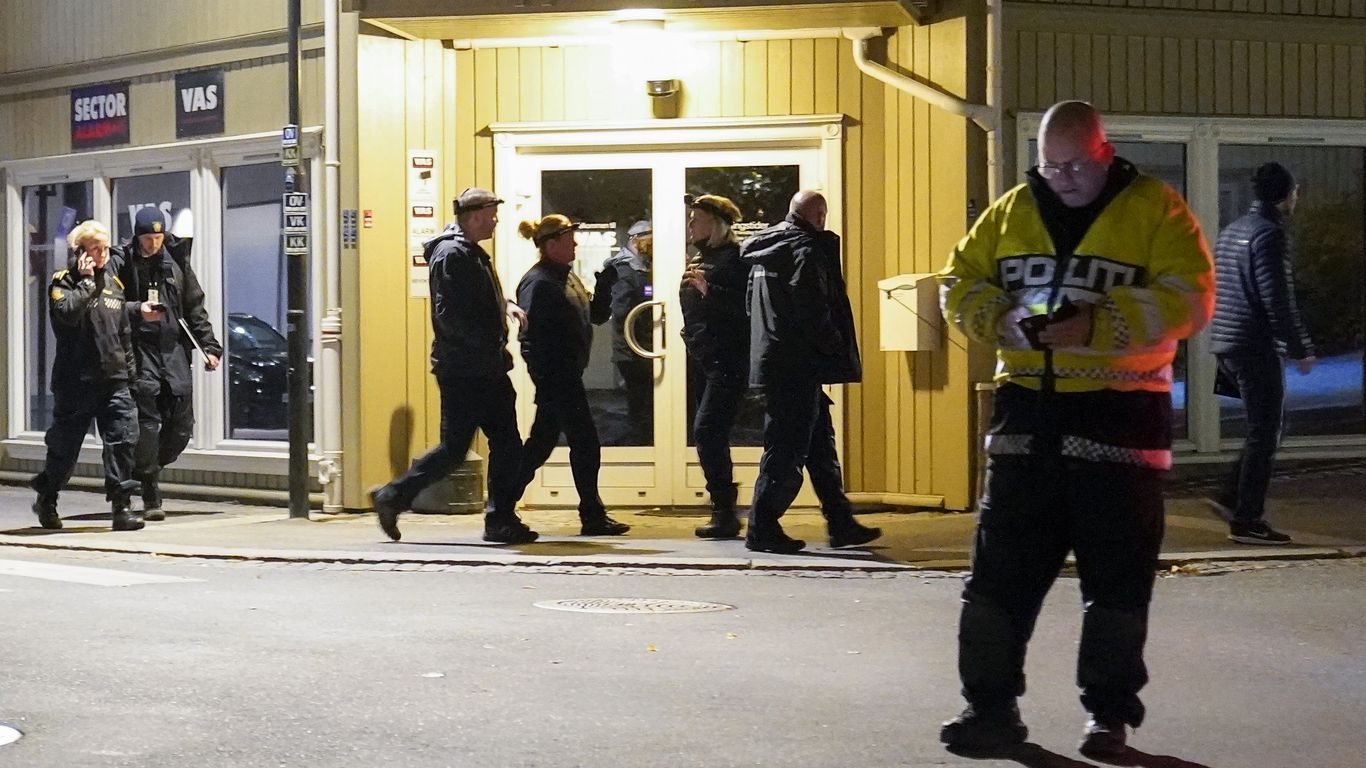 Police have arrested a 37-year-old Danish citizen after a man killed five people and injured two others with a bow and arrow in the Norwegian town of Kongsberg on Wednesday.

Why it matters: The attack, southwest of the capital of Oslo, is the deadliest in Norway since 2011, when a far-right extremist went on a shooting rampage and killed 77 people.

The big picture: The suspect, who lives in Kongsberg, was taken into custody and charged soon after the attack and transported to the nearby town of Drammen, according to a police statement. Police did not immediately disclose what he’s been charged with.

Of note: Police were temporarily ordered to carry firearms in the wake of the attack, breaking with the norm as Norwegian police are typically unarmed, the New York Times noted.

Editor’s note: This article has been updated