Manchin’s Energy Permitting Bill Is a Failure of Democracy 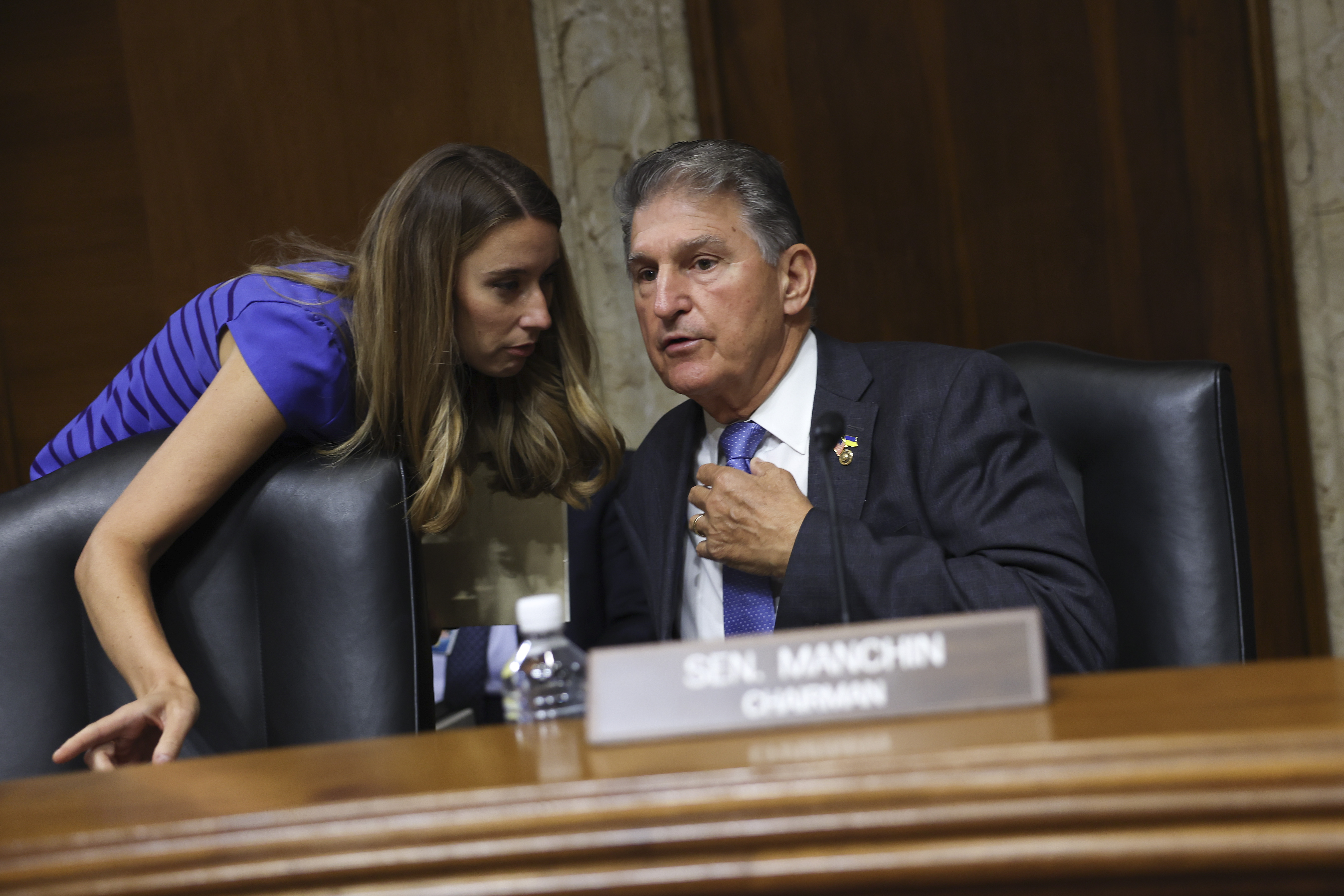 On Wednesday, Senator Joe Manchin released the Energy Independence and Security Act, the long-awaited permitting reform bill that Senate Majority Leader Chuck Schumer pledged to build into a continuing resolution that will keep the government funded after the end of the month. The bill would expedite the process to approve both conventional and renewable energy projects by streamlining environmental reviews. It would also give more power to federal authorities to speed along priority projects, including transmission lines (good, from a climate standpoint) and fossil fuel pipelines (bad).

Permitting reform has ignited what might charitably be called a spirited debate between so-called “supply-side progressives,” who believe this permitting reform package is crucial for bringing clean energy installations online much faster, and the rest of the climate movement. Longtime climate activists are understandably wary of any kind of expedited environmental review eating into hard-won protections, and are worried about permitting reform disproportionately benefiting fossil fuels.

Who’s right? That’s easier asked than answered. Put simply, while there’s an important conversation to be had about how to balance local opposition and environmental justice with the desperate need for land to build clean energy infrastructure, this particular fight is among the worst possible places to have it.

Consider why this conversation is happening at all: Joe Manchin, a senator elected by fewer than 300,000 people, spent much of the last two years inflicting his idiosyncratic, fossil fuel–funded set of priorities on the rest of the country. While far from alone, he played an absurdly outsize role winnowing down what might have been a $6 trillion package reviving the country’s social safety net and funding climate policy down to a $370 billion collection of mostly decent tax credits.

In exchange for Manchin’s vote on that modest package, Schumer promised that he would do everything in his power to fast-track Manchin’s pet-project—the Mountain Valley Pipeline—as part of something called permitting reform. Permitting reform has been a longtime goal of the fossil fuel industry, which has seen its favorite projects stymied by a series of pesky laws like the National Environmental Policy Act. As negotiations between Senate Democrats proceeded, this permitting reform package—negotiated principally between Manchin and Schumer, as well as Senators Brian Schatz and Tom Carper—came to include changes to how to build transmission lines, infrastructure broadly seen as critical to decarbonization.

Most people currently debating permitting reform on the left agree that it’s important to build things to reduce greenhouse gas emissions and that there should probably be some changes to the process to do that so that these can be built more quickly. Overall, the United States should boost transmission capacity by about 60 percent in the next decade to stay on track for net-zero emissions by 2050, according to the National Academies of Sciences, Engineering and Medicine. Where people disagree is on exactly what changes are needed, whether the text Manchin released aligns with that goal, and whether adding this particular text to the continuing resolution that needs to pass in one week is the right way to make those changes.

The idea that Manchin’s bill is a net positive for the climate seems, at the very least, debatable. Democrats praising the bill have yet to explain, for example, why the bill makes changes long favored by the Trump administration to the Clean Water Act. These changes include slimming down a provision that was used to stop a pipeline in New York and a fossil fuel export terminal in Washington. Manchin’s bill would also prevent communities from submitting Clean Water Act challenges to new projects unless those challenges are strictly about water, preventing those brought on broader climate or environmental grounds. It would also shorten the timeline on which such challenges could be submitted.

The Mountain Valley Pipeline alone is projected create 26 coal plants’ worth of emissions. Furthermore, the way the bill proposes to get the MVP approved sets a dangerous precedent: The text released by Manchin’s office this week prevents court challenges to the ways that his bill would accelerate the pipeline, and transfers all challenges to the project to the D.C. Circuit Court. As E&E News reported, the language of the bill could upend the way courts deal with challenges to energy infrastructure more broadly.

The bill also creates a rolling list of national priority projects eligible for an expedited federal review, five of which—in the first seven years after the bill is passed—need to be fossil fuels or biofuels at any given time. And it limits the amount of time available under the National Environmental Policy Act for fighting new projects in general. NEPA has previously been used successfully to battle the Formosa Plastics plant in St. James, Louisiana, and the Atlantic Coast Pipeline, both of which were set to disproportionately affect Black communities. These proposed NEPA changes mirror ones previously backed by the Trump administration.

Whatever version of permitting reform passes, it will need 60 votes. At least 10 of them will need to come from Republicans. It takes a certain level of willful ignorance to believe that Republican senators receiving regular donations from the fossil fuel industry could be tricked into voting for a piece of legislation that will substantially cut greenhouse gas emissions and benefit renewables rather than oil and gas. Whatever version of permitting reform can get a filibuster-proof majority in the current Congress will (at minimum) contain a lot of bad stuff from a climate and environmental justice perspective that’s also good for the fossil fuel industry. For now, though, it doesn’t look like Manchin has the votes: Republicans are mad that he voted for the Inflation Reduction Act and would prefer for this new bill to have more fossil fuel giveaways.

Behind the current discussion of the bill’s merits lies a more troubling narrative about democracy. Two guys negotiated a deal behind closed doors. Both of them have accepted generous donations from the charismatic megaproject at its center, the Mountain Valley Pipeline. The details of that deal were worked out primarily by four guys, who released details about a sweeping overhaul of environmental regulations only a week before they intend to pass them into law. This sweeping overhaul of environmental regulations will probably fail, at least for now, because one of the country’s two major parties does not think the other should be allowed to govern. Climate advocates do need to conduct a healthy debate around permitting reform. This is a deeply depressing stage on which to hold it.