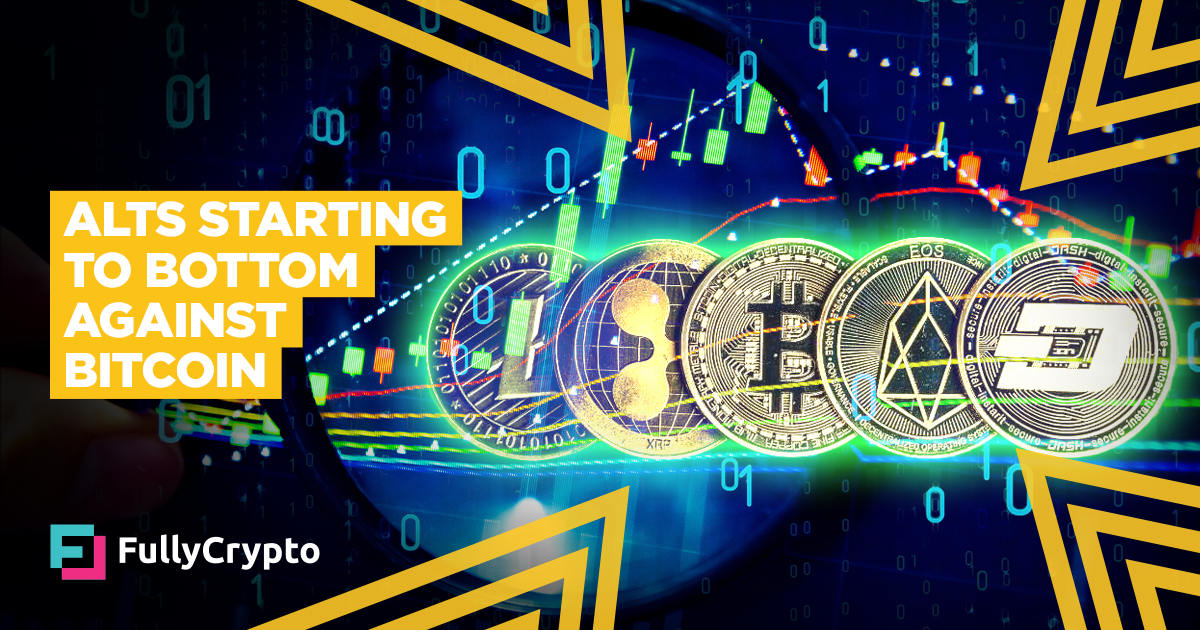 Everyone dreams of that 10x or 100x in alt season, but more often these are a result of luck over judgement. However, with many alts looking bottomed out against their Bitcoin pairings it is time to start casting your eye over the exchanges to find alts that are bottomed out but have previously pumped. In this piece we let you know what to look for.

YFI Has Given Up All BTC Gains

We can look across most major exchanges to find examples of alts that are bottoming out on their Bitcoin pairings, given Bitcoin’s recent run to $67,000. It seems a long time ago since YFI was tearing up the charts and making itself the most expensive cryptocurrency on the market, and indeed it was over a year since the yield farming craze was all over crypto Twitter.

Since then, YFI has been on a steady decline compared to Bitcoin and has now hit a point of interest after a full retracement:

YFI has bounced from this level every single time it has reached it, making this a great accumulation period for those who think it could regain former glories in alt season.

Looking at the smaller cap coins we can see a few coins on KuCoin that are in the same position. One of these is SNTVT which has seen two massive post-8000 sat spikes before retracing, which is exactly where it finds itself now:

The fact that both coins have shown evidence of being able to pump nicely in alt season suggests that a repeat is likely. This isn’t something we can say for all alts in the same situation however:

As we can see with DASH, the 2018 alt season was the last time it had anything like a decent pump – the 2021 alt season almost seemed to pass it by entirely. So even though it is in the area of interest, history tells us that there isn’t as good a chance of a decent pump as with other coins.

One thing it is worth mentioning here is the risk of further lows. Just because these coins are at levels at which they have previously bottomed out, with Bitcoin in menacing mood there is nothing to say that they won’t fall through these support levels and hit new lows. Charts are only illustrative of past behaviour – they can’t predict the future.

All we can learn about these alts and the others that resemble them is that historically they have bounced from such areas, which is an indication that you should be monitoring them for upward momentum, as well as keeping an eye on BTC, especially when it is looking strong.