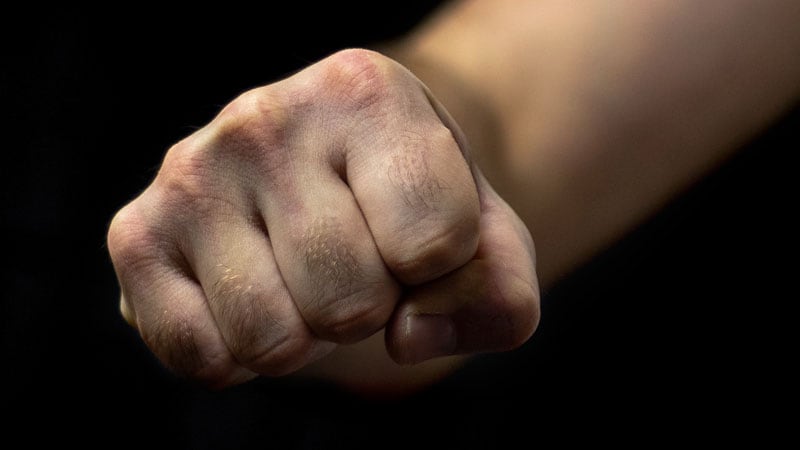 Scientists who speak about COVID-19 to the media or comment about the pandemic on social media often meet with harassment and abuse, according to a survey published in Nature.

The survey of 321 scientists, largely from the United States, the United Kingdom, and Germany, found that 22% were threatened with physical or sexual violence and that 15% received death threats.

More than one quarter of scientists surveyed said they “always” or “usually” received comments from trolls or were personally attacked after speaking out about COVID-19. More than 40% suffered emotional or psychological distress as a result.

Some scientists said the experience of being trolled online or receiving personal attacks had a chilling effect on their willingness to speak to the media in the future.

Even scientists who had a high profile before the COVID-19 pandemic said in the Nature article that the abuse was a “new and unwelcome phenomenon tied to the pandemic.”

Some scientists reported anonymously that they were hesitant to speak about some topics after witnessing the abuse received by others.

An editorial in Nature calls the results of the survey “shocking” and says institutions at all levels must do more to “protect and defend scientists, and to condemn intimidation.

“Intimidation is unacceptable on any scale, and the findings should be of concern to all those who care about scientists’ well-being. Such behavior also risks discouraging researchers from contributing to public discussion — which would be a huge loss, given their expertise, during the pandemic,” the editorial states.

“Scientists and health officials should expect their research to be questioned and challenged, and should welcome critical feedback that is given in good faith. But threats of violence and extreme online abuse do nothing to encourage debate — and risk undermining science communication at a time when it has never mattered more,” the editorial concludes.

A number of scientists weighed in on the survey in a statement from the UK nonprofit organization, Science Media Center.

“Undoubtedly there is a danger that scientists who have themselves been, or had colleagues who have been attacked in ways that disturb one’s equilibrium, may decide to disengage from the media. This will be sad and result in overall harm,” warned Stephen Evans, MSc, with the London School of Hygiene and Tropical Medicine.

Simon Clarke, PhD, with the University of Reading, who responded to the Nature survey, said he is “glad to see so many fellow scientists took the time to reflect on their experiences.”

Clarke said he is “shocked and saddened to hear that so many fellow scientists have experienced death threats or threats of physical or sexual violence, simply for doing their job trying to communicate the scientific facts that are so important for society in understanding and responding to this global health emergency.”

Clarke said he too has had some “bad experiences after appearing in the media, particularly after calling out conspiracy theorists and some politicians, who seem to dislike having their pet theories debunked. I have on occasion been threatened with various forms of death, violence and lifelong imprisonment. I am fortunate to have felt able to ignore the threats I’ve received, but I know that some colleagues have had far worse experiences.”

Michael Head, PhD, with the University of Southampton, said there’s been “a huge amount of abuse aimed at everyone contributing to the pandemic response. This has included NHS frontline staff, and also scientists and academics providing thoughts and explanatory comments to the public.

“I myself have received plenty of abuse throughout the pandemic. For those of us who have been pulling apart anti-vaccine misinformation from pre-pandemic times, the presence of these attempts at intimidation is very wearying, but not surprising,” said Head.

“As a white, male academic, I would imagine I’m far less likely to receive abuse than a scientist making similar points but from a different demographic,” he said.

Susan Michie, FMedSci, with the University College London, said the findings of harassment and abuse of scientists during the pandemic align closely with what she and many UK women colleagues who have been prominent in speaking to the media have endured.

“The online abuse occurs most intensively after media engagements and especially after those that address restrictions to social mixing, the wearing of face masks or vaccination,” Michie said.

“This abuse has not put off many women colleagues I know from speaking to the media,” she said. “I think this is because they are well established in their careers and/or brave and very committed to communicating scientific understanding.

“They have also set up a variety of networks to support each other. However, I am concerned that it discourages early career scientists, especially young women and young women from minoritized ethnic backgrounds, from engaging with the media,” she said.