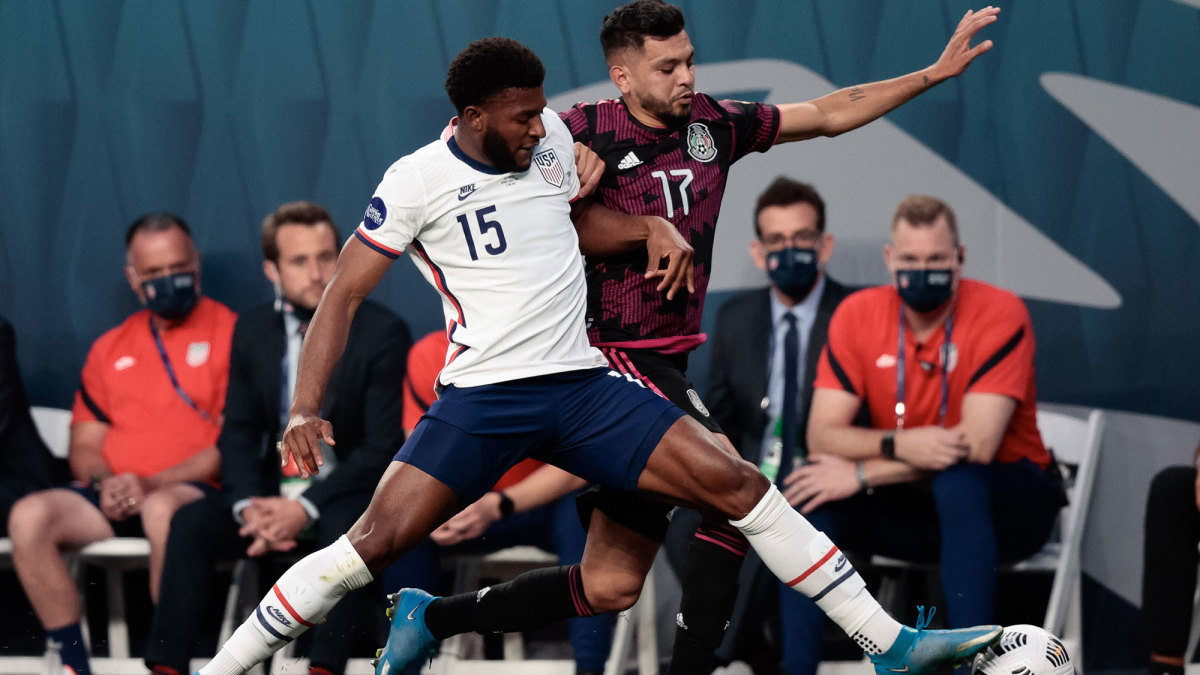 “The amount of racial abuse and personal attacks on myself and family from ‘supporters’ and ‘non supporters’ just ain’t it,” McKenzie, who is Black, wrote on his Instagram Stories late Monday.

The posting included an example of the abuse.

The 22-year-old McKenzie, who plays for Genk in Belgium, had a giveaway Sunday night that led to Jesús Corona’s goal for Mexico after only 63 seconds and was whistled for a handball in the 119th minute. Ethan Horvath then saved Andrés Guardado’s penalty kick to preserve the win.

“It’s absolutely disgusting,” U.S. coach Gregg Berhalter said Tuesday. “The guys in our business, professional sports, you take enough criticism about performance and about guys having an off game and saying you’re not a good player or something like that, and to bring something like race into it is absolutely disgusting and out of bounds and has no place for it. I’ve been following the players in England, as well, and now it hits closer to home, and we support Mark 100% and we don’t stand for any of that stuff. We have absolutely zero tolerance for things like that.

Sunday’s match in Denver was paused for about three minutes in second-half stoppage time because of discriminatory fan chants. Mexico’s semifinal against Costa Rica last Thursday also was paused because of fan chants.