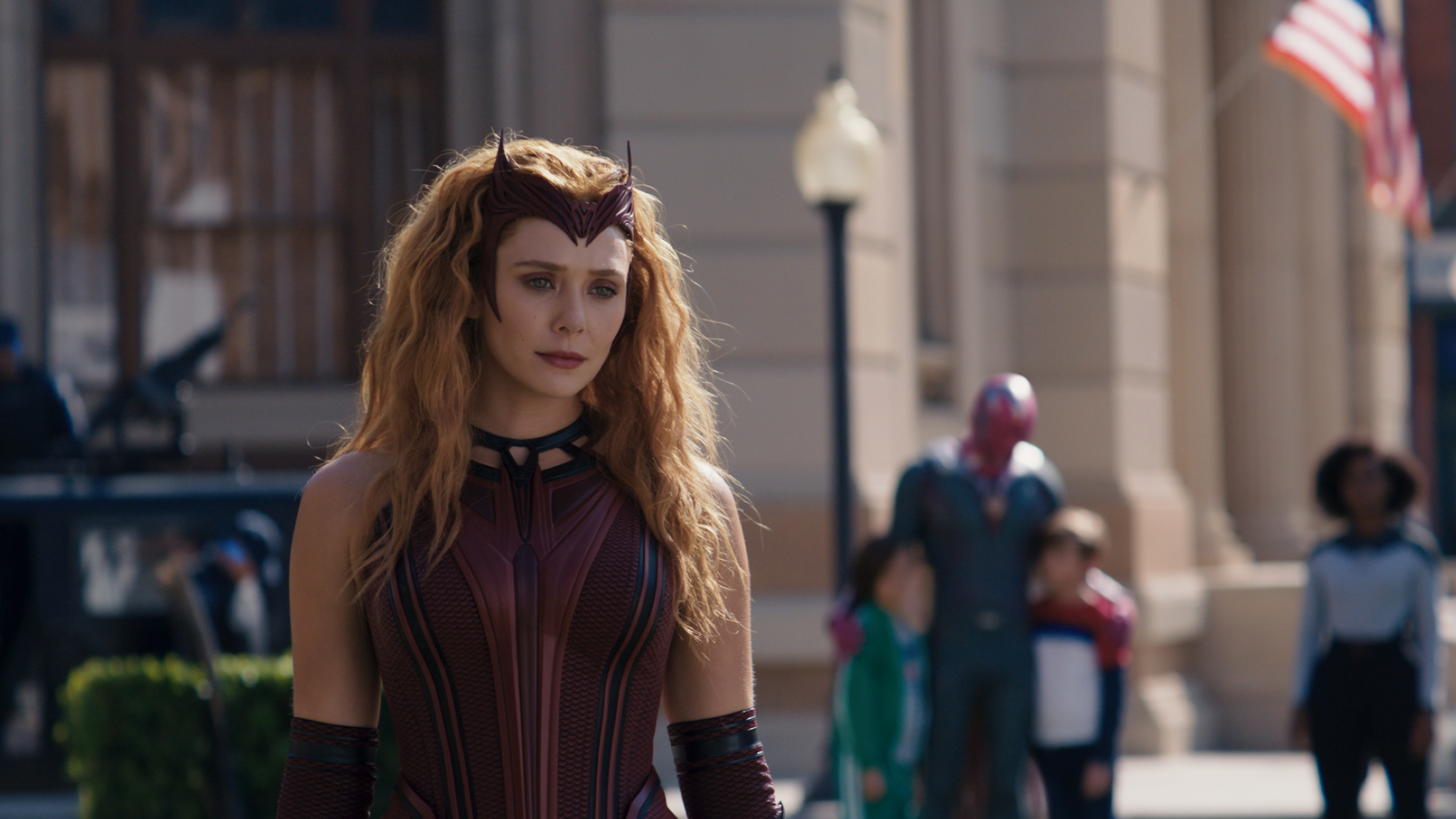 Everything in the Marvel Cinematic Universe is interconnected. That was clear from the moment Nick Fury (Samuel L. Jackson) visited Tony Stark in the Iron Man post-credits scene. In the years since, heroes came and went, planets exploded, and a purple supervillain wiped out half of all life in the universe. And yet, Marvel still finds new ways to surprise us. The newest surprise suggests that WandaVision and Loki are even more closely linked than we thought.

Shortly after the season finale of Loki hit Disney+ last Wednesday, fans noticed something peculiar. If you sync up the last episodes of Loki and WandaVision, there are some undeniable parallels.

In the same moment that Wanda Maximoff (Elizabeth Olsen) becomes the true Scarlet Witch, He Who Remains (Jonathan Majors) says this to the two Loki variants: “We just crossed the threshold.” Both of these events happen at exactly 27:55 in their respective episodes. Seconds later, it happens again. Just as Agatha hits the ground in WandaVision (28:14), He Who Remains drops something on his desk. The synchronicity is so precise, it’s hard to imagine that it was a coincidence.

Here’s a helpful video showing WandaVision and Loki running in sync with one another:

Was WandaVision a preview of the Loki finale?

There are a number of possible explanations for why WandaVision and Loki sync up. WandaVision takes place in 2023 on Earth after the Avengers beat Thanos. Loki’s finale takes place in an extradimensional citadel at the end of time. Therefore, the two shows cannot be taking place at the same time. So how else could you show how the events of one affect the other?

We know that Elizabeth Olsen will be in Doctor Strange in the Multiverse of Madness. Tom Hiddleston is rumored to be in the movie as well. We also watched the multiverse seemingly implode in episode six of Loki. All of these pieces have to be part of the same puzzle. The only question is how Marvel Studios plans to put them all together in the years to come.

Thankfully, we won’t have to wait too long to find out. It seems all but inevitable that Spider-Man: No Way Home will deal with the fallout of Sylvie killing He Who Remains. No Way Home is out this December. Then, just three months later, Multiverse of Madness hits theaters. Many of the countless fan theories should receive answers by the time Doctor Strange is back on the big screen.