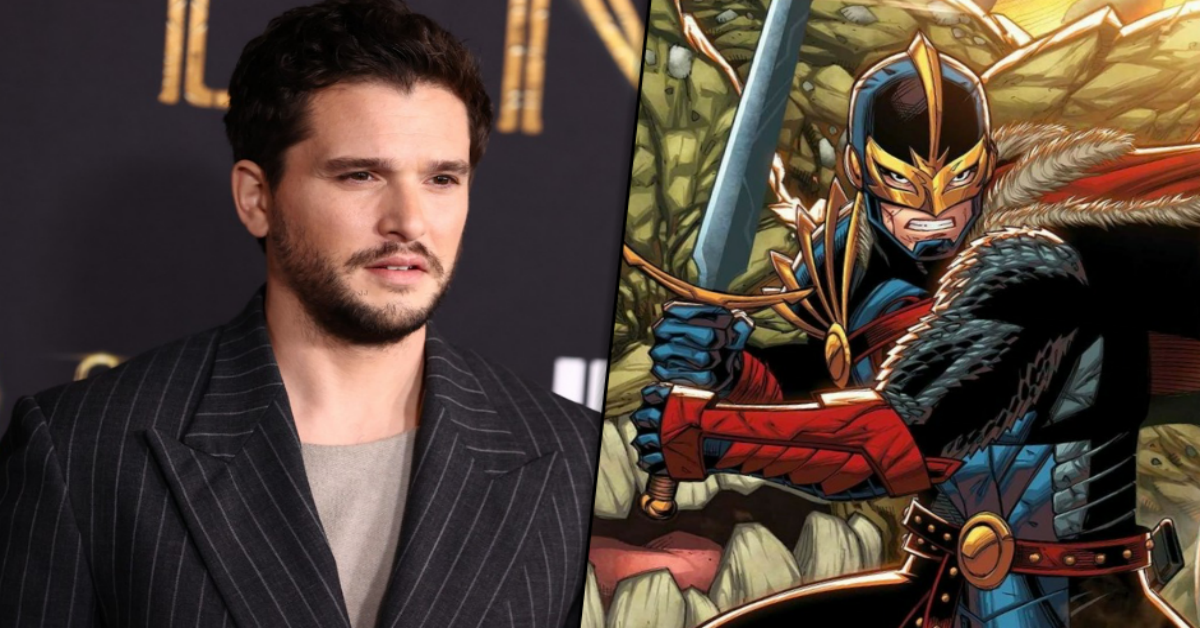 Marvel’s Eternals star Kit Harington knows nothing about his role in future installments of the Marvel Cinematic Universe, saying “nothing is certain.” What is certain: the Game of Thrones star makes his MCU debut as the human Dane Whitman, whose comic book counterpart wields the cursed Ebony Blade of medieval legend to become the Black Knight. In Eternals, opening only in theaters on November 5, Dane is the romantic partner of the superpowered and immortal Sersi (Gemma Chan), but not yet an armored Avenger at risk of being driven mad by the magical powers of his blackened blade.

“If I’m totally honest, I hadn’t heard of the character. I had to sort of read up on him and try not to fall down too many black holes on the internet and just see what the basics were,” Harington told Variety of the lesser-known superhero introduced in the pages of 1967’s Avengers #47. “But the essence of the character and his powers seem to me very interesting. God knows where it’s gonna go. So I don’t know, I can’t predict whether, where, if anywhere, they’ll take the character. But the basics of him having something that seems to be cursed, I thought, had a lot of meat to get into.”

Eternals may or may not leave off with a hint at Dane’s future in the MCU, but Harington notes “nothing is certain” because of the nature of the business.

“That’s the first thing you learn in this industry. There is no certainty. To go in with any kind of feeling that something’s certain is setting yourself up for failure,” he said. “I genuinely do go by the rule that this is the project, this is what I’m doing. I take it with the information that there’s a path and a future that could happen.”

He added: “But I don’t assume that that future is going to happen, because I think that’s foolish.”

Eternals producer Nate Moore has hinted at a larger role for Harington’s Dane in a sequel or spinoff elsewhere in the expansive MCU, telling ComicBook during a set visit in January 2020: “We think he’s interesting and a great character…But we very much explored the relationship between Dane Whitman and Sersi, which is something, for comic readers who loved the Avengers in the ’90s, was very relevant and sort of plant the seeds that there could be more.”