Masvidal lays out terms for BMF title fight with McGregor 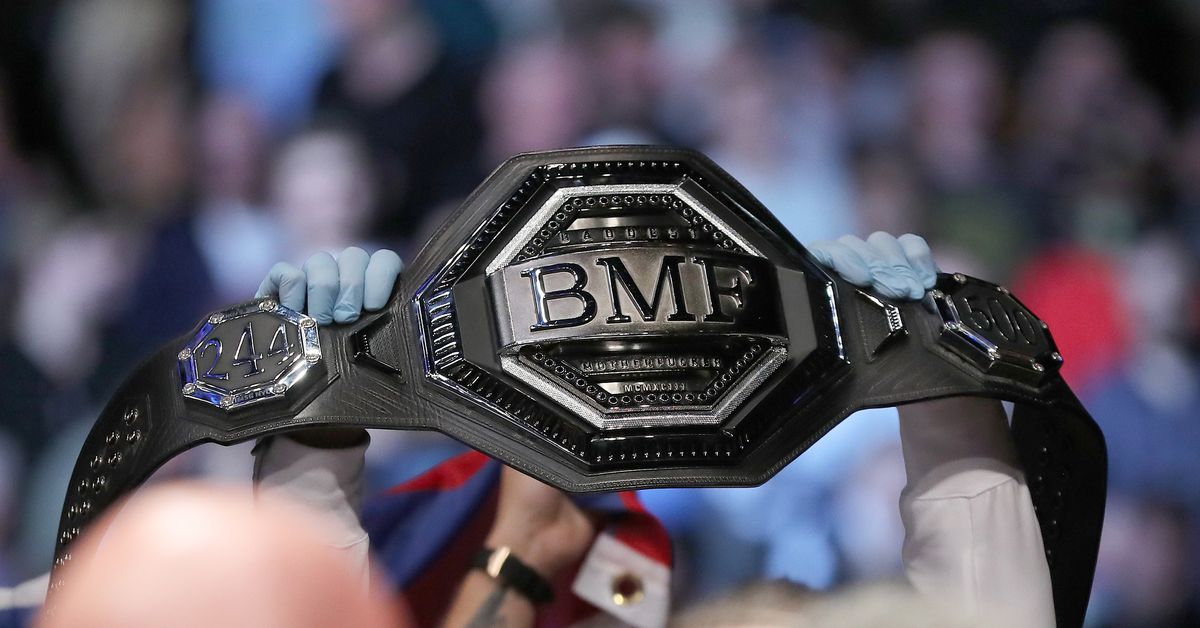 Few things in the UFC are sillier than the Baddest Motherfucker (BMF) belt. The novelty hardware, which started as a meme, was given to Jorge Masvidal after he beat Nate Diaz by TKO (cut) at UFC 244 in 2019.

It seems as though Masvidal thinks the title is real. And that he hasn’t lost it, despite his last three contests ending in defeat.

Gamebred recently appeared on the Blockparty podcast, where he was asked if he would put his ‘title’ on the line versus a returning Conor McGregor.

Masvidal said he would be happy, too. But not for free.

Masvidal’s win over Diaz came on the heels of his 5-second flying knee KO of Ben Askren. Prior to that Masvidal KO’d Darren Till. Before these impressive wins Masvidal was an inconsistent midcarder, albeit with a number of wins over recognizable talent.

After beating Diaz, Masvidal found himself in the right place at the right time to take on Kamaru Usman for the UFC welterweight title. That fight happened at the outset of the COVID-19 pandemic after the previously announced title challenger Leon Edwards was grounded in the UK.

Masvidal lost a unanimous decision to Usman and then sat out nearly a year before being given a second shot against ‘The Nigerian Nightmare’. That fight, at UFC 261, ended in a KO loss.

In March Masvidal lost a unanimous decision to Colby Covington. Masvidal is accused of ambushing and sucker-punching Covington outside a Miami restaurant in the weeks following the fight. Masvidal was charged with felony assault over that alleged incident.

McGregor has been out of action for a year after he suffered a broken leg in a TKO loss to Dustin Poirier. The Irishman appears fully healed and it is speculated to return later this year. Among his rumoured comeback fight opponents are Masvidal, Michael Chandler and Charles Oliveira.

Ramos breaks down spinning elbow KO: ‘He had nowhere to run’
WTF: Jumping headkick knockouts or spinny stuff and elbows? Why not both?