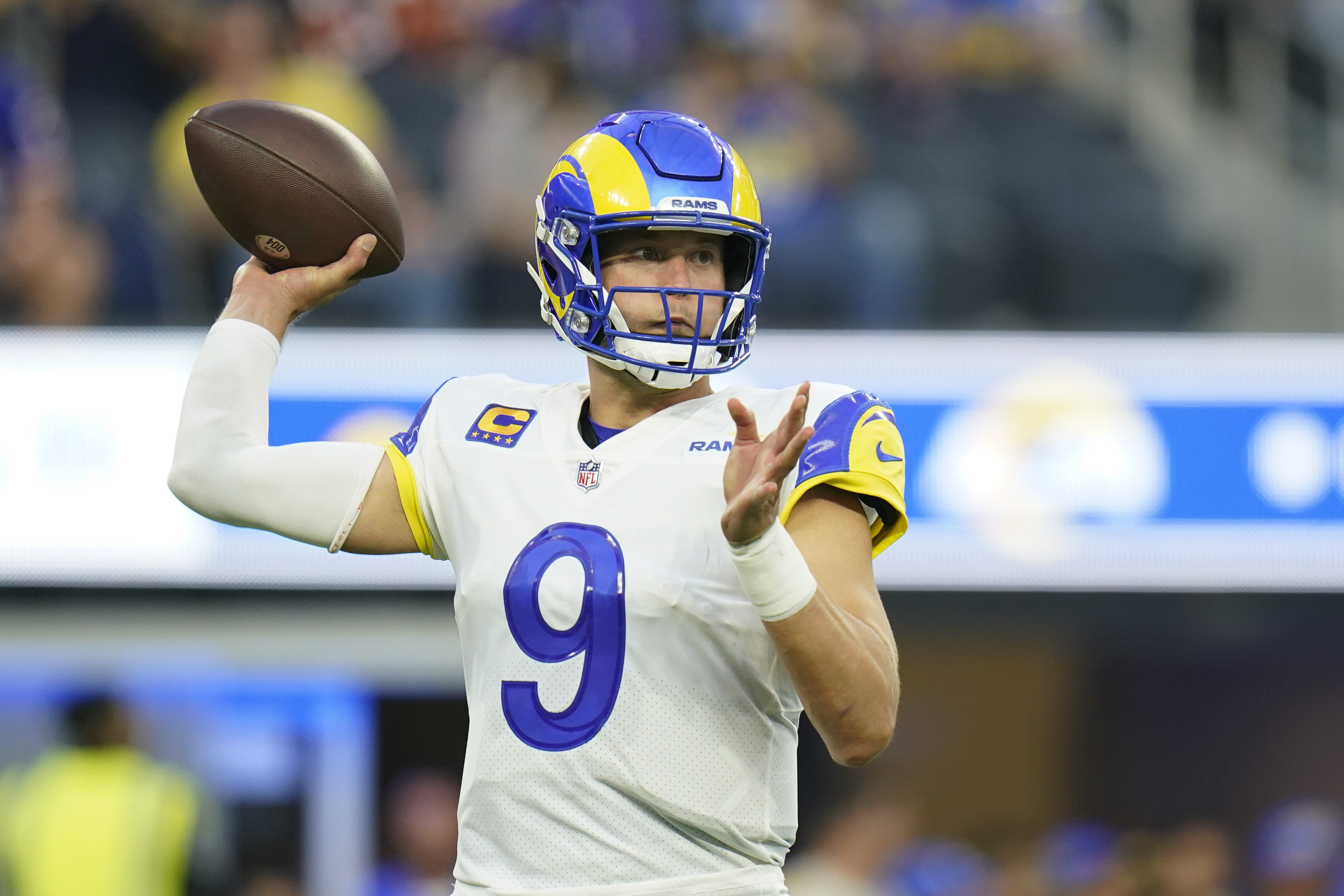 The Los Angeles Rams defeated the Chicago Bears for the third straight season.

Los Angeles beat Chicago 34-14 in Sunday’s NFC showdown at SoFi Stadium to kickstart the Matthew Stafford era with a win. Stafford and Cooper Kupp led the way for the Rams, who improved to 1-0 as they look to reach the playoffs for the fourth time in five years.

A solid showing from David Montgomery wasn’t enough for the Bears, who began the season with Andy Dalton under center and may face more quarterback questions after the loss.

🗣️ GOT IT DONE AT THE #RAMSHOUSE TO OPEN UP 2021! pic.twitter.com/vImzTeLFLP

The Rams featured a dominant defense last season but had a clear ceiling with Jared Goff under center. That ceiling turned out to be a two-touchdown loss in the second round to the Green Bay Packers, so the team decided to trade for Stafford.

First up was a showdown with a familiar Chicago defense he faced many times when he was in the NFC North as the leader of the Detroit Lions. He looked more than comfortable from the start when he unleashed a perfectly placed deep ball to Van Jefferson for a touchdown to open the scoring.

While the offense stalled for stretches after the early explosive play, Stafford looked brilliant again when he started the second half. He uncorked another vintage deep ball to a wide-open Kupp for a 56-yard touchdown to open up a two-score lead.

Stafford gets his first TD as a Ram 🙌

Stafford is LETTING IT FLY 😳

Stafford throws his 3rd TD of the night! #RamsHouse

Matthew Stafford has been a dog all of these years. A lot of folks don’t know that because he was trapped in Detroit. pic.twitter.com/zGunBtzy72

I know it’s only 1 gm, but Stafford looks unbelievable in this Rams offense. No one can deny that. #NFLSunday #BearsvsRams.

The deep balls were the type of throws the Rams were missing at times with Goff last season.

Stafford and the Rams offense had an answer every time Chicago threatened. He had all day to throw a number of times, which was a credit to the offensive line. Kupp continued to find openings in the secondary, and Tyler Higbee came through with several important catches to keep drives alive.

Throw in Darrell Henderson Jr. churning yards and clock in the fourth quarter, and the offense was in full control throughout the win.

Frankly, the offense simply has to be above average to compete with all the talent on the Rams defense. It looked much better than average Sunday.

The quarterback position is going to be under the spotlight all year in Chicago after the team traded up to select Justin Fields in the first round of the 2021 NFL draft.

Chicago has been starving for a franchise quarterback for decades, and Fields looked the part at times during the preseason. However, head coach Matt Nagy decided to play it safe and start Dalton against a daunting Rams defense. It immediately backfired when the veteran wasted a promising opening drive by throwing an interception to David Long Jr. in the end zone.

It surely wasn’t lost on Bears fans that Fields came in for one play and threw a perfect strike right before the interception, and Dalton’s struggles continued when he threw behind Allen Robinson on a failed fourth down and then lost a fumble.

David Montgomery puts the Bears on the board 🐻

Justin Fields comes into his first game locked in 🎯

Justin Fields’ first NFL snap in the regular season came on 2nd-and-10 from LA’s 12. He completed a 9-yard pass to WR Marquise Goodwin. What happened next for the Bears? False start, timeout and then Andy Dalton gets picked off in the end zone.

That’s a Matt Nagy special on how to kill a drive. Get to the 50 after a solid gain with a penalty, and then run a gimmick play and a short screen on back-to-back plays. #Bears

The game looked well on the way to a blowout, but Montgomery put the team on his back and helped it pull to within 13-7 at the half. Montgomery was impressive as he ran through arm tackles and scored the visitors’ lone touchdown before intermission.

Unfortunately for the Bears, the running back went to the locker room for a stretch in the third quarter. So they improvised and played Fields inside the 5-yard line, and the rookie rewarded them by running it in for his first career touchdown to keep the visitors within striking distance.

Montgomery eventually returned, but the reality that he played so well and the offense still struggled to build consistent momentum further underscored the obvious ceiling with Dalton. He rarely even looked downfield and didn’t even have the arm strength to squeeze the ball through holes if he tried.

Never was that clearer than a 4th-and-15 in the fourth quarter when he floated it short of the sticks and all but ended the Bears’ chances at a comeback. Chicago’s vaunted defense was also nowhere to be found when it needed a stop, and this team looks nowhere ready to compete in the NFC as currently constructed.

The Rams are at the Indianapolis Colts in Week 2, while the Bears host the Cincinnati Bengals.