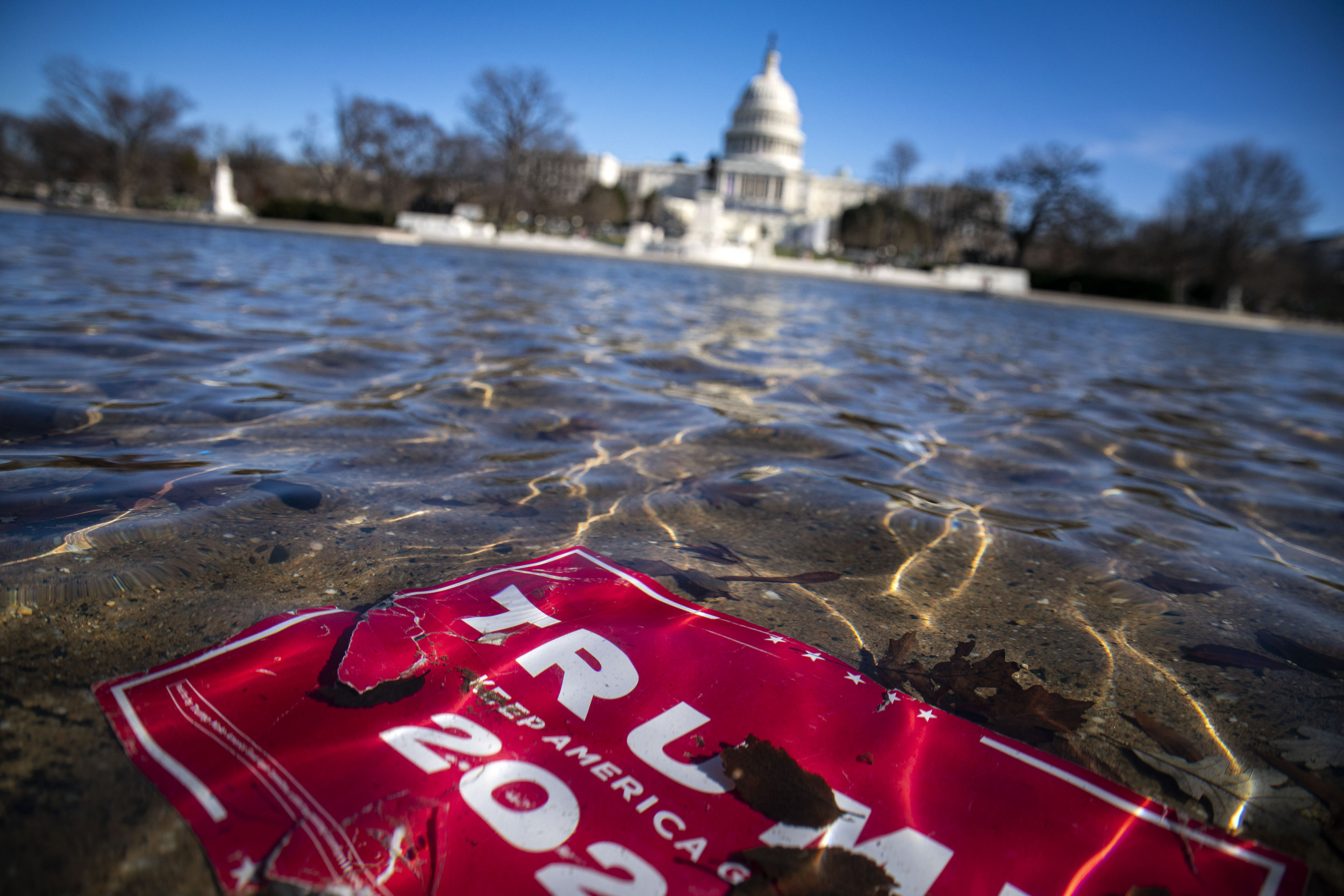 Of the six Republicans who were selected to be part of Speaker Nancy Pelosi’s special committee to investigate the Capitol riot, only one voted to impeach former President Donald Trump for his involvement.

The January 6 Capitol riot drove a wedge in the Republican Party, largely in part because of the divide between members over whether Trump was accountable. Frustrated with Republicans blocking the formation of an independent commission, Speaker of the House Nancy Pelosi announced the creation of a select committee to investigate the Capitol riot on Thursday.

In announcing the committee, Pelosi said she hoped that House Minority Leader Kevin McCarthy would appoint “responsible people” to represent Republicans on the committee.

The House minority leader kept his picks close to the chest and hedged on whether he’d even make appointments, days before announcing who he would choose. McCarthy hopes to have Representatives Jim Banks, Jim Jordan, Rodney Davis, Kelly Armstrong and Troy Nehls representing the Republican side.

McCarthy’s decision to put Republicans on the committee that opposed Trump’s impeachment is likely to garner points with the former president. However, it yields itself to furthering the partisan cloud that’s been over Congress since before President Joe Biden took office. Picking Ohio Rep. Jordan, a staunch Trump ally, is a sign Republicans intend to push back on any indication that blame for the riot falls on the former president.

However, it’s not clear, yet, if any of those Republicans will serve on the committee. Pelosi has the final say as to who gets to be on the committee and some were pushing her to veto Jordan because of his support of Trump’s election fraud claims.

The committee is likely to investigate Trump’s role in the riot, which is almost guaranteed to cause tension with Republicans. The former president is a frontrunner for the Republican presidential nomination in 2024 and is still largely seen as the leader of the party despite leaving office. It’s caused tension between Republicans who accept Trump as the head of the party and those who seek to distance themselves.

Regardless if Pelosi accepts all of McCarthy’s picks for the committee, there will still be one Republican on it who voted to impeach Trump: Representative Liz Cheney. She is a leading voice for those who feel the party needs to move away from Trump. A vocal critic of the former president, Cheney voted to impeach him for a historic second time.

Originally backed by McCarthy, the House minority leader broke from Cheney and supported the successful effort to oust her as Republican Conference Chair. Pelosi appointed Cheney to the committee and her acceptance of the position surprised McCarthy, who speculated that the Wyoming Republican may be closer to Pelosi than her own party.

Democrats on the select committee could have unilateral power to subpoena witnesses and it’s possible McCarthy could be called to testify. Pelosi declined to say whether she thought the top House Republican should answer questions, but his conversations with Trump during the riot have been a topic of conversation.

McCarthy, who initially placed responsibility on Trump for the riot, later defended the president. In April, he told Fox News anchor Chris Wallace that he was first to contact Trump on January 6 and the former president told him he would “put something out to make sure to stop this,” pointing to the video Trump put out on social media.

The video came under criticism for being too little, too late and McCarthy’s comments contradict previous reports that Trump had little sympathy for Congress during the insurrection. When pressed as to whether Trump told him that the rioters were “more upset about the election than you,” McCarthy dodged the question and told Wallace that “my conversations with the president are my conversations with the president.”

McCarthy previously said he would be willing to testify about his conversation with Trump if there was a congressional inquiry, but he criticized the select committee for surely being political.

The select committee is officially tasked with identifying the causes of the Capitol riot and reporting recommendations to prevent future attacks, according to Pelosi.