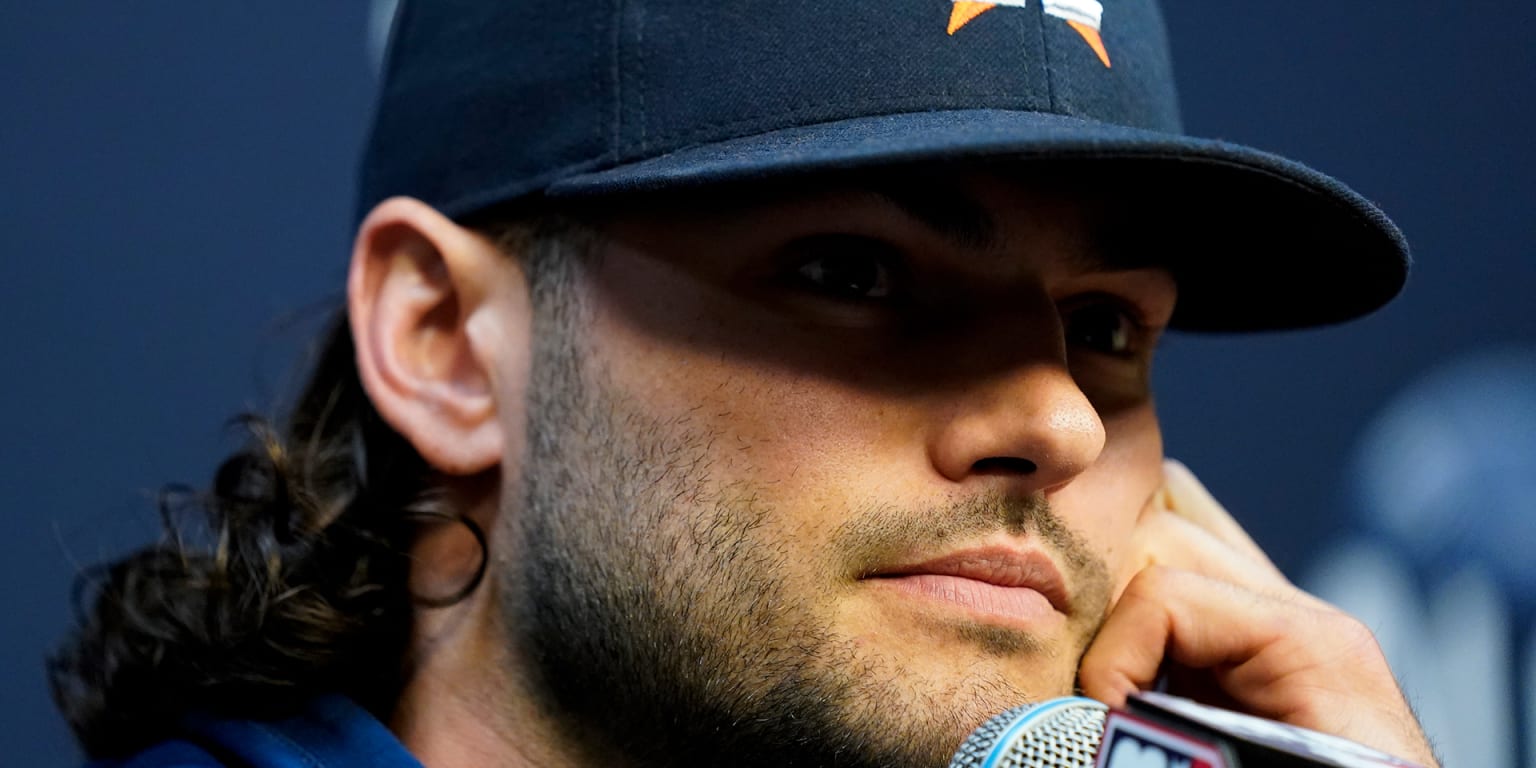 HOUSTON — Lance McCullers Jr. made official what he and the Astros had feared since he sustained a forearm strain on Oct. 12 and only became increasingly evident over the past several days: Houston’s ace won’t pitch in the World Series, which begins Tuesday night at Minute Maid Park.

McCullers made the announcement Monday afternoon during the Astros’ media day, saying he and the club tried to push as hard as possible and remained hopeful that he could return in some role, but McCullers “just couldn’t make it back to throwing.” In 2018, he pitched in relief through a torn ulnar collateral ligament in his right elbow during the American League Championship Series against the Red Sox. McCullers eventually underwent Tommy John surgery and missed the entire 2019 season.

The injury this year didn’t lead the 28-year-old down the same path.

McCullers sustained a forearm strain during Game 4 of the AL Division Series, an injury that typically includes a six- to eight-week break before being able to pick up a baseball again, according to the right-hander. He expects to be ready for Spring Training in 2022.

“We’re hoping that in a couple weeks, when I would pick up my normal offseason workout routine and things of that nature, that I won’t have many restrictions,” McCullers said. “And then we can just flow into pitching in January. [Dr. Neal] ElAttrache has seen the MRI, things of that nature. He told us that he doesn’t believe anything is wrong with the UCL, anything like that. Just a pretty solid forearm strain that I had there in Chicago.

“We knew that it was less than a 1 percent chance that I would have a role in this series, but there was no point to write me off until we had to.”

McCullers acknowledged his disappointment but has had time to come to grips with it: He left his final start after four innings with right forearm tightness and was left off the roster for the ALCS. It was and continues to be a huge blow to the Astros’ pitching staff — McCullers signed a five-year, $85 million contract extension in the spring that’s set to begin next year and responded with the best season of his career, finishing 13-5 with a 3.16 ERA that was second in the AL.

“He’s meant so much to this team,” third baseman Alex Bregman said. “He’s a leader, and although he’s not on the roster, he’ll find a way to help guys out during this World Series. … He’s a competitor, and it rubs off on everyone around him. He’s a great teammate, and he’s meant so much to not only this team but the city as well, with everything that he’s done to help people here in Houston.”

In McCullers’ first postseason start this season, he held the White Sox scoreless for 6 2/3 innings on Oct. 7.

“The worst thing is I just feel like I can’t be there for the team in the way they need me the most, which is on the field,” McCullers said. “… When you have a team like that, and you’ve been to the postseason so many times, and the World Series is your goal, Spring Training and the season is almost just something you have to do because this is where you want to be, this is where you hope to be.

“For me to not be able to pitch when I feel like these are the moments that I dream of, the moments I’m kind of built for, is probably the worst part.”

Young starters Framber Valdez — the Astros’ Game 1 starter — and Luis Garcia can lean on McCullers’ experience when they need it, and McCullers said he’ll help out pitching coach Brent Strom and starting catcher Martín Maldonado with game planning if they need it.

“I’m not going around each locker dropping off scouting reports, but I’ve definitely been there for some guys last round that asked me specifically,” McCullers said. “And I’ll continue to do that. And if not, I’ll sit there and clap as loud as I can and offer water and bananas to Maldy. And that’s all I can do.”